Puck fans have really been enjoying 2011-12 NHL Artifacts and with plenty of great content, that is certainly no surprise. The rookie redemption cards returned this season and as we wait for teams to have rookies skate and look to fill in wild card slots, we anticipate we will be able to finalize that checklist in early December. We can get cooking on the production process after that. There was a new addition to this year’s product however that we can finalize the checklist a little earlier; the sixteen autographed rookie redemption cards.

You’ll know if you pulled one of those because they were marked with a roman numeral on them. Our thinking was to have the top rookie at I, the second best rookie at II and so on. There was a lot of disputing amongst our hockey team about where each player would be slotted, but in the end we think we got it right. We have now finalized the checklist for these cards and are working on the production process along with autograph acquisition. Take a look at the checklist and card I in the set of Ryan Nugent-Hopkins. 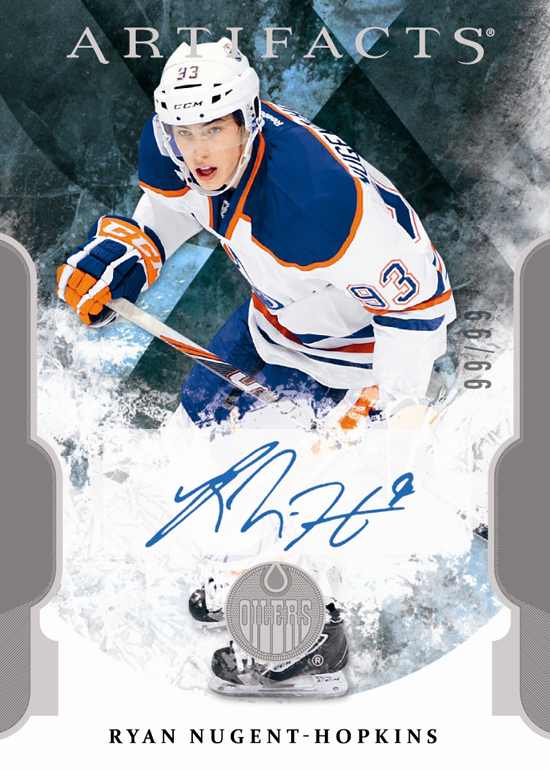