If you didn’t get a chance to catch any baseball last night you definitely missed out. On September 28, 2011 the most unlikely turn of events happened for the Tampa Bay Rays. The Rays were trying to make the most of a tailspin the Red Sox found themselves in the midst of. Standing in their way however was the New York Yankees.

In the bottom of the eighth inning, it looked as if Tampa Bay’s season was about to come to an end. And how could it look worse being down 7-0 to the New York Yankees with fans leaving the stadiums and the parking lot emptying. What happened next was like watching Team USA in the 1980 Winter Olympics. I can’t imagine how sick people who left the stadium feel today having missed out on this amazing moment.

It all started out innocently enough when Johnny Damon hit a single to left center. Next thing I know its 7-3 with two outs, two men on base and Evan Longoria coming up to the plate. The first pitch came through at a blazing 91mph; Longoria sent it screaming 410 feet away into left field for a three-run blast. And all of a sudden the fans remaining were on their feet and the Tampa Bay Rays had a chance to make the postseason. 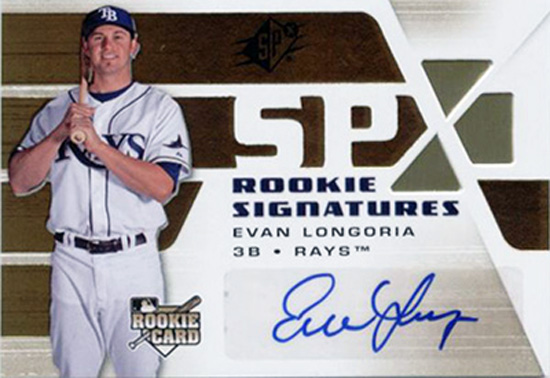 The Rays made quick work of the Yankees in the top of the ninth inning with three up and three down. With the season on the line for Tampa Bay in the ninth inning, Casey Kotchman came up first for the Rays and grounded out to third. Next on the lineup was Ben Zobrist who flied out to center. With just one out left, Joe Maddon proved his managerial process by calling Dan Johnson off the bench to pitch hit. In a moment that will now be a memorable part of the Tampa Bay franchise’s history, Johnson sent the ball soaring into right field near the foul pole, it stayed fair, and Johnson’s 343-foot home run tied the game.

What is so crazy was that Boston was in the midst of a rain delay in Baltimore and when they came back out to play, they had to see the Rays had come roaring back to life. All they had to do was cling to their lead with their ace closer Jonathan Papelbon set to finish off the Orioles.

The tenth and eleventh innings came without much happening. Meanwhile in Baltimore the Papelbon had blown the save and the Orioles defeated Boston 4-3. Then the bottom of the twelvth rolled around back in Tampa. With the game still tied up 7-7, Evan Longoria came up to bat after B.J. Upton struck out swinging. With the count at 2-2 and one out Longoria saw a fastball come from Scott Proctor and he ripped it to left causing pandemonium in the stadium as it became clear, the Tampa Bay Rays were going to the playoffs.

While they Tampa Bay Rays have never had a huge fan base, moments like last night certainly made some new ones for the team. And with that, collectors are likely reinvigorated about collecting cards from players like Evan Longoria. I’m sure more than a few collectors spent last night or this morning going through old boxes just looking for cards of Dan Johnson. So did you? And if so, did you find any??? 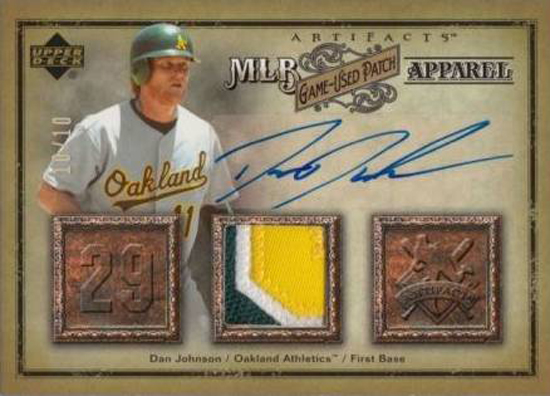 Do you have any cards of the unlikely hero of last night's game?


Was a great game! Even though i am a yankee fan, i wanted tampa to win to get rid of Boston lol.