Is burnt orange the most prevalent color in your wardrobe? Have you ever named one of your pets Bevo? Do you use “Hook ‘em Horns” as a way of saying hello or goodbye? If you answered yes to any of these questions, you will be thrilled with the new college football trading card product coming out this November. Through Upper Deck’s exclusive agreement with the Collegiate Licensing Company, the trading card company will be producing a standalone trading card product commemorating the rich history of the Texas Longhorns Football program. 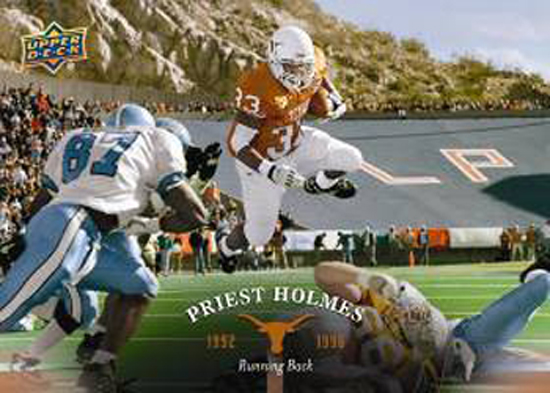 The 100-card base set will also include 20 “Monumental Moments” cards that capture those special moments that gave Texas fans goose bumps through the years. From the first bowl game victory in 1943 against Georgia Tech to the “Game of the Century” in 1969 against Arkansas on to the 2006 Rose Bowl victory over USC; Upper Deck chronicled all those memories for UT fans. 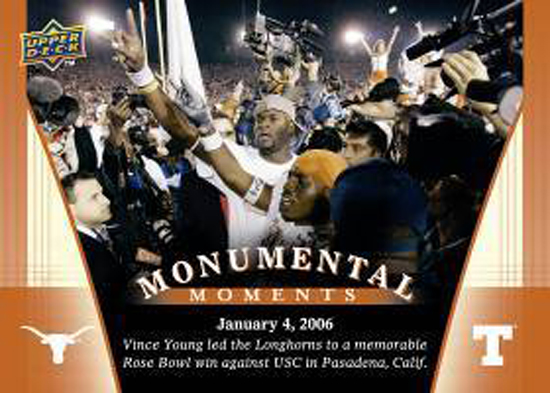 This is the most comprehensive University of Texas Football set ever assembled. Each hobby box will contain one autograph card from a Longhorn great, and two special light F/X Texas Icons inserts! Every box is loaded with cards of 192 Longhorns legends (24 packs with 8 cards per pack)! 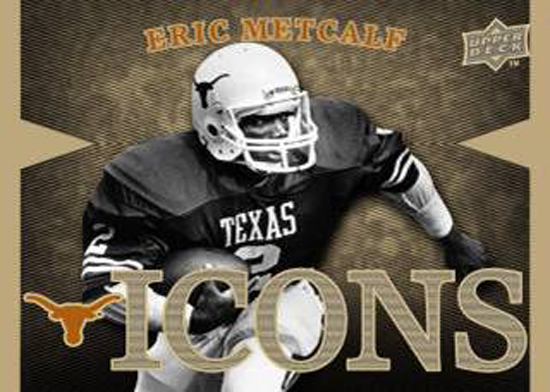 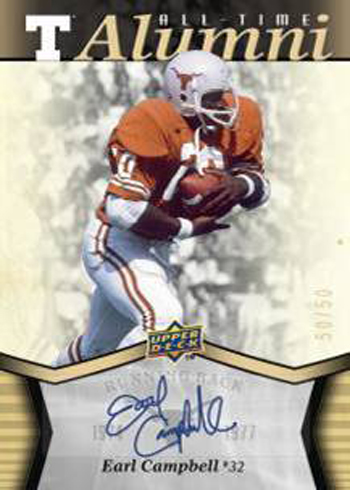 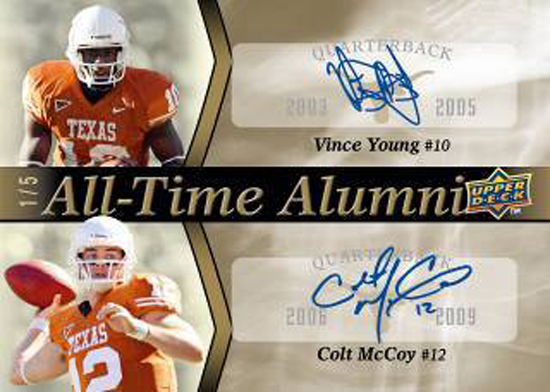 Upper Deck has a special treat for those who purchase the University of Texas Football retail blaster boxes! Fans can find one replica championship pennant per blaster box, showcasing the years Texas has won it all: 1963, 1969, 1970 and 2005. 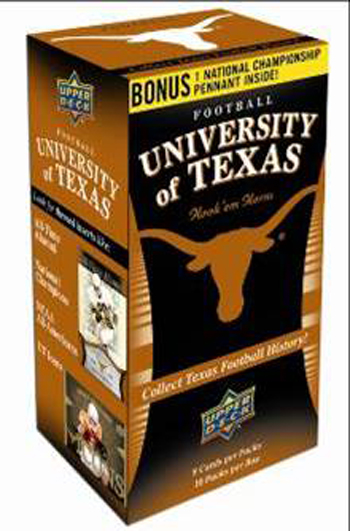 But how do you get your hands on your Upper Deck University of Texas Football boxes? Well first you need to be a little patient. The product is currently scheduled to hit store shelves on November 15, 2011. If you are in Texas, check out these Upper Deck Certified Diamond Dealers who will be loading up on the product: 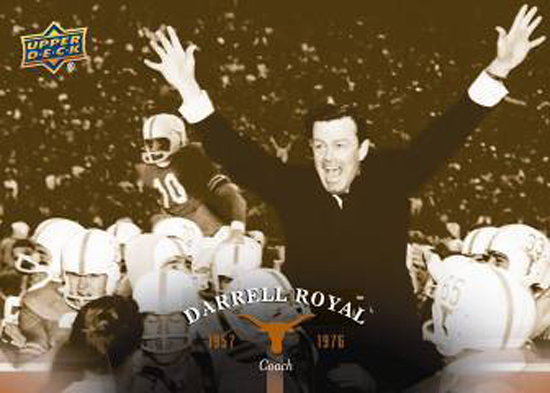 Or you can purchase through the Upper Deck online store or through our network of Authorized Internet Retailers. Enjoy and “Hook ‘em Horns!”


Everyone is invited to Sports Cards Plus in San Antonio to celebrate the release of Upper Deck University of Texas Football. This Event is so BIG we are going to make it WEEK LONG! Everyone who buys a hobby box of UT Football gets three entries to our drawing for prizes. Everyone who buys a blaster box gets one entry to our drawing. Want more? We’ve got more. Best Pull (most expensive card – per Beckett Price Guide) will win a $100.00 Gift Certificate Grand Prize, good for anything at Sports Cards Plus! More details to come at the Sports Cards Plus Website.


This is an amazing idea. Please do this for other teams! I hate Texas but I will still collect this set. Awesome!


How may I purchase in Austin or online?