There’s an old saying with regard to what a caddy needs to do to be successful; “Keep up and shut up.” Stevie Williams, the former caddie of Tiger Woods has been anything but quiet since his very public split from one of golf’s greatest players of all-time. And now that he is tending the bag for another star in Adam Scott, many people wondered how he would do this weekend at the WGC-Bridgestone Invitational. Well, Adam Scott did just fine winning the event.

The strange thing was that after the win, it seemed a bit like Stevie Williams became even bigger than Adam Scott with the spotlight clearly on him. That’s a bit of a shame considering Adam Scott played an amazing tournament and has always been a great player on the cusp. Based on the way he was playing this weekend, it didn’t appear this was just a lucky victory. Many anticipate Scott will be seen hoisting more trophies in the future and it’s hard not to agree with that.

When Adam Scott first came on the scene, Upper Deck was there. Take a look at some of the great cards UD put out when Adam was just a “Young Gun” on the tour that can be had still for a fairly reasonable price. 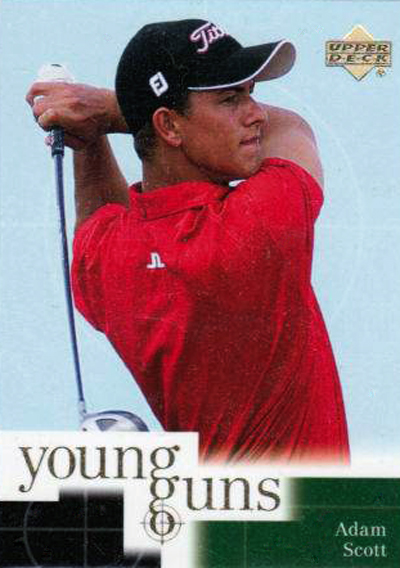 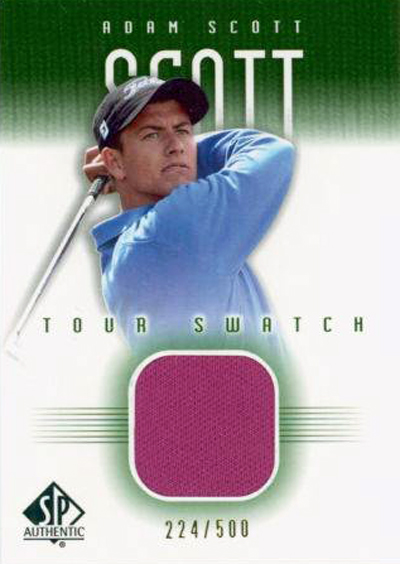 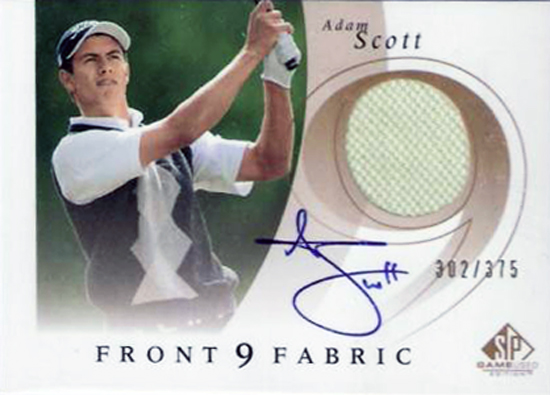 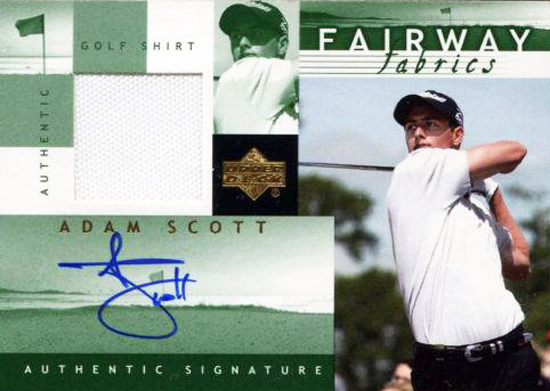 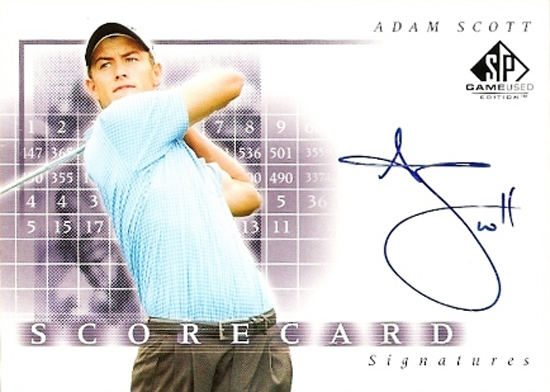 With everything going on in golf today, we think it may be time for a new golf trading card set. We have been including golfers in a variety of products like World of Sports, but we think it’s time for a set dedicated completely to golf again. Plans are already in the works to make it happen. Look for more details on that product in the future!


yes….thats what i want to hear….expanded my adam scott collection