Fans have been pretty fired up about the release of 2010-11 NHL Ultimate Collection and many Certified Diamond Dealers are moving completely through their allocations on the product. As many who have been busting through the product know, there are three “A” autograph cards inserted in each case on average. We wanted to provide some additional insight on who and what comprise an “A” hit. “A” hits are made up of autograph cards of any of these veteran players: 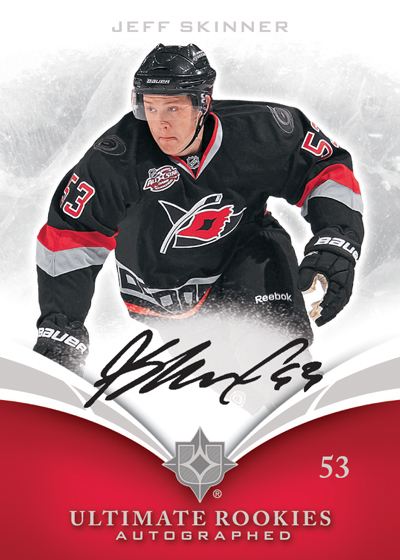 They are also made up of autograph cards of any of these rookie players: 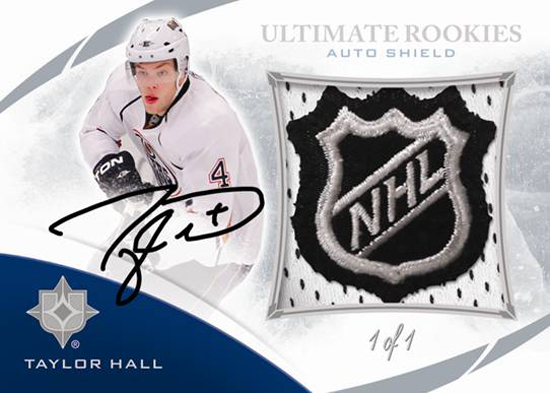 Lastly, they are made up of autograph cards from any of the following subsets or inserts:

Additionally, fans who have been looking at the checklist for the 2010-11 NHL Ultimate Signatures insert set have likely noticed references to “Group A”, “Group B” etc. We wanted to clear up what those letters correspond to as well. Unlike the other signed cards within 2010-11 NHL Ultimate Collection, the Ultimate Signatures are NOT serial numbered. Those cards have specifically been designed without serial-numbering to allow some flexibility during the process of putting the product together.

In years past, we’ve provided limited information on occasion regarding which cards from the Ultimate Signatures insert set were scarce short-prints. In an effort to provide consumers with better information on these cards, we’ve incorporated a system whereby the checklist is broken into specific tiers of scarcity by grouping the toughest cards together and labeling them as “Group A” and repeating the process with subsequent groups that carry more prevalent print runs.

The official breakdown for the 2010-11 NHL Ultimate Signatures checklist is as follows: Finally, collectors should note that though the print runs for individual cards within each group are not exactly equal, the quantities are generally within a few cards of one another and often exactly equal to one another.