Upper Deck’s recent release of 2011 Goodwin Champions has been a lot of fun for collectors to open with so many unique painted images and interesting content. Some collectors have been coming across some interesting variation cards that have not been announced, until now. Upper Deck created some rare variations cards for the set that are likely to have some great value for collectors lucky enough to pull them. 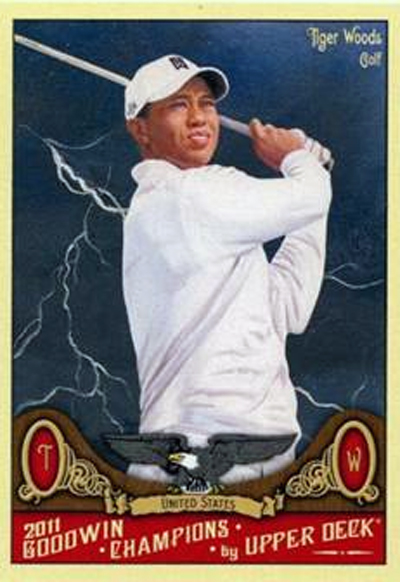 If you pull a 2011 Goodwin Champions card with this background, you have truly captured lighting in a bottle!

Additionally, we created a different type of variation card in the set as well called the “Reveal Variation featuring Lou Brock and Jimmy Carter. We used a unique photograph of Lou Brock with Jimmy Carter taken at the White House on September 24, 1979. In the photo Brock is seen presenting President Carter with a pair of his baseball cleats and a game-used bat after Brock became a member of the 3,000 Hit Club. 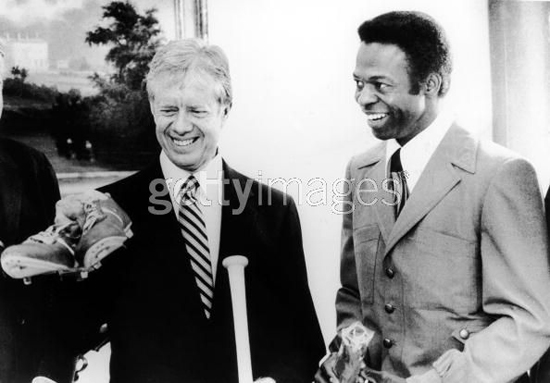 This image was the inspiration for the "Reveal Variation" painted card of Lou Brock and Jimmy Carter.

We took that image and made Brock’s standard card as seen below: 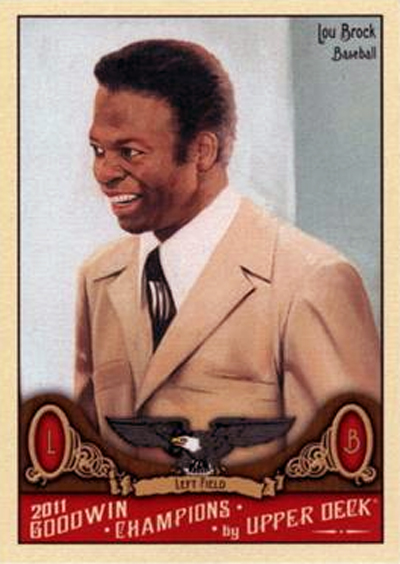 But we also produced a very rare “Reveal Variation” that shows the whole picture. This is an extremely tough pull, appearing in less than one in six cases on average. 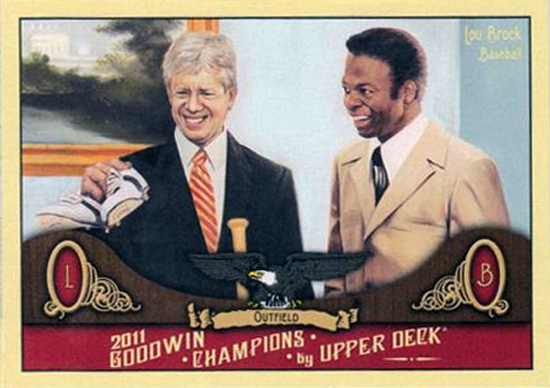 One last thing of note with regard to unannounced inserts in 2011 Goodwin Champions. We also released some very limited “Sports Royalty” hard-signed autograph cards in hobby boxes. The complete checklist, broken into tiers by scarcity is listed below: