My goal as Upper Deck’s Customer Care Supervisor is to help educate our collectors and fans so they can have a better experience with our collectible products. I’ve found that we get a lot of similar calls into our call center so it is beneficial to share what those questions are and provide answers in a public format here on the blog. You will find some really great information about our industry just by going through some of these “Ask UD” segments here on the blog. If you have questions yourself, please feel free to leave a comment and “Ask UD!”

Ask Upper Deck: Where can we get soccer cards of players from the Women’s World Cup?

Gregg Cacioppo: With the American women having performed so well in the 2011 Women’s World Cup, there has been a tremendous amount of interest in soccer trading cards of the ladies. Upper Deck has autograph deals with many of the top female stars and you can find cards of these players in packs of 2010 Upper Deck Soccer, 2010 Upper Deck World of Sports, 2011 Upper Deck Soccer and 2011 Goodwin Champions. Besides regular, parallel and rookie cards, you can also find game-worn memorabilia and autograph cards of many of these top stars like Hope Solo, Alex Morgan and Abby Wambach in particular. It’s not just American players either, we have also featured international female stars like Marta from Brazil and Aya Miyama from Japan on trading cards. 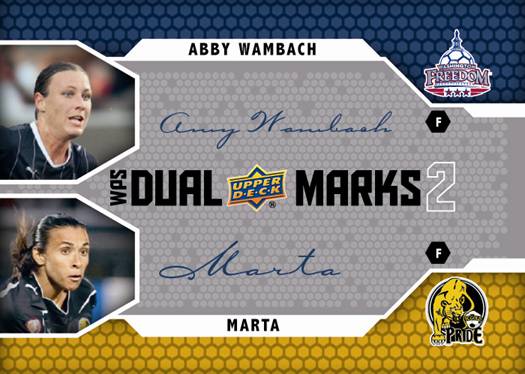 Wambach and Marta had an amazing battle as the American women bested Brazil.

These types of players are slated to appear in future releases as well. Upper Deck has secured autograph deals with Amy Rodriguez, Jill Loyden, Lori Lindsey, Nicole Barnhardt, Shannon Boxx, Tobin Heath, Alex Morgan, Abby Wambach and Hope Solo to appear in 2011 World of Sports as well as a special high-end soccer release we will be announcing soon. Values on many of the cards in the market are going through the roof after the Women’s World Cup and Upper Deck is thrilled to be able to bring fans these top stars. 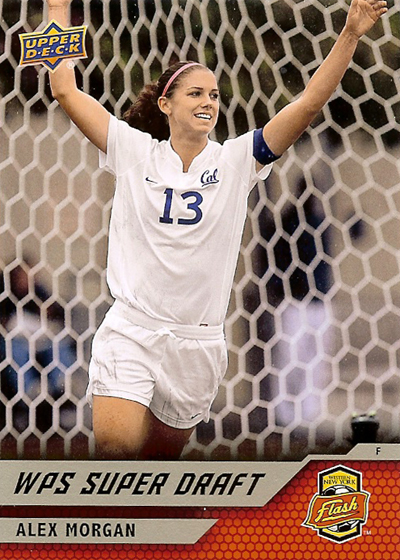 Ask Upper Deck: When can we expect to receive our Goodwin Champions Entomology redemptions?

Gregg Cacioppo: We are working diligently on these cards right now. They are actually assembled by hand so the process is a little slow, but it is important to us to take the time to do these right. As you can see by checking out examples of some of these first cards, taking that extra time is worth it as these cards look fantastic. The production process should last a few more weeks and then we can begin the packaging and shipping process. We will be sharing information on when exactly they will be shipping as we get closer to starting that process. 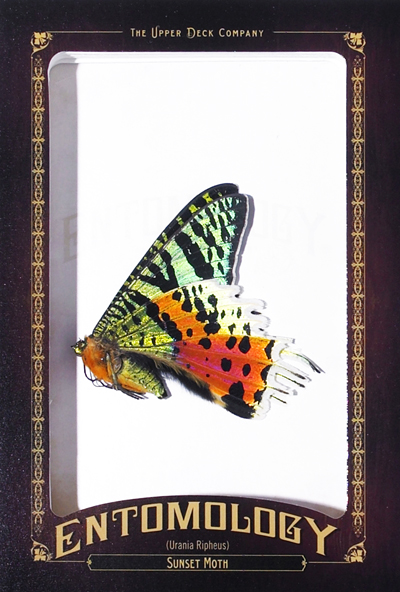 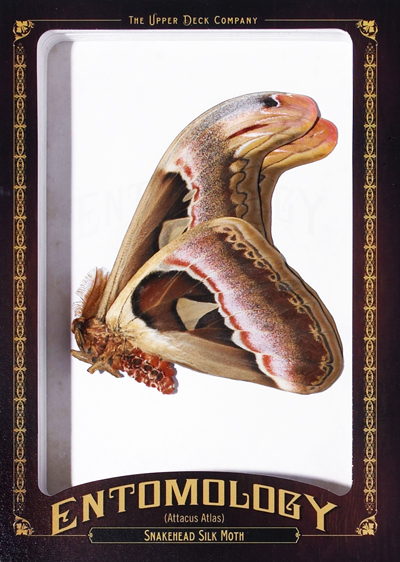 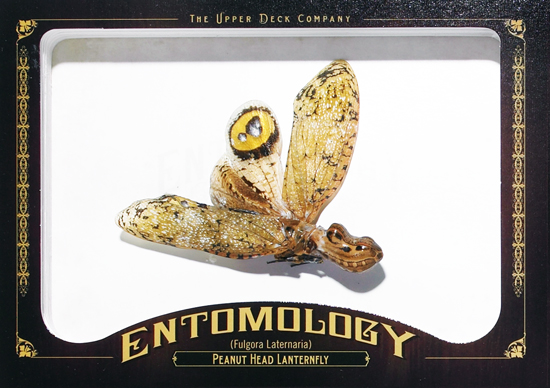 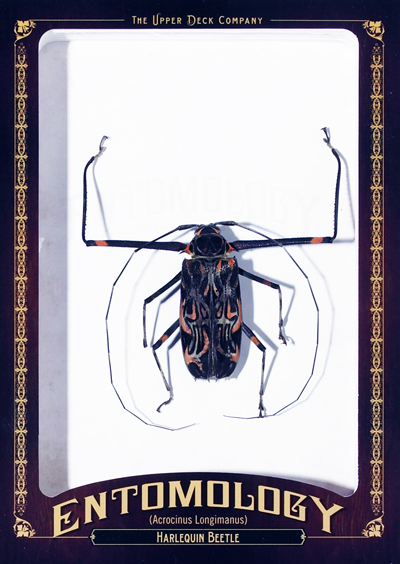 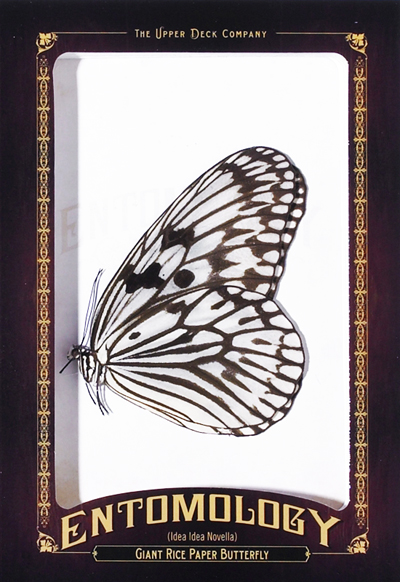 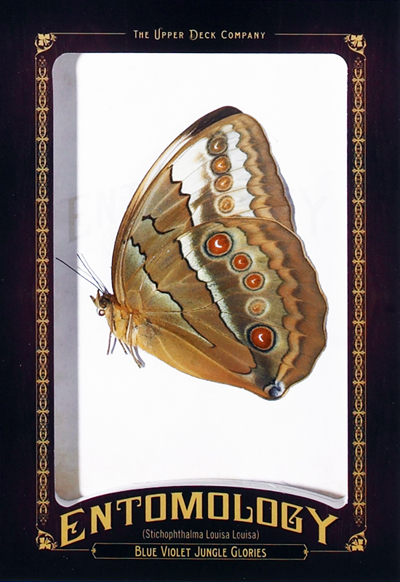 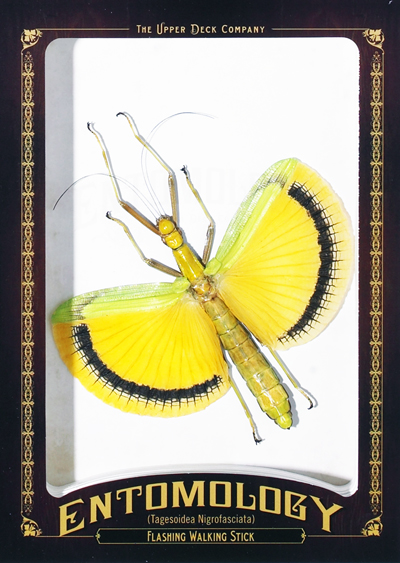 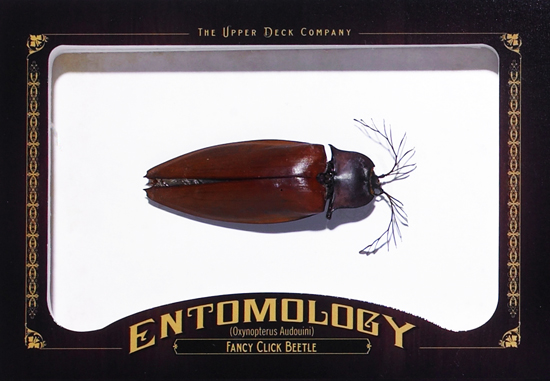 Gregg Cacioppo: Last week was a good week for our Athlete Relations team as we were able to track down a few signers at the ESPY Awards in Los Angeles. We were happy to coordinate signing sessions with legends like Julius Erving and Larry Bird. We also secured some signing time with reigning Heisman Trophy winner Cam Newton. Events like that provide us a great opportunity to acquire autographs of several players at once. 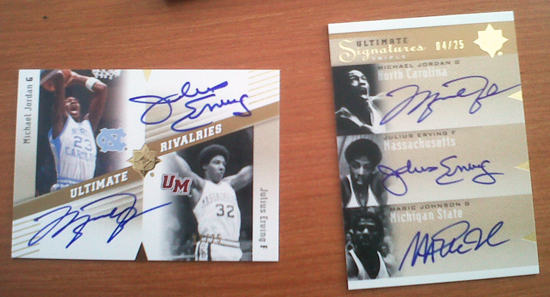 These multi-signed Dr. J cards will soon find their way to the collections of eager fans.

We also received in some autograph cards from a player who we have wanted to bring autograph cards to the hockey market for some time now: Joe Sakic. He is a true legend, but does not sign all that often for trading cards manufacturers. Until now, he’s had redemption cards issued in SP Game-Used and SP Authentic, but you can find his first live autograph cards in 2010-11 NHL Ultimate Collection which releases tomorrow and 2010-11 NHL The Cup which hits store shelves later on this summer. Now check out some of Sakic’s autograph cards from The Cup! 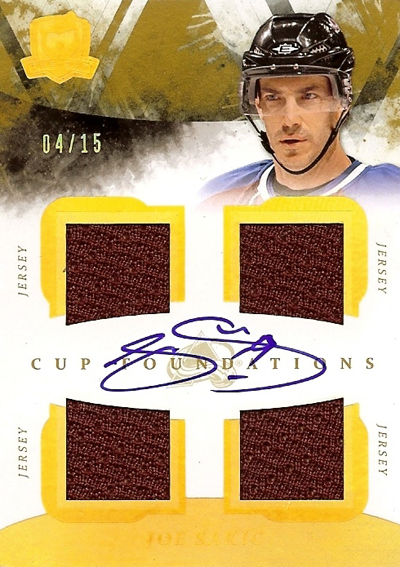 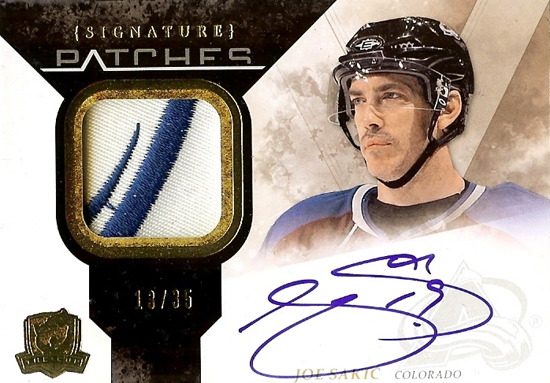 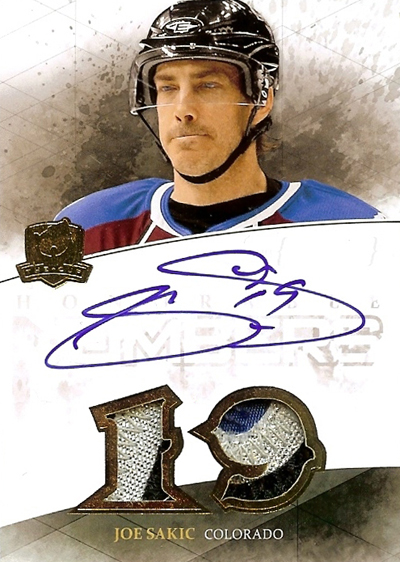 Ask Upper Deck: I know Upper Deck produced a trading card set for Thor, but did you produce one for Captain America? If so, is there anything unique about it?

Gregg Cacioppo: We did produce a trading card set for Captain America and it is loaded with all sorts of awesome elements. It is available in stores now and some of the inserts that are found in these packs have been on fire on eBay. We recently shared information about the sketch cards available in the set, but there are several other awesome inserts worth tracking down.

First up are the movie memorabilia cards featuring swatches of costumes from Captain America. Check out what some of these cards are going for on the secondary market: 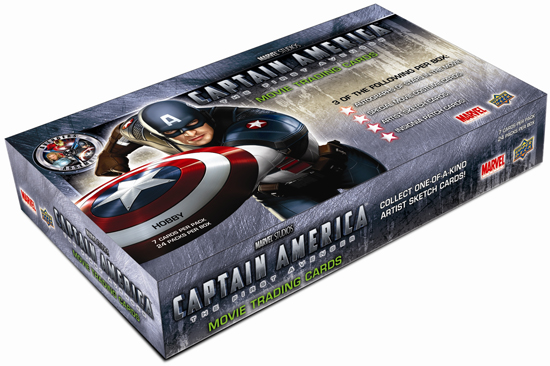 Next up is an unannounced insert that we were able to include in this set. We procured an original copy of “The Avengers #4” Marvel comic book in less than ideal condition and cut panels out to be used in special “Ultimate Panel Focus” insert cards in the set. This is the issue where Captain America joins the Avengers so it is of extreme importance to the series. Check out what some of these cards have been selling for online: 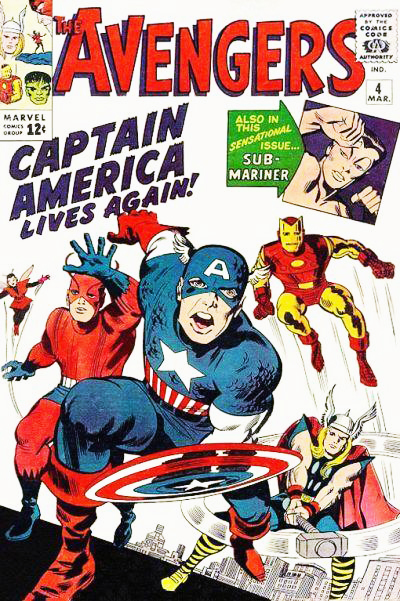 More of these cards are popping up with sellers looking for much more as interest on these cards being inserted into the product increases.

Ask Upper Deck: I saw that Upper Deck wants us to purchase our packs from Certified Diamond Dealers at the National Sports Collectors Convention to take part in your promotions. How do we know who these dealers are and what happens if we purchase Upper Deck packs from another source at the show?

Gregg Cacioppo: Excellent question. We will have a posting of Certified Diamond Dealers at the booth along with a listing of which products fans need to purchase to take part in our promotions. Upon purchasing those packs from our authorized partners, you will receive a special voucher that you can bring to the Upper Deck booth to receive your Upper Deck National Exchange pack for that day. If you purchase a North Carolina Hobby box from these partners, you will receive a special raffle ticket you can bring to the Upper Deck booth for your chance to win a Michael Jordan University of North Carolina signed jersey from Upper Deck Authenticated. So there are plenty of reasons to make sure you are purchasing your Upper Deck packs from the right places. 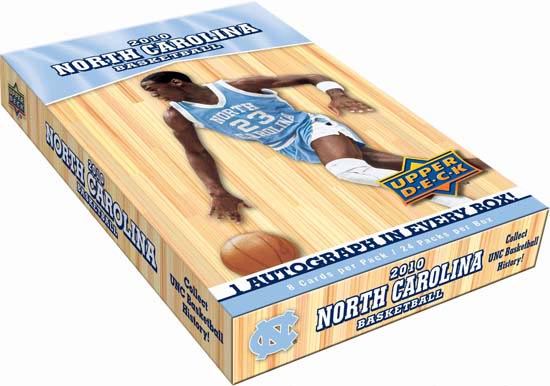 Just purchasing this box from a Certified Diamond Dealer at the National will give you the opportunity to score a signed Michael Jordan UNC jersey!

Should you choose to purchase from an unauthorized source, you will not be able to participate in Upper Deck promotions at the National, nor will you be able to receive assistance on the product should their be any issues with it from our Customer Care division. We cannot emphasize enough how important it is to purchase Upper Deck products from the right source at that show in particular.


HI
I HOPE YOU WILL CONSIDER MY IDEA OF A WEEKLY EMAIL NEWSLETTERT TO KEEP US UP TO DATE ON NEW CARS . FACEBOOK IS OK BUT IN CASE WE MISS SOMETHING A WEEKLY EMAIL WOULD BE GREAT .
RE YOUR CONTEST IT SEEMS LIKE EVERYONE IS DOING ULTIMATE FANS CONTESTS . AS WE SAW HERE IN VANCOUVER A MONTH AGO WERING AN EXPENSIVE JERSEY DOES NOT A FAN MAKE…. I WOULD RTHR HAEV CONTESTS WHICH SHOW SOMETHIGN UNUSAL LIKE A FANS FAV ITEM BEST MEMORY, FUNNIEST STORY, BEST CARD FIND STORY, MY MOM WHO HAS BEEN IN EXTENDED CARE FOR 13 YEARS LOVES IT WHEN I BRING UPPERDECK CARDS TO SHOW HER …IT REMINDS HER OF ALL THE SPORTS SHE LOVES AND KEEPS HER FROM BEING DISCOURAGED. I SHOWED HER THIS BLOG ON LAPTOP AND SHE LOVED JOE SAKIC CARDS ….SHE CANT GET ALL DRESSED UP IN A COSTUME BUT SHE LOVES ALL SPORTS AND AS A PERON BORN IN WINNIPEG SHE WAS SO HAPPY TO SEE WINNIPEG GET AN NHL TEAM AGAIN, ALOMAR GET INDUCTED INTO HALL OF FAME, CANUCKS MAKE IT TO CUP FINAL AND BURNBAY JOE HIT THE HOLE IN ONE !!!KEEP UP GREAT WORK.