Upper Deck Goes to the Movies

Last week I shared a pre-review of Marvel’s latest summer smash, Thor. One of the things I like about working at Upper Deck is that we all get along very well, so a group of us who worked closely on the Thor project decided to check out the film this last Friday. I walked in feeling like my experience with the Upper Deck Thor trading cards had given me a good feel for what to expect from the movie, but it certainly didn’t ruin it for me. I feel like we revealed just enough without giving too much away in terms of the ending. 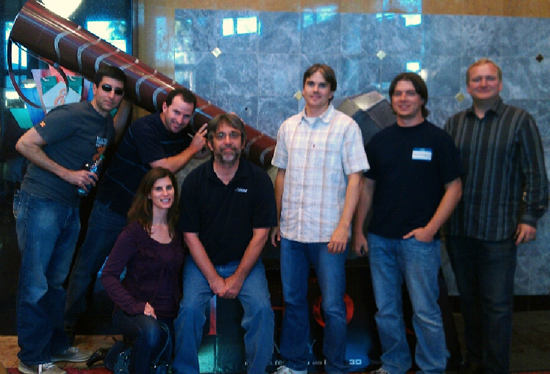 Some of the Upper Deck team that worked closely on Thor took in the movie this weekend poses with Thor's hammer!

I’ll be honest, I actually had low expectations for this movie. I appreciate the story of Thor, but it seems a bit too far fetched sometimes. I was very pleasantly surprised with how it came out. While it definitely had a lot of aspects of fantasy, it was a really entertaining and visually appealing movie. We all really enjoyed it and I’m giving it a big thumb’s up. 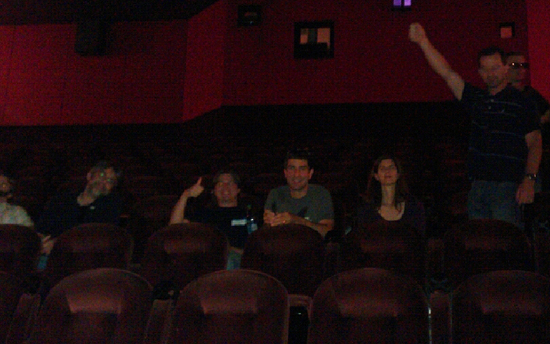 UD staffers stayed to the end to catch a bonus clip featuring a cameo by Samuel L. Jackson.

Take a journey to the far away planet of Asgard this week by checking out Thor, you’ll be happy you did. Make sure to stay until the end, there is a little preview scene at the end to help create excitement for The Avengers coming to theaters next summer. And don’t forget to take the movie home with you by picking up UD’s new Thor trading cards!