Sharks Collapse of 2011 Would be Worst Yet

The fourth win to eliminate a team from the playoffs always comes toughest, the saying goes. As the San Jose Sharks are learning the hard way that tired proclamation is often quite true.

For the second consecutive postseason, the Sharks jumped out to a 3-0 series lead against the mighty Detroit Red Wings, quite an accomplishment in itself. In 2010, after a brief 7-1 hiccup in Game 4 in Detroit, San Jose closed the deal in five games and advanced to the Western Conference Finals for the second time in franchise history.

A year later, that fourth win appears in serious jeopardy. The Red Wings have won three in a row, and they have all the momentum heading into Thursday’s decisive Game 7 at HP Pavilion.

For his part, Sharks coach Todd McLellan did his best at Tuesday’s postgame press conference to place focus on the still-ripe opportunity his team has Thursday, which is really all he can do. Dwelling on the specter of such an epic collapse is not much of an appealing alternative. 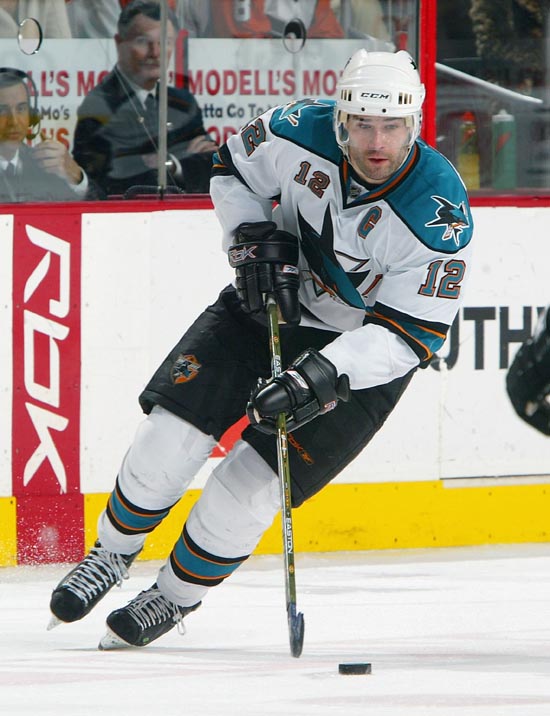 Could veteran left winger Patrick Marleau be the key to a Sharks' victory tonight?

“We’ll ignore it,” McLellan said when a reporter asked if he would address with his team the history of teams blowing 3-0 series leads (it’s only been done three times in the NHL, for the record). “At 3-0, we’d won three games in a row. At 3-3, they’ve won three games in a row. That’s why these series are all an odd number of games. We could have been in the exact same situation we are right now by winning one, losing one, winning one, losing one… It doesn’t matter how we got here.”

“‘Confident’ is never a word a Sharks fan should use when considering the recent playoff history of the franchise,” Director of Upper Deck Authenticated, and devoted Sharks fan, Steve Sloan said Wednesday. “At this point, I would use the term ‘hopeful.’ Hopeful we can shed past playoff demons.”

To recap that recent history, the Sharks have finished with better than 100 points each of the past five seasons, and six of the past seven (they had 99 points in 2005-06). They have won Pacific Division championships in six of the past nine seasons, including four in a row. They’ve been the No. 1 seed in the Western Conference twice in that span, and been a No. 2 seed three other times, including this year. They also won the Presidents’ Trophy as the team with the best record in the NHL in 2008-09.

All that has amounted to a pair of berths in the conference finals – that’s it. Last year, they were unceremoniously swept out of the playoffs by eventual champion Chicago after finishing with 113 points in the regular season.

Yet even with all that frustration, losing Thursday would be “the crown jewel of Sharks playoff failures,” Sloan said. “They would have lost in every conceivable fashion after winning the Pacific Division four straight seasons: Not advancing past the (second round) by losing to a lower seed (fifth-seeded Dallas in ’07-08); blowing the Presidents’ Trophy by losing to a No. 8 seed; getting swept in the conference finals; and then blowing a 3-0 lead.”

But they haven’t done that yet. The Sharks still have the chance to put it all right Thursday by just winning that fourth game. And they’ll have the home crowd behind them, which can’t be completely discounted.

“The place will be loud, and the younger guys feed off that excitement,” Sloan said.

But the longer the game remains scoreless, or should Detroit jump out ahead, the tougher it will be to keep the negative thoughts from creeping in, both on the bench and in the bleachers. If the Sharks can get an early lead and keep it, they’ll be fine. But if the Wings jump out first and take the crowd out of it, the home ice advantage will be neutralized and the game will be a coin flip or worse for San Jose. “If they get down early, it could get ugly,” Sloan said.

The key to being let down by a team that has never failed to let you down is the ultimate belief, in the face of so much evidence to the contrary, that this time it’s going to be different. I’m siding with my Sharks fan brethren on this one: I think that San Jose – like the Vancouver Canucks in their first-round series with the Chicago Blackhawks – gets its act together just in time to avoid catastrophe, and win 4-2 tonight, with Patrick Marleau finally showing signs of life and picking up a couple points.

We’ll all know the actual outcome in just a few short hours.