On Monday, LA Galaxy midfielder Landon Donovan was named to the U.S. National Team’s 23-man roster for the upcoming CONCACAF Gold Cup. During the same week Donovan was named to his fifth U.S. roster for the Gold Cup, Upper Deck is proud to release its exclusive video interview with the Major League Soccer superstar the company captured last month at his first official autograph-signing session with Upper Deck Authenticated (UDA).

Listen up as Donovan answers questions ranging from what it’s like to sign with Upper Deck, the industry leader in authenticity, to how his new autograph deal will provide peace of mind for his fans who seek the genuine article. He also discusses his game-winning goal against Algeria in last year’s World Cup and what kind of momentum the U.S. currently has when it comes to soccer. He concludes the interview by sharing what he likes to collect and why.

UDA, which follows its patented five-step authentication process with each signature, currently has an eye-popping assortment of Donovan-autographed pieces available at its online store: www.upperdeckstore.com. Items range from FIFA World Cup and MLS Match soccer balls; 8” x 10” and 16” x 20” photos; L.A. Galaxy jerseys; and special, limited-edition items including UDA’s patented “Breaking Through” displays, which showcase an action print of Donovan in mid kick with a soccer ball actually breaking through the frame’s Plexiglas to provide a jaw-dropping, 3-D effect. Stay tuned for more autographed and game-used items spotlighting Donovan’s prolific career next month.

And for anybody wondering, the CONCACAF Gold Cup begins on Sunday, June 5, at Cowboys Stadium in Dallas before culminating with the tourney final on Saturday, June 25, at the Rose Bowl in Pasadena. The U.S. will compete in Group C, where they will face Canada at Ford Field in Detroit on Tuesday, June 7, Panama at Raymond James Stadium in Tampa on Saturday, June 11, before wrapping up against Guadeloupe at LIVESTRONG Park in Kansas City, Kansas. Best of luck to the boys wearing red, white and blue. 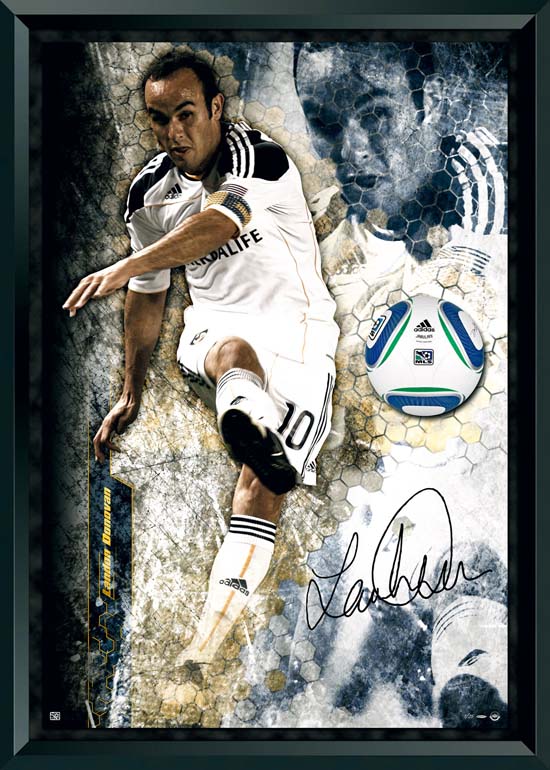 
You can certainly see your expertise within the article you write.
The arena hopes for more passionate writers such as
you who aren’t afraid to say how they believe. Always follow your heart.