It is NHL playoff time which as we’ve shared before, this is an event well worth watching. It is also time to do a little spring cleaning around the offices here at Upper Deck so I pulled together some Upper Deck trading cards and even some Upper Deck Authenticated items from the playoff teams to use in a fun giveaway with our fans.

All you need to do for your opportunity to take home these collectibles from your favorite team is change your profile picture on Facebook to that of an Upper Deck card featuring a player from your favorite team throughout the first playoff series. Next you just have to follow the links below to the series you are interested in. Finally, make a post on Facebook AFTER your profile picture has been changed saying why you love your team. As long as you have it posted by tomorrow at 3:00PM PST, you will have the opportunity to take home those collectibles. We will select fans at random who have kept their profile pictures the same throughout the playoff series at the end of each respective series to take home ALL the collectibles shown for that team. Remember, it doesn’t matter if your team wins or loses. As long as you participate you have the opportunity to take these items home after the first round ends. So what are you waiting for? Follow these links below for the series you are interested in to take home some great Upper Deck NHL items! 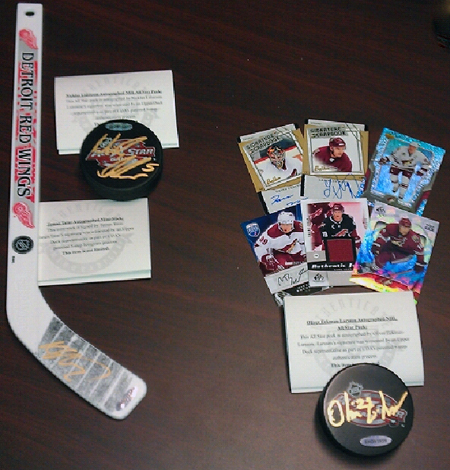 Some of the items up for grabs here include a Red Wings Tomas Tartar autographed mini stick and Nicklas Lidstrom autographed puck. Coyotes fans can take home an autographed Eckman-Larsson puck and a variety of inserts. 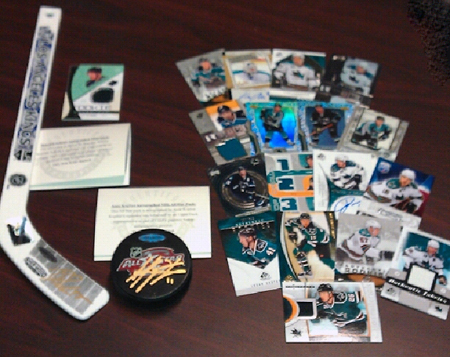 
Thanks for another great contest Upper Deck! Us hockey fans truly appreciate the opportunity at some fantastic prizes………The Hab’s are going all the way this season it will be difficult with all the injuries but when it comes playoff time as it was last season we are made to impress and turn the heads of all around the league……Price has played sensational this season and I feel he will be even better at playoff time he is well deserving of the Hart trophy for this seasons performance……I have three words for the big bad Bruins “GO HAB’s GO “


Thanks for this opportunity to win some awesomely cool stuff UPPER DECK!!
I Hope I’m not disqualified because I changed from one U.D. card Facebook profile picture to a different U.D. card…am I??
LET’S GO BUF-FA-LO!!!!