L.A. Galaxy superstar Landon Donovan conducted his very first autograph-signing session with Upper Deck Authenticated (UDA) earlier today. And the seven-time winner of the U.S. Soccer Player of the Year award couldn’t have been more accommodating. Once he walked into the interview/signing area, he played the role of consummate team player. He introduced himself by greeting everybody in the room with a solid handshake and once the pleasantries were over, he sat down to conduct business. As UDA’s newest exclusive signer (multi-year deal), Donovan was anxious to get rolling with his latest assignment. 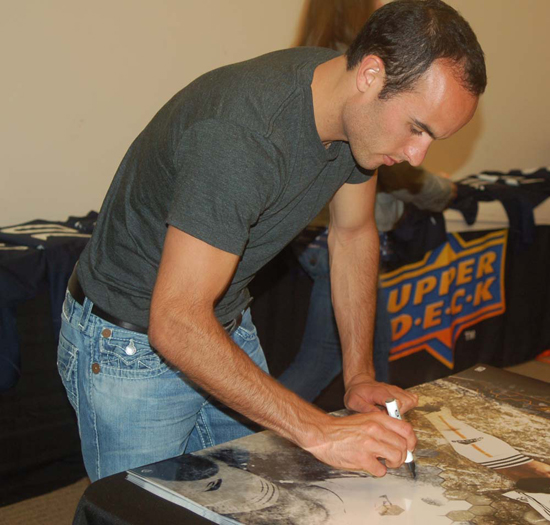 SUPER SIGNER: Landon was talkative and inquisitive throughout his signing duties. He said he truly understands the importance of providing his fans with the genuine article via UDA.

But before the actual autograph signing session took place, we asked Landon a few questions on camera about his newfound relationship with UDA; the most memorable moments thus far in his illustrious career; and a few zingers about the art of signing autographs and what were some of the more unusual items he’s ever  been asked to sign. The 29-year-old winger/striker for the Galaxy was relaxed, tanned and more than willing to provide well-thought-out answers to each our questions. He even took time to describe in detail the moments stemming from some of the pieces he was about to sign including a FIFA World Cup soccer ball, a 16″ x 20″ “Corner Kick” photo, and another 16″ x 20″ photo entitled “Colors of the Game.” We couldn’t have asked for a more personable spokesman; he provided unique answers and smiled throughout much of the interview.

The pictures below show some of the moments captured throughout the two-hour meeting. And while the photos illustrate some of the day’s activities, the forthcoming video footage will surely entertain and inspire everyone who sees it. Did you know Landon stands just 5′ 8″ tall? Did you know he used to wear uniform No. 21? Did you know there are several different scenarios that can play out with every corner kick he launches? Stay tuned; we should have the exclusive Landon Donovan UDA interview video ready for sharing next week. Until then, enjoy the pics. And don’t forget to peruse the collection of freshly inked Landon Donovan memorabilia available only at the Upper Deck online store! 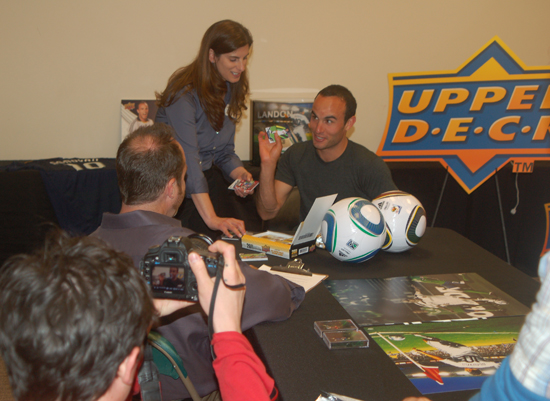 LOOK WHAT I FOUND: At the start of the interview, Landon cracked a few packs of Upper Deck's 2011 Soccer Set. And guess what? He was in the first pack he cracked. 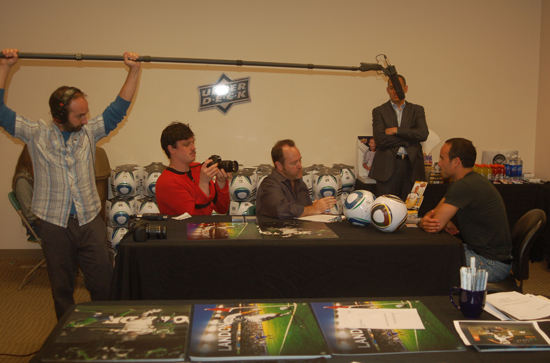 NEXT QUESTION: Landon was more than accommodating during the Q&A portion of today's UDA signing session. 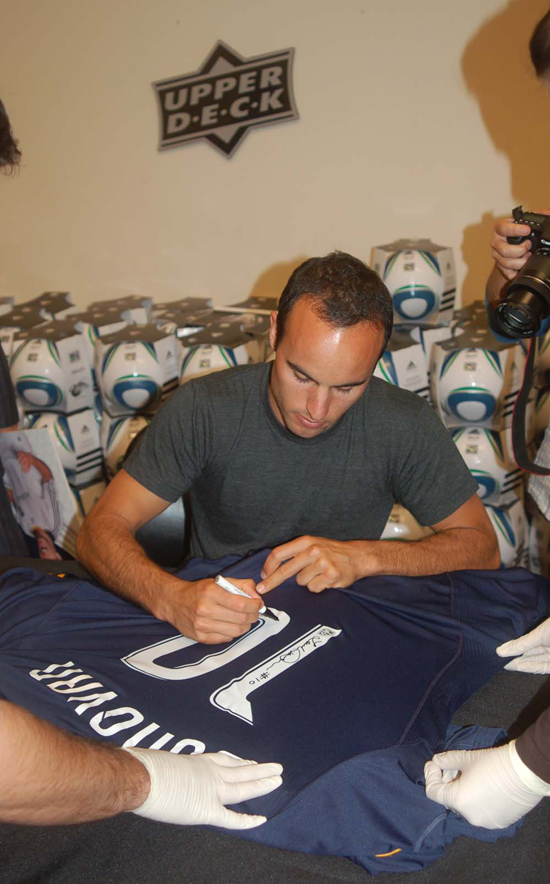 STEADY AS HE GOES: Landon took his time with each and every signature he signed today for UDA. His autographed L.A. Galaxy Away Jerseys are sure to a big hit with fans. 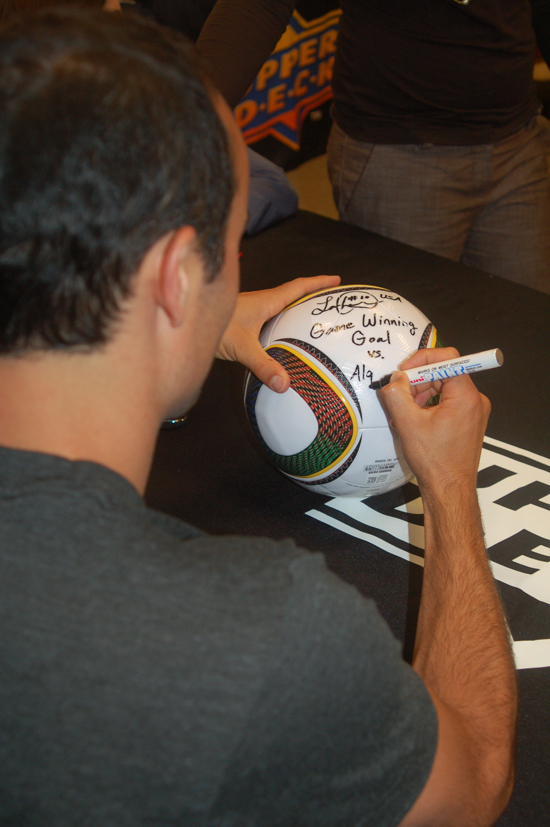 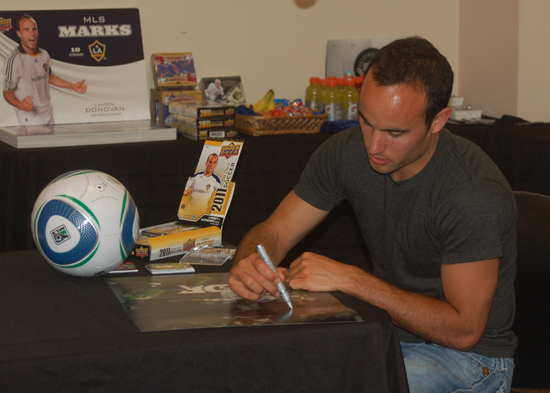