Landon and UD Make the Bright Lights of Broadway

As you may have heard, LA Galaxy star Landon Donovan recently signed exclusive contracts with both Upper Deck and its sister memorabilia division, Upper Deck Authenticated, to serve as soccer spokesman for both companies. And as you might imagine, word is getting out in a big way. Check out these two images from New York’s Time Square and the Fashion Show Mall in Las Vegas. Talk about hitting it big! 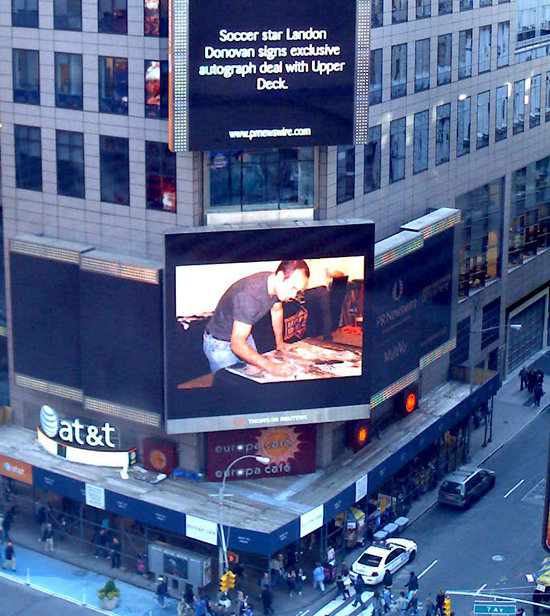 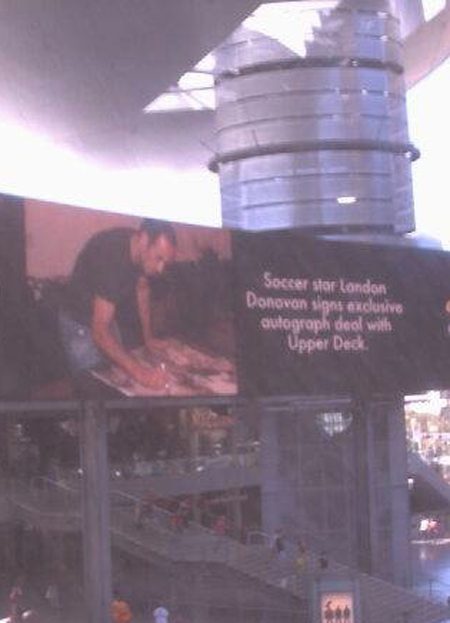 SHOT, SCORE: Landon Donovan's exclusive signing with Upper Deck and UDA even made the big screen at the Fashion Show Mall in Las Vegas!