Upper Deck’s newly announced Evolution video trading cards are creating quite a stir and the local San Diego media are all vying for their opportunity to discuss the company’s latest product innovation with UD officials.

Earlier today, a pair of local TV stations came by to report on the video trading card phenomenon. First, KUSI-TV reporter/cameraman Rob Beard visited and discussed the ground-breaking product with Upper Deck’s Vice President of Marketing and Product Development, Jason Masherah. They went through the concept of the card, its year in development and how the four featured players – Adrian Peterson (Oklahoma), DeSean Jackson (Cal), Patrick Willis (Ole Miss) and Tony Romo (Eastern Illinois) – were selected. 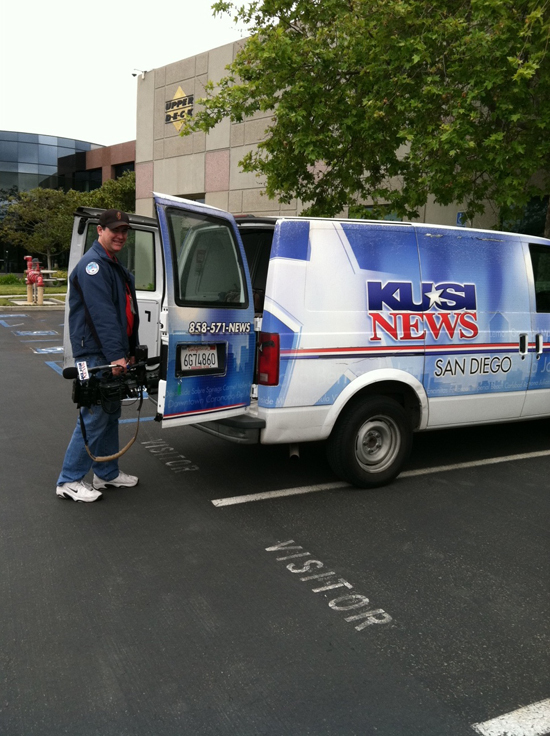 Soon thereafter, KFMB-TV Channel 8 Reporter Shawn Styles and his trusty cameraman, Scott Hall, showed up to report on various aspects of the trading card industry’s latest unveiling. From its idea stage to the finished product in hand, Styles quizzed Masherah on everything from the high-resolution video that’s featured, to the way the product will pack out in random boxes of 2011 Upper Deck Football (in both retail and hobby versions) on April 12. 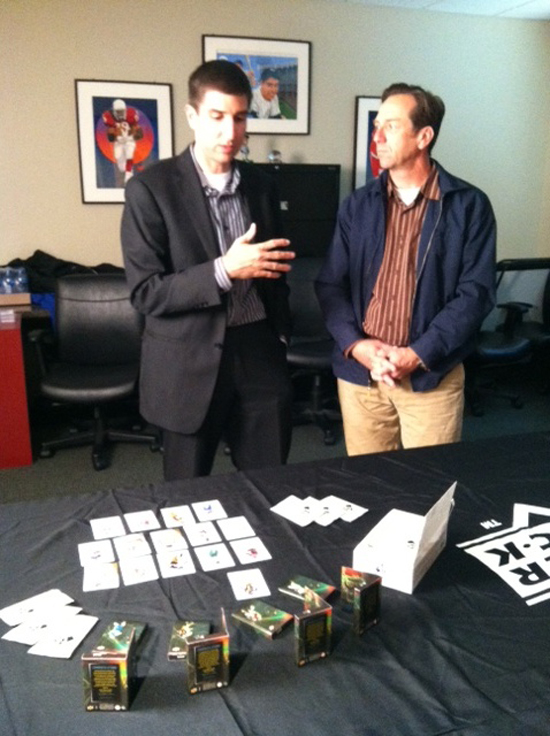 Plenty of footage was collected from both stations but it appears that KFMB will be the first to air as Masherah’s interview is slated to be featured during this evening’s 5 p.m. telecast. Be sure to check it out.

The KUSI-TV and KNBC-TV (Channel 7/39, which was shot last Friday) interviews will be used in upcoming telecasts. Stay tuned for more info. 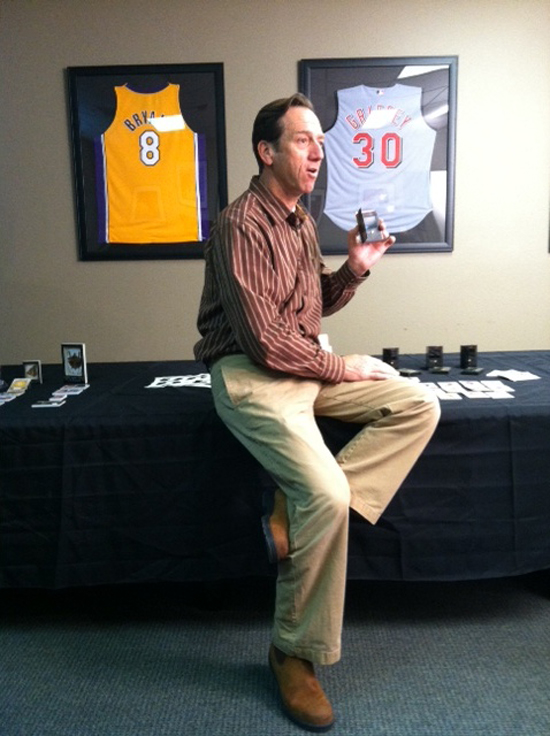