We’ve already announced that Upper Deck’s Thor trading cards are out in the market and that there are some amazing sketch cards available in the set. In fact, we even did a Q&A with one of the artists who created sketch cards in the set. The one thing we haven’t shared, until now, is a list of all the artists who added their creations to the product.

So without further adieu, here is the final list of sketch card artists for Upper Deck’s Thor trading cards: 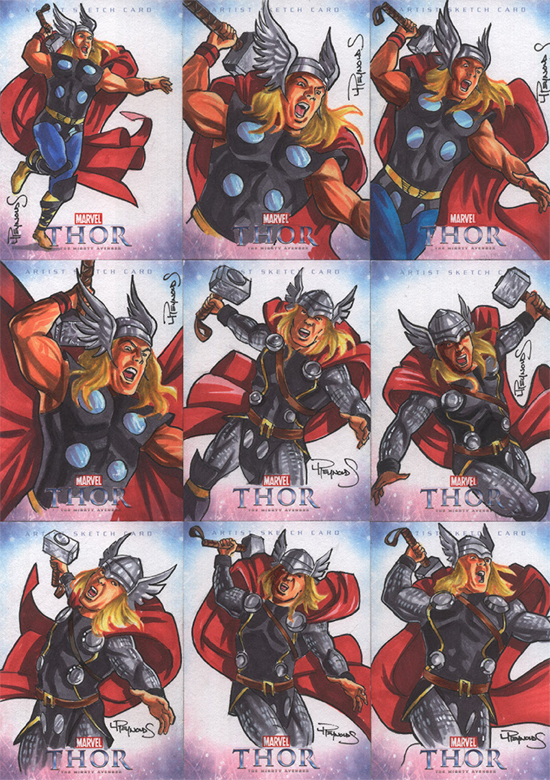 The awesome artwork of Lawrence Reynolds 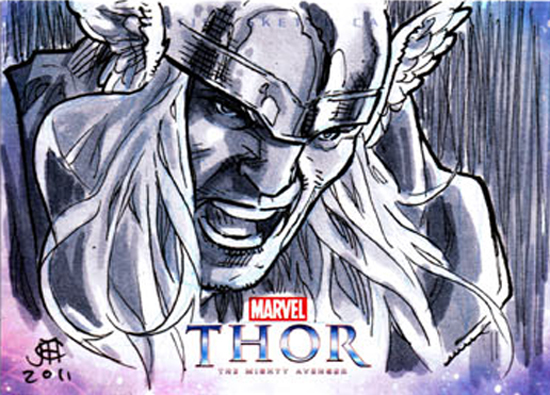 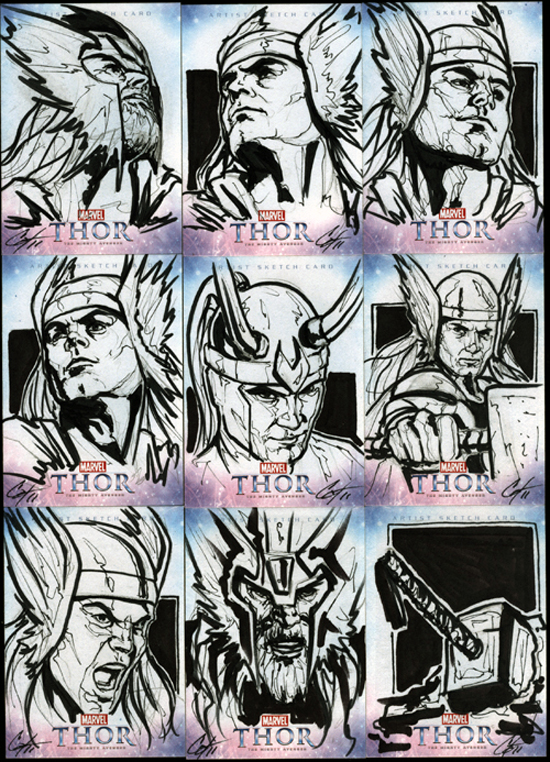 Jose Jaro, like many of the other artists, used a variety of cards to build a bigger picture, here he gets a group shot of the Avengers 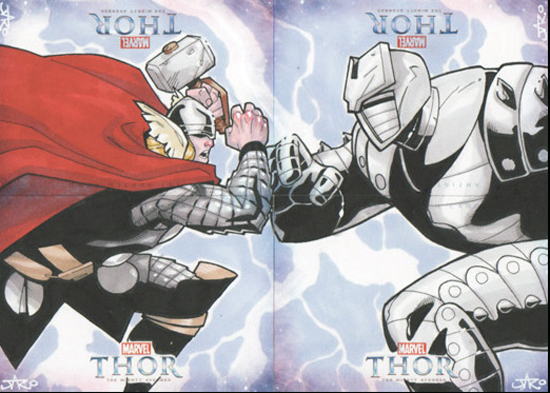 In this dual sketch card, Jaro captures Thor in battle 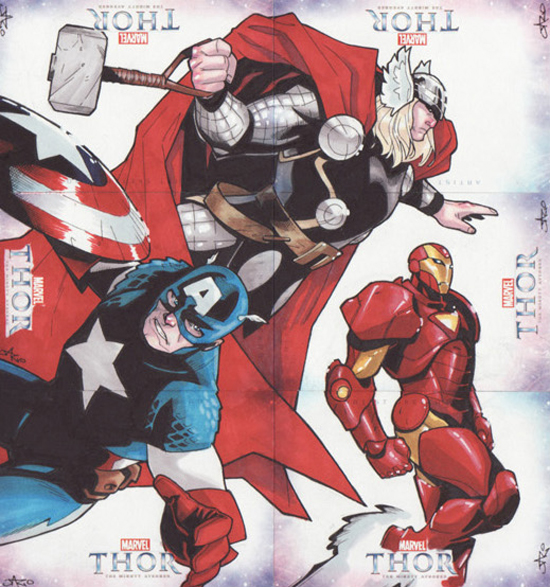 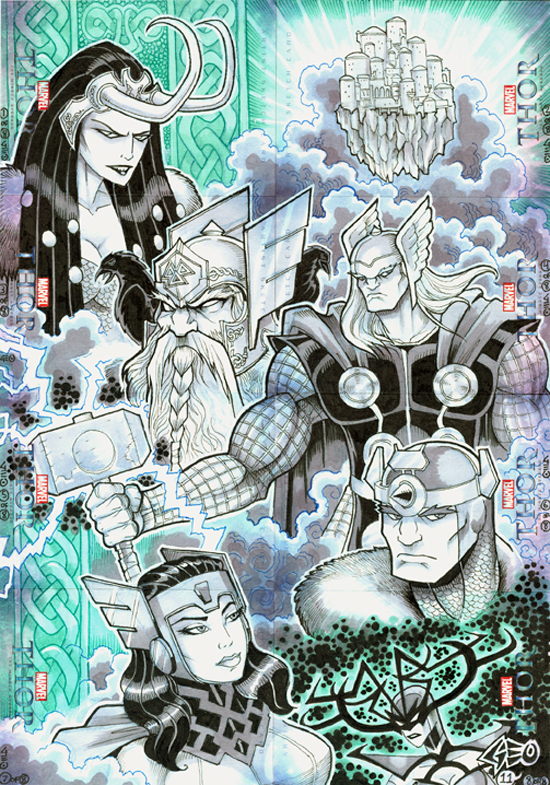 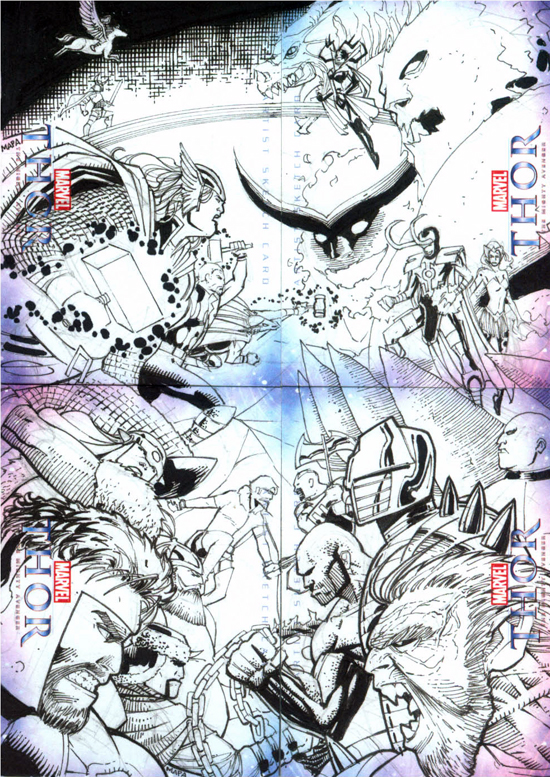 This four-card piece is incredibly detailed by "Butch" Mapa 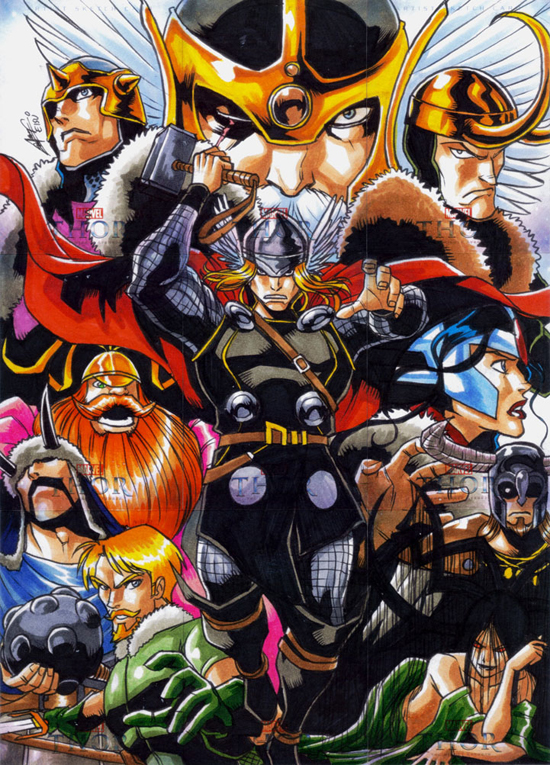 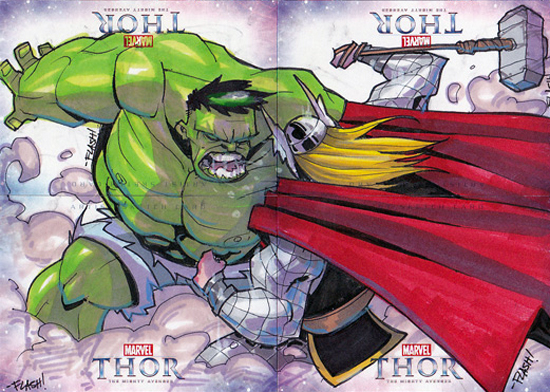 Friend or foe? Looks like Hulk and Thor are still feeling each other out in this four-card piece by Bryan Turner

And just a reminder, Marvel’s theatrical release of Thor doesn’t arrive until May 6, 2011. You can get a sneak peek at what happens in the film by checking out some packs today!

I´m a Sketch Card Artist. Where can I send my Portfolio Application?

Thank you very much for your time.