How a Contest Winner Did Super Bowl XLV

My name is James Howell and I’m a pretty regular guy. I love football, I love hanging out with my friends and if you saw me in a crowd, you wouldn’t see anything that sets me a part from anyone else. Yep, I’m just a regular dude. Except for the fact that I sent a text message in response to a Bud Light Super Bowl XLV promotion and wouldn’t you know it, I won!

All of a sudden this regular guy was heading to the Bud Light Hotel to enjoy five days and four nights at the main party spot of the week. Oh, and wouldn’t you know it, the good people at Bud Light decided to throw in tickets to all the parties that week and to Super Bowl XLV as well. I used to go through my life thinking people never win any of these crazy giveaways, but now I know differently. 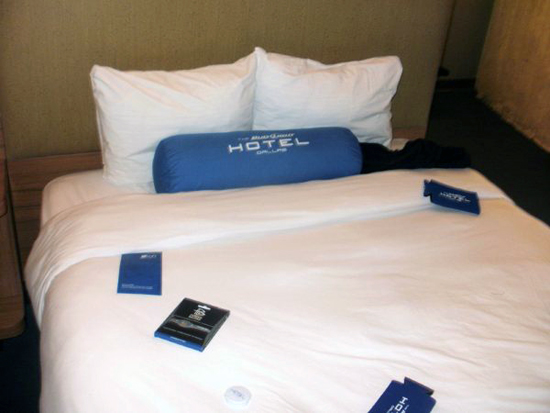 Each day was a new experience. When I checked in on Thursday I was nervous my key wouldn’t work, was this really happening? And upon opening the door I found out it wasn’t just a dream as the entire room was decked out with different Bud Light swag. Later I went down to the lobby for a meet-and-greet and to check out one of the first parties and I ran into Barry Sanders. It was an amazing thrill to get the opportunity to meet a living legend. 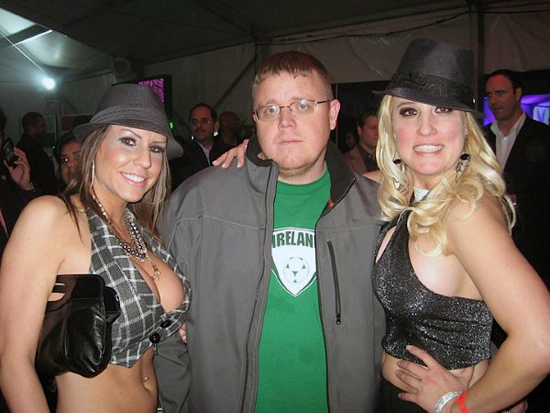 There was a lot of excitement in the hotel on Friday as they were playing host to the Playboy party there that night. Security was very tight that day and you had to be staying at the hotel or be a VIP guest to even get in. It was pretty cool to see all the different people checking in throughout the day. There were a lot of celebrities at that party Friday night, but I also ended up making some good friends with fellow party guests both that night and throughout the weekend. Snoop Dogg played that evening and he really rocked the house. He brought so much energy to the party, everyone was in a frenzy. 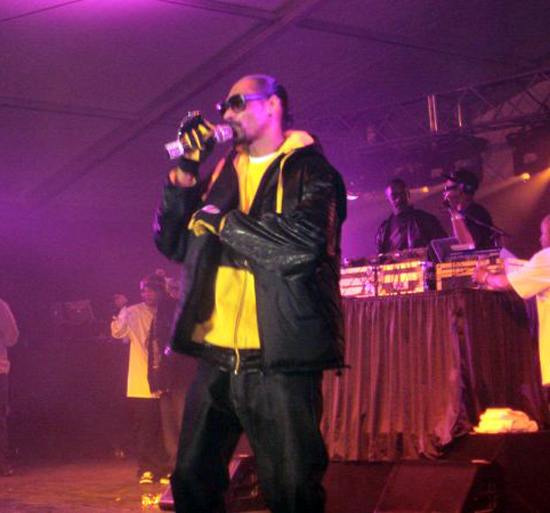 Snoop Dogg brought the house down!

Saturday night was just crazy. The Playboy party was pretty exclusive, but with the weather better on Saturday, everyone was coming out and I could see huge lines of people in the street surrounding the hotel from my room. Pitbull and Kei$ha were great. Nelly really put on a great show as well. It was just a little overwhelming as to how many people were actually at the party. It ended up being another great night however. 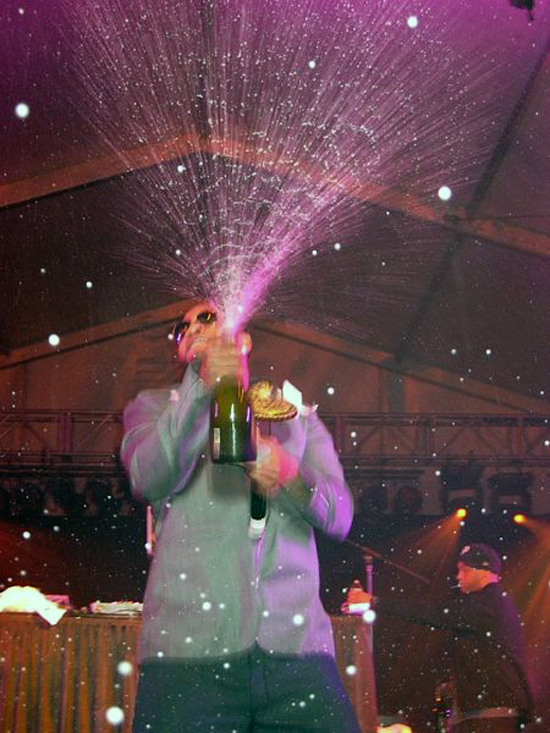 And then there was Super Bowl Sunday. I don’t think there are enough words to describe how amazing that was. I’ve always dreamed of going, but it is out of the realm of possibility for the everyman. So to be able to take part in it was something I’ll never forget. Taking in the sights, the sounds, hearing the hits, checking things out on that huge screen, it was awesome. The only tough part was I wish I could have brought more people. The Super Bowl is an amazing event and I’m so happy I got to attend, but even if you’re at home with your friends, you likely had a special experience as well.

Of course I have to thank Bud Light for selecting me, that was really a fantastic shock. I’d like to thank Upper Deck for letting me share this experience as well. I’ll probably be at home for the next Super Bowl, but that’s okay; I can just tell anyone who asks why I’m not there: “Been there, done that.” 🙂