Fast on the heels of the most-viewed regular season hockey game in 36 years – last Saturday’s NHL Winter Classic® between the Pittsburgh Penguins and Washington Capitals – the Upper Deck Company is proud to present its very own unique video presentation. Only this effort centers around one up-and-coming NHL rookie, Boston Bruins center Tyler Seguin, who tested his acting chops at the 2010 NHLPA® Rookie Showcase photo shoot last fall in Toronto. Working alongside Upper Deck staffers, Seguin, the No. 2 overall pick, participated in a video skit in which he had to oblige some very demanding kids. The vignette, aptly entitled “Give the Fans What They Want,” is the fourth video Upper Deck produced with many of the 23 rookies who participated at the event. Watch as Seguin respectfully caters to three insistent youngsters at Upper Deck’s Rookie Boot Camp.

And here are a couple of cool shots that were taken by Upper Deck of Seguin at the event. As the No. 2 overall pick in last year’s NHL Entry Draft, he’s already making his presence felt on Boston’s front line with six goals and seven assists through 36 games this season. 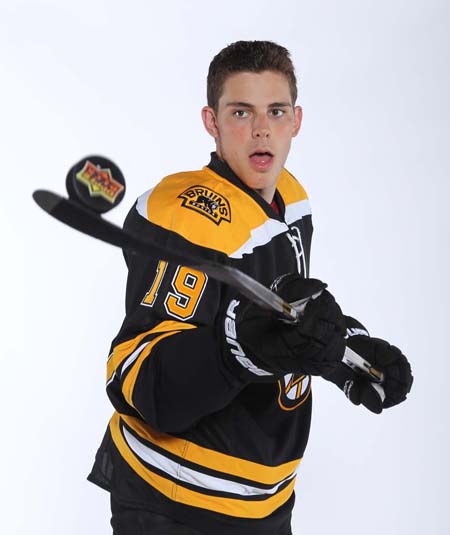 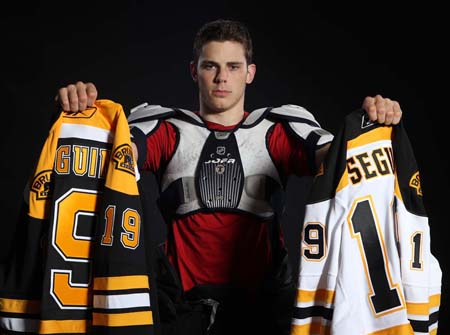 HANGING OUT: Seguin poses with his home and away Bruins jerseys during the 2010 NHLPA Rookie Showcase event in Toronto.