“Tom Terrific.” With apologies to retired baseball great Tom Seaver, New England Patriots QB Tom Brady is the current proud owner of this moniker. After leading the less-than-hyped 2010 version of the New England Patriots to the NFL’s best record (14-2) this season, Tom Terrific should be a shoo-in for the league’s MVP honor. And his on-the-field stats only tell half the story. 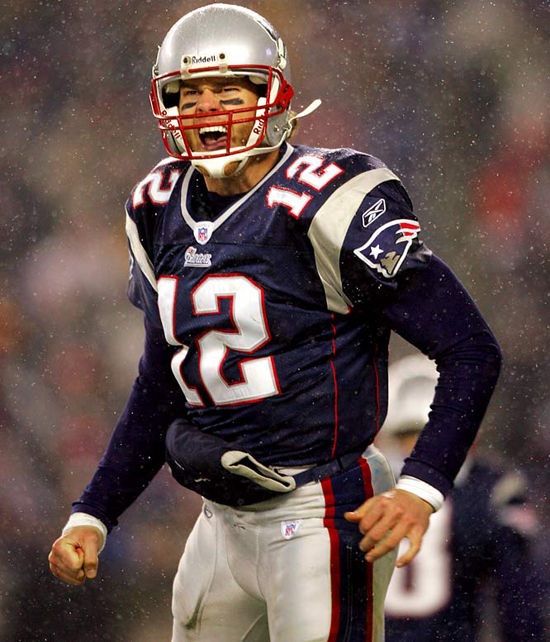 Emotional Rescue: Brady's heart and desire seems to carry the Patriots to victory on any given Sunday.

Three seasons ago, the three-time Super Bowl championship quarterback directed the Patriots to the best regular-season record ever: 16-0. And, yes, that’s two more wins than the undefeated (14-0) mark posted by the “perfect” Miami Dolphins in 1972; the ‘Fins finished 17-0 after beating the Redskins, 14-7, in SB VII. And although the Patriots’ bid for a perfect season was spoiled by their 17-14 Super Bowl XLII meltdown against the surprising New York Football Giants, they still produced more consecutive wins (18) in a single NFL campaign than any other NFL team in history. And, oh yeah, Brady was named the league’s MVP after tossing an NFL record 50 touchdown passes and 4,806 yards through the air.

This season has been a little different from the dominating campaign the Pats posted three years ago. For example, this year they started out 1-1 after dropping a 28-14 decision to the arch-rival Jets in Week 2. And then they lost by an eye-popping 20 points (34-14) to the lowly Cleveland Browns in Week 9 as their record fell to 6-2. But since then, the Pats have been on a roll, winning eight straight games by averaging 37 points per outing. And while the offense has been hot, the defense has been doing its job as well. In their last eight games, the Pats Dee has yielded just 125 points (averaging 15.6 per contest), which includes four games in their last five where the Patriots have given up seven or fewer points. Not too shabby.

But getting back to Tom Terrific, here’s the deal. In his last MVP season, he set a regular-season record with 50 TD passes – 23 of which went to his primary receiver, Randy Moss – to go along with eight interceptions and a passer rating of 117.2. By comparison, Brett Favre, in his 20-plus NFL seasons and 297 consecutive starts, never threw for more than 40 TDs in a single season. This season, Brady threw a total of 36 TD passes against just four picks for a passer rating of 111.0. And he did it this time around by spreading the wealth. A total of eight different New England receivers hauled in touchdown passes from Brady in 2010, from rookie tight end Rob Gronkowski’s 10 TD catches to speedy halfback Danny Woodhead’s single touchdown reception. 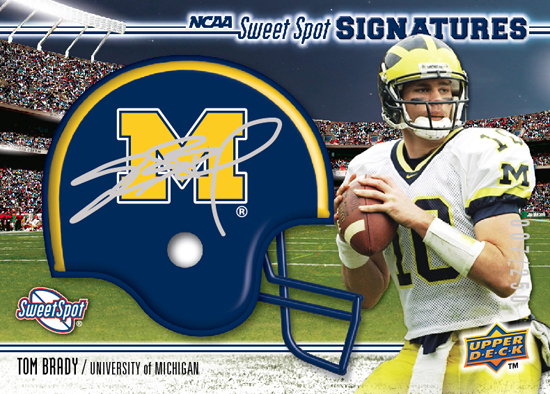 Quarterback Sneak: Few expected Brady to excel the way he has after being selected by New England with the 199th overall pick in the 2000 NFL Draft.

And what about Moss, you ask? After catching nine passes for 139 yards and three touchdowns from Brady this season, the moody wideout from Marshall was dealt to the Minnesota Vikings in Week 5 and the Pats never looked back. Moss went on to post unspectacular numbers for the Vikes (13 receptions, 174 yards and two touchdowns) through four games before being dumped off to Tennessee in Week 9. With the Titans, Moss all but fell off the radar, catching a total of just six passes over eight games for 80 yards and no scores. Talk about a disappearing act.

But it’s the intangibles surrounding Brady that will net him a near unanimous landslide vote this season in the MVP balloting. Just two years ago, in the season-opener against Kansas City, he suffered torn ligaments in his left knee and was lost for the season. But through perseverance and hard work, he fought his way back. He likes to lead by example. He can light a spark under any teammate’s bum just by looking at him. If somebody misses a block, Brady will oh-so-subtlety remind that player not to do it again. He can also get very emotional with teammates at the just the right times. Against Pittsburgh in Week 10, battling in hostile territory, the Pats jetted out to a 23-3 lead after three quarters primarily because Brady seemed to be willing his teammates into the end zone with each offensive series. (They wound up winning, 39-26).

In Week 13, in their much-ballyhooed second go-round with the Jets, the Patriots entered the Monday Night Football contest with the same record (9-2) as their opponent, but went home with a lopsided 45-3 victory. Brady went 21-for-29 for 326 yards, passed for four touchdowns and threw no picks. His passer rating for the game: 148.9. Can you say unstoppable? Even Jets head coach Rex Ryan was at a loss for words to describe the walloping that took place at Gillette Stadium that night, and that’s a sight seldom seen.

Simply stated, Tom Brady means more to his team than any other player in the NFL. That’s why he’ll win his second league MVP award shortly. What about Michael Vick’s miraculous turnaround in Philly this season, you ask? What about it? The Eagles will have their hands full this Sunday at Lincoln Field just trying to get out of the first round against Green Bay. New England won’t post a perfect record this season, but winning a fourth Super Bowl trophy in 10 years will be compensation enough for Brady and company.


Simply stated, Tom Brady means more to his team than any other player in the NFL.

… not! … when Matt Cassel filled in, New England was fine …

… when someone fills in for Peyton Manning … they stink!!! …

… Tom Brady is the MVP this year … but Peyton Manning still means more to his team than anyone else … how could you miss that one??? …