Talk about a memorable day. Robert Jansons, a nine-year-old third-grader from Oakton, Virginia, was selected as the grand-prize winner in Upper Deck’s recent  “2011 NHL Winter Classic Stick Kid” essay writing contest.  And his prize for delivering the best entry out of the 50-plus submissions that poured in from eager 8-to-14-year-olds living in or around the Washington, D.C. area? To serve as the Washington Capitals “stick kid” during the team’s practice at the outdoor rink at Heinz Field the day before the big New Year’s Day NHL Winter Classic battle against the Pittsburgh Penguins.  For Jansons, a competitive youth hockey player and rabid Caps fan, a better holiday present did not exist. 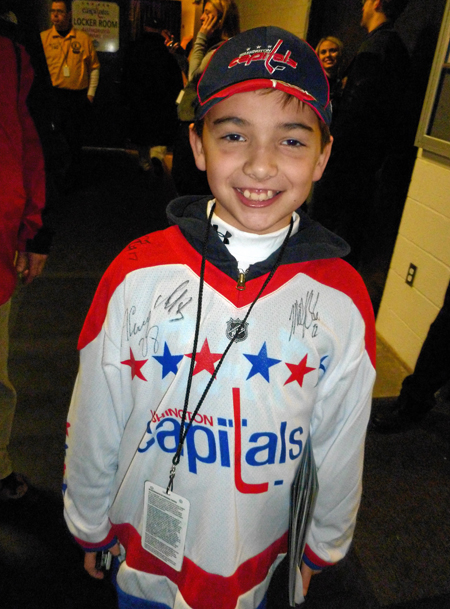 “The whole thing was like the best day of my life. It was even better than Christmas,” he said.

The grand prize package included game tickets to the NHL Winter Classic for Jansons’ family, two nights’ hotel accommodations in the Steel City, a travel voucher for $250, and an Upper Deck prize package. But for Jansons, the best part of the whole experience was simply meeting the players and getting to take “a gazillion pictures” with them.

“I got to meet right winger Mike Knuble,” added Jansons. “He’s my favorite player because he’s Latvian, just like me. He said ‘Sveiks,’ which means ‘hello’ in Latvian. It was pretty awesome.”

Jansons was accompanied on his big trip by his parents, Maris and Sonja, and his five-year-old brother, David. Oh yeah, and the Capitals beat the Penguins, 3-1. Overall, a good day for Caps’ fans, and a great day for Robert Jansons. 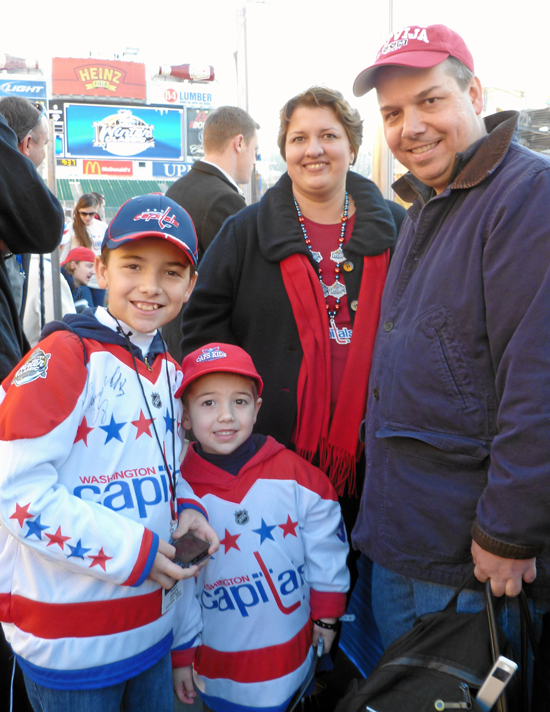 ALL IN THE FAMILY: Robert, his brother David, and his parents, Sonja and Maris, await the start of the Washington Capitals practice on Friday afternoon.