Is Andrew Luck Crazy or a Genius?

He’s the odds on favorite to be the No. 1 pick in the upcoming NFL draft, but today Andrew Luck announced he would return for his redshirt junior year at Stanford. What makes this really interesting is that one of the major points being negotiated in the new NFL collective bargaining agreement is a much more imposing rookie salary cap. This means Andrew Luck’s decision could potentially cost him tens of millions of dollars. 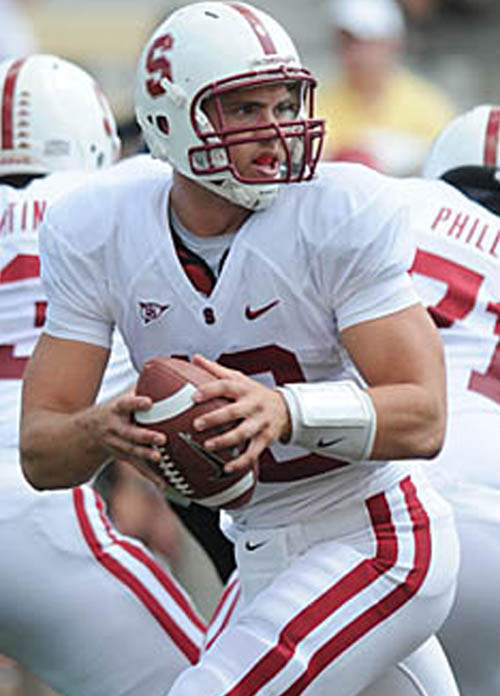 Come on Andrew, we're ready to make trading cards of you this year!

We’ve seen this movie before though. He’s not the only high-profile quarterback that has turned down the money to come back for another year of college football. Just recently Matt Leinart, Tim Tebow and Sam Bradford come to mind, and now we have Andrew Luck following suit. Is it the right move though???

“I am committed to earning my degree in architectural design from Stanford University and am on track to accomplish this at the completion of the spring quarter of 2012,” Luck said.

Who would have thought that architecture could beat out the NFL? Andrew I really want you to think about this move. You could go the way of Mike Brady, everyone’s favorite architect or the way of Tom Brady, arguably the game’s greatest quarterback. Let’s look at the pros and cons of your decision to see if you are making a good choice on not Mr. Luck. 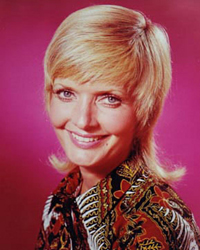 Would you rather come home to Carol Brady? 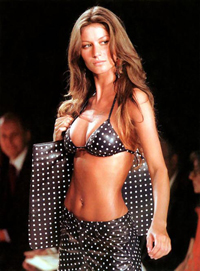 Or come home to Giselle Bundchen?

Now I know everyone loves Mrs. Brady, but the real Mrs. Brady we all love is Giselle. If television teaches us nothing, it at least teaches us that if we are a successful architect, we are coming home to Carol who loves nothing more than reading a good book before bed in her PJ’s. I’m not sure Giselle can even read. See where I’m heading here Andrew?

Would you rather have the Brady Bunch? 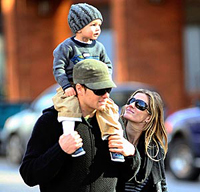 Or would you rather have the genetically perfect super kid?

This is a tough one Andrew. The Brady Bunch crew is so talented. Remember when they sang, “Gonna keep on, keep on, keep on movin’?” That was a great jam. But let’s be honest, Benjamin Brady has the best genes ever. He’ll give the girls in the stands “Blue Steel” while he’s tossing TD’s. He’ll be unstoppable! Sorry Brady’s… 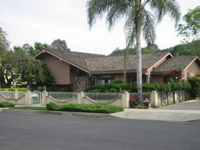 Would you rather live here?

Or would you rather live here?

Andrew I’m no real estate genius, but I’m pretty sure I know which one of these homes is going to go for more in the open market. Look at Tom’s crib! It’s not a home, it’s a freaking compound! You don’t need to design your own house, let Mike Brady do it for you. 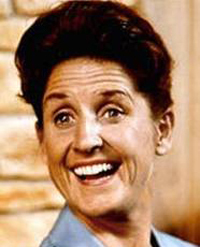 Would you rather have her as your housekeeper? 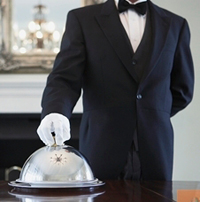 Listen Andrew, we all love Alice, but you don’t want to be bothered with her drama over whether Sam the butcher is fooling around on her or not. Go with the team of wait staff that won’t even look you in the eye and will actually back away from you while bowing after they deliver your meal. Live a little. Live like Tom Brady. 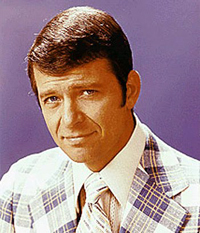 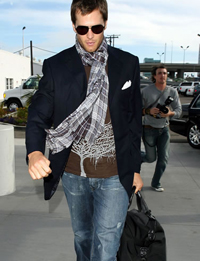 Please understand, I’m certainly not saying Mike Brady doesn’t have style. We all know the patriarch of the Brady clan is an O’G. However, Tom Brady is a rock star. Look at this guy. He’s a quarterback in the NFL and he walks around looking like Lenny Kravitz. See what a few million can do for you? This one isn’t even a contest. 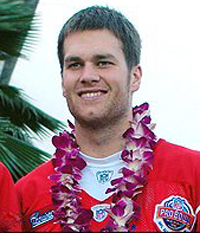 Andrew do you remember when the architect took his family to Hawaii? How’d that work out for him? Not so well. He’s kids brought home that cursed tiki idol and it was a nightmare from there. A wall almost fell on Bobby, Greg totally wiped out on the North Shore and Peter almost got attacked by a tarantula? Do you want that for your family? I don’t think so. Tom gets invited to Hawaii every year and they pay him to come. They invite him so much, he doesn’t even have to go every time they ask him. How nice is that?

So in answer to the original question posed in this blog, “Is Andrew Luck a crazy or a genius?” Well our battle of the Brady’s shows that he is crazy. I’m sorry Andrew, I think your making a big mistake. But that’s just my humble opinion. Good luck.


Leave the guy alone its his decision i respect that he is not going for the money, life is not about money or house or the pretty wife. I hope he becomes a much better quarterback then that jerk Tom Brady.


There is one significant upside to Andrew Luck’s decision. It’s the message he is sending to our kids around the world…stay in school. This message is seldom publicized! He is sending an important message to kids that finishing school is even more important than tens of million of dollars.


Let me Disagree:
1. Tom Brady
2. Push – The Brady kids are talented
3. Mike Brady – Sweet House and can’t beat the location
4. Mike Brady – Alice, hands down
5. Mike Brady – Any man that can pull of a plaid suit…Tom Brady looks like a D-bag.
6. Tom Brady – Even though Mike is sportin some sweet short shorts, Tom gets to hang out with NFL players.