The NHL’s Rookie SuperSkills competition, part of this weekend’s NHL All-Star Game festivities, will be held on Saturday evening, January 29, at the RBC Center in Raleigh, North Carolina, home of the Carolina Hurricanes. Only this time around, an eight-year-old from North Raleigh will be serving as the evening’s designated “Stick Kid.” His name is Devin Ybarra and he’s excited, to say the least, about his newfound responsibilities.

“I can’t wait to walk into the Hurricanes locker room and meet all the All-Stars,” said Ybarra, a third-grader at nearby Brassfield Elementary School. “Going in the locker room, I want to see all the Hurricanes lockers and then just being able to sit on the bench because I’ll get to see [‘Canes Team Captain] Eric Staal up close.” 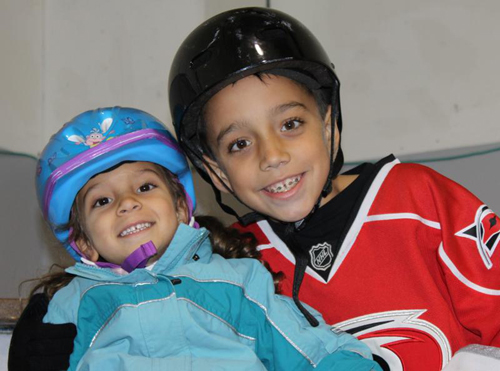 LAMP-LIGHTER: Devin Ybarra, right, is the winner of Upper Deck's "What I Love about Hockey" essay contest. His younger sister, Kailey, is thoroughly impressed.

Ybarra, a diehard ‘Canes fan, is the older brother of four-year-old Kailey and the son of Robert and Michelle Ybarra, who are both native Californians. He earned the right to serve as stick kid during the first half of the Rookie SuperSkills competition by submitting a written essay in Upper Deck’s recent “What I Love about Hockey” contest. His entry was selected from several as the grand prize winner.

“He’s extremely excited about Saturday, but I think his duties are more of a privilege than a responsibility,” said his mom, Michelle. ”He’ll get to take a tour of the locker room, meet the All-Stars and have them sign his All-Star jersey, and then, of course, get to sit on the bench with them during the SuperSkills event. He’s there to make sure they’re comfortable.” 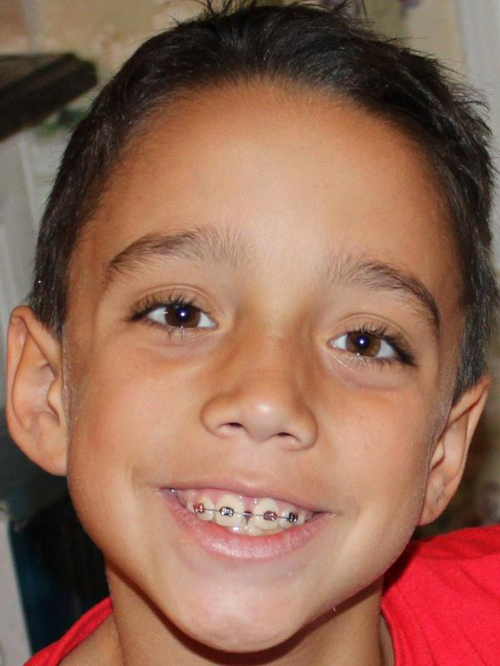 COLOR-CODED: Ybarra's love of the Carolina Hurricanes runs so deep that even his braces reflect the home team's red and black colors.

While he’s not a competitive youth hockey player yet, Devin is currently enrolled in a “Learn to Skate” hockey program at the Polar Ice House in Wake Forest. A quick study in sports, he has been playing organized Pop Warner youth football for the past two years and helped his team – the North Raleigh Bulldogs – post an undefeated (9-0) record last fall.

As it turns out, Devin’s mom shares her son’s enthusiasm for the ‘Canes and the sport of hockey. In his essay he wrote: “Hockey is a cool sport. They get to check and do fake passes. Whenever you score, the crowd goes crazy. After I do my homework, I like to play street hockey with my mom. I want to play in the NHL with the Carolina Hurricanes.”

Devin’s grand prize package includes a free pass to the NHL All-Star Fan Fair all weekend long; the opportunity to meet Hurricanes rookie center Jeff Skinner and receive an authentic NHL Hurricanes jersey on Friday at the Upper Deck booth; a VIP pass which will help him get to the front of any line for players’ autographs; and the right to visit the All-Stars locker room on Saturday to have his jersey autographed by as many players as he can find.