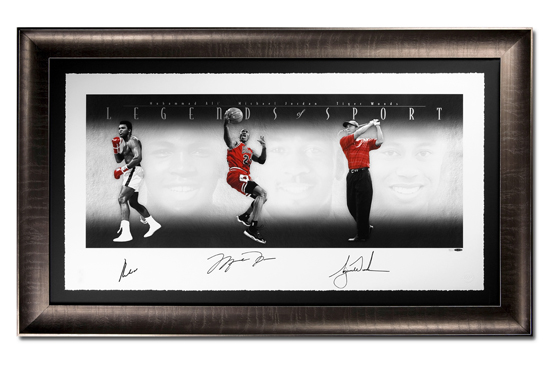 The arrival of the Legends of Sport Red Variation piece at Upper Deck offices today has ruined productivity. Staff are having a hard time not stopping by to take a look at it and once they start checking it out, they find it difficult to stop. It is almost like the images and signatures Muhammad Ali, Michael Jordan and Tiger Woods have them hypnotized. They stand admiring the piece, wishing they could own one, but knowing they likely will not. A manager steps in to shepherd the staff admiring the piece back to work, but now he is transfixed by the piece as well. 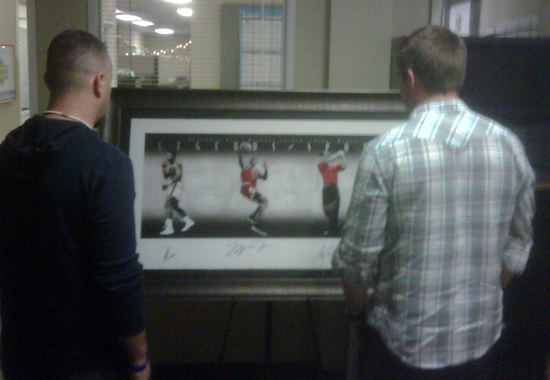 Worse than rubberneckers adding to traffic on the freeway, staff found themselves lost in the piece 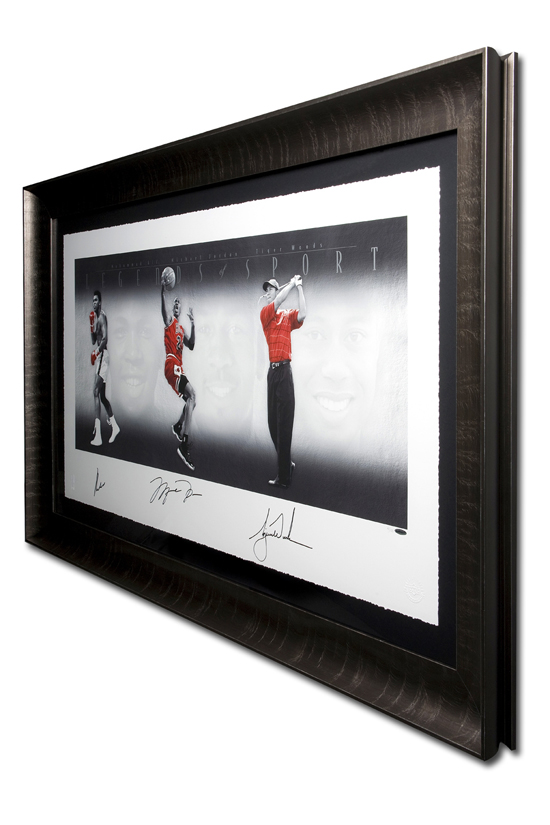 More than just a talking piece, a true piece of sports history

A piece like this would be considered the holy grail to a collector lucky enough to possess it and they will have their chance when they go live on Upper Deck’s online store the first week of February. It carries a suggested retail price of $7000. This limited-edition item can also be procured by contacting Upper Deck Authenticated at (800)551-8220 early next week. 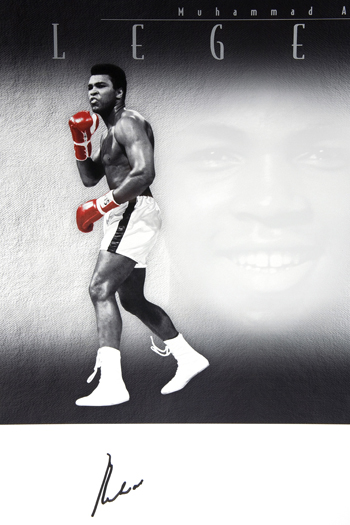 "I hated every minute of training, but I said, 'Don't quit. Suffer now and live the rest of your life as a champion.'" - Muhammad Ali 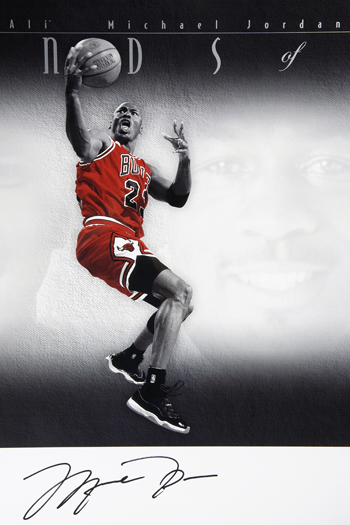 "I've always believed that if you put in the work, the results will come. I don't do things half-heartedly because I know if I do, then I can expect half-hearted results." - Michael Jordan 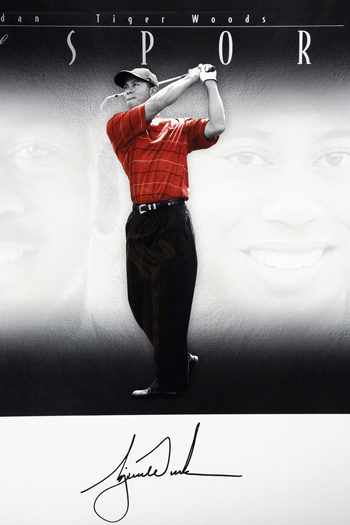 "No matter how good you get you can always get better and that's the exciting part." - Tiger Woods


This is no doubt a beautiful piece, but to be honest this is not that impressive. It’s no different than three separate items that those three guys signed. Now, if there was an actual photo of them three of them together, that is different.