I have been working for Upper Deck with our Customer Care group for more than five years and actually managed a card shop prior to that. As the Manager of UD’s Customer Care division, I find it exciting to be on the front lines, working with our customers and hearing first-hand what your experience is like with our brands. 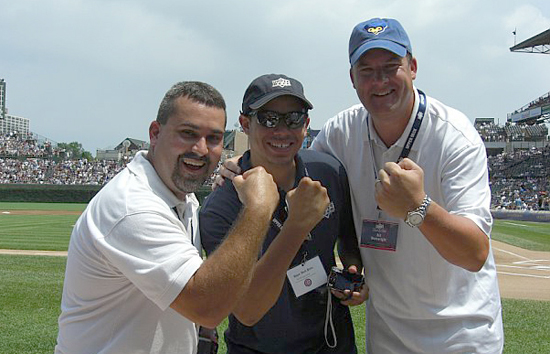 Nick Leslie (middle) poses with two UD collectors at Wrigley Field just prior to getting one of them to throw out the first pitch of the game.

Throughout the course of our workday, we often hear the same questions over and over again. Usually when one person has a question, they are not alone. Knowing that, we wanted to create a recurring column on the UD Blog which will answer those questions we are getting asked the most.

Here are some of the most frequently asked questions we are receiving in Customer Care right now:

Ask Upper Deck: Why are there rookie exchange cards? Can’t you just put the cards in the product?

Nick Leslie: “There is definitely a demand and interest in early season NHL trading card releases. Unfortunately the NHL has a rule that a manufacturer cannot produce a rookie card of a prospect until they actually skate in an official league game. This rule is a good one as it helps to make sure that the prospect is playing with the team so it is likely the player’s cards will have better value.

“The problem is that rookies really drive hockey card sales and if our early season products didn’t have a way for collectors to get new rookies, those products would be considered much less collectible. And our mantra here is all about making the most collectible products in the industry. So we came up with the idea of draft pick exchange cards where collectors receive a card for a future rookie that we determine after the season starts. 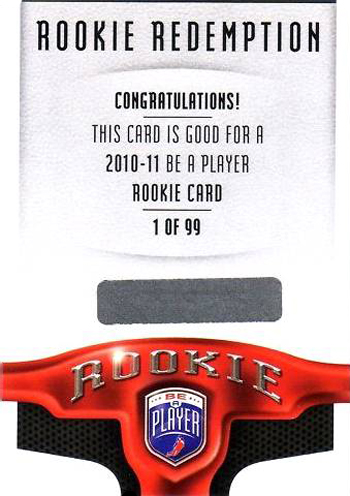 “Now this creates a little excitement as collectors share ideas about which rookies will be called up and which cards will be redeemable for which players. Normally around the holidays we share a final checklist and get to work on producing these cards for collectors. This year we had two products that had these types of rookie exchange cards: Be-A-Player and Artifacts. We’re now hard at work on getting them produced and will get those mailed out to our loyal collectors upon completion!”

Nick Leslie: “The rookie class for 2010-11 NHL cards has been very strong and puck fans have definitely been looking to get autographs of these star players. Upper Deck is very excited to bring them directly to fans in a variety of ways. 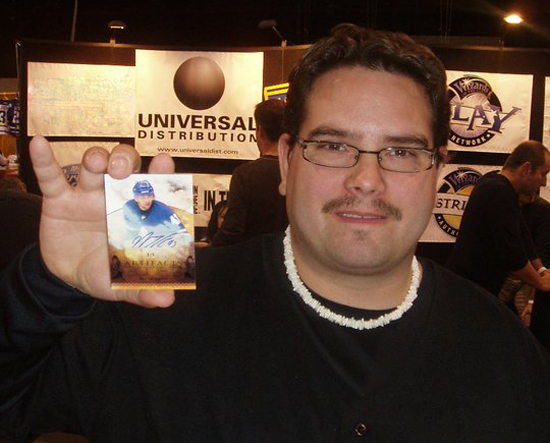 “First there are cards available in products now on shelves where you can pull autographs of these stars. Here’s a breakdown: 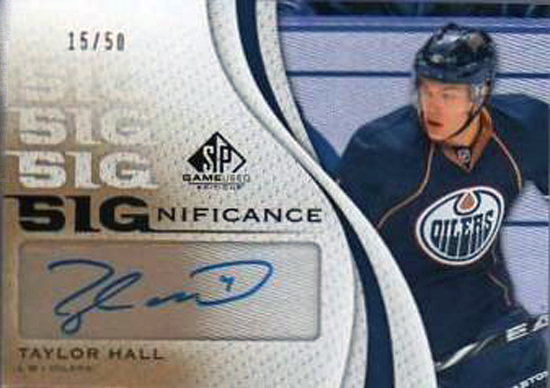 “As we reach the second half of the season there will be even more rookie autographs of these top talents in new Upper Deck sets so keep an eye out for them. There are some other places you can find rookie autographs from Upper Deck though. We produced Taylor Hall and Tyler Seguin autograph cards for the Priority Signings set and those were distributed at the NHL Fall Expo. 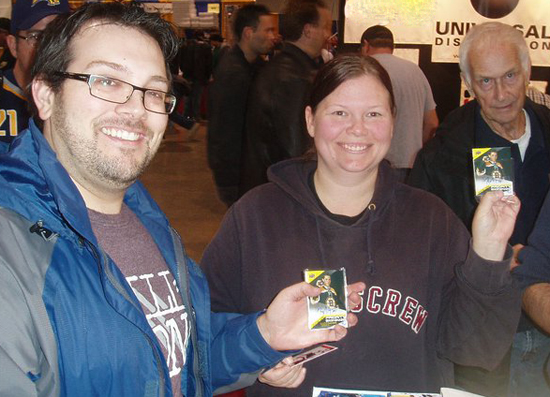 “We had all the top rookies sign different promotional items like pucks, mini sticks and helmets at the 2010 NHL Rookie Showcase and Photo Shoot that we’ll be distributing through Facebook giveaways and in-shop promotions so look for those! If you are in Raleigh for the NHL All-Star Game next weekend, stop by the Upper Deck booth as we will have Jeff Skinner and Taylor Hall signing FREE autographs for loyal UD fans. Lastly, you may have heard about Upper Deck’s National Hockey Card Day coming up on Saturday, February 12. Well some lucky collectors may find an autograph of a top rookie in those packs too.”

Ask Upper Deck: When is SP Authentic Football coming out and why has there been delays?

Nick Leslie: “SP Authentic football will be released on February 15, 2011, and we are very excited to bring this product to market. One of our top priorities is eliminating the use of redemption cards wherever we can. In order so that we can secure more autographs in house for this release, we have delayed it a bit. We would rather apologize for delaying a product and have it be great, than put it out and apologize for the number of redemptions found within packs. We have several new elements to this set that are sure to make it one of the best football releases of the season. It should be a lot of fun to open.” 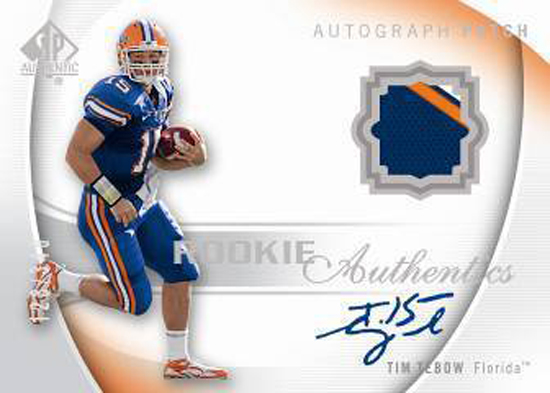