The Josh Freeman Story: Flying Under the Radar

I remember attending the 2009 NFL Rookie Premiere Photo Shoot at the Los Angeles Memorial Coliseum like it was yesterday. As a lifelong USC fan I was excited to meet Patrick Turner and Mark Sanchez, but there were a variety of potential superstars that day including Matthew Stafford, Jeremy Maclin, Knowshon Moreno, Percy Harvin, LeSean McCoy, Michael Crabtree, and many others. One guy who definitely stood out was Tampa Bay Bucs rookie QB Josh Freeman, not because he was loud, but because he was so darnn big. Freeman is 6’ 6” tall and every bit of his 250 pounds, an imposing force for sure and the vision of the new prototypical NFL quarterback.

He was an affable young man who seemed just happy to be there. Little did any of us know that two years later he would arguably be the best quarterback from the 2009 NFL Draft. Just take a listen to what he had to say that day.

Freeman mentions an ability to make plays as to why he should be considered the most valuable rookie in the interview. And that’s just what he did in his first NFL game when he completed a fourth down touchdown pass to take the lead late in the game and help the Bucs snap an 11-game losing streak. Freeman performed admirably for a young signal-caller taking over a team with a penchant for losing as of late. And this season he has been extremely solid earning an alternate role this week for the Pro Bowl after tossing five touchdowns on Sunday. But still, in the hobby, he is the Rodney Dangerfield of that year’s rookie class; he gets no respect. 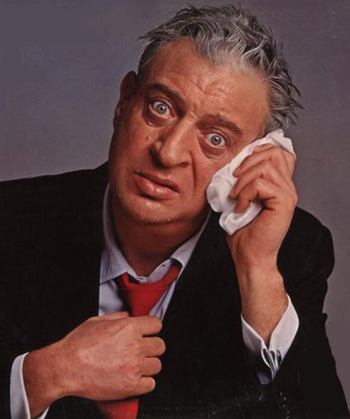 Rodney Dangerfield and Josh Freeman both get no respect.

Rookie cards of Stafford and Sanchez still outsell him going for several hundred dollars each while Freeman’s cards sell for significantly less. Freeman is a top talent that you can still invest in now at low prices. His Exquisite rookie sells for about $200 while his SP Authentic and Ultimate rookie cards can collectively both be had for less than $100. And if you can wait until the off-season, you can likely get them for even less when football isn’t top of mind. 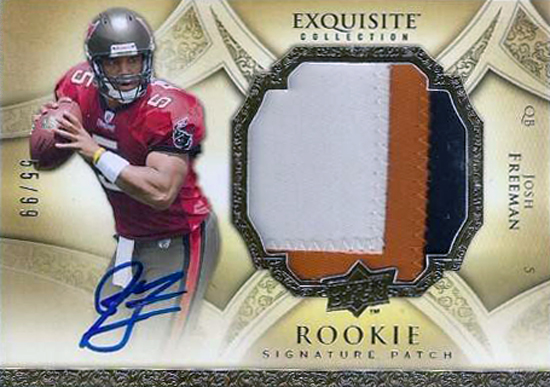 There are a multitude of reasons why Freeman has been overlooked. People just don’t think of great quarterbacks when they think of the Tampa Bay Buccaneers. He’s in a small media market so there is less attention on him. Also, there was so much hype around Stafford and Sanchez, he never really had the spotlight cast on him. It seems like he wouldn’t have it any other way as he just goes about his business with a quiet confidence and poise that make him seem like a seasoned pro, not a second-year starter. 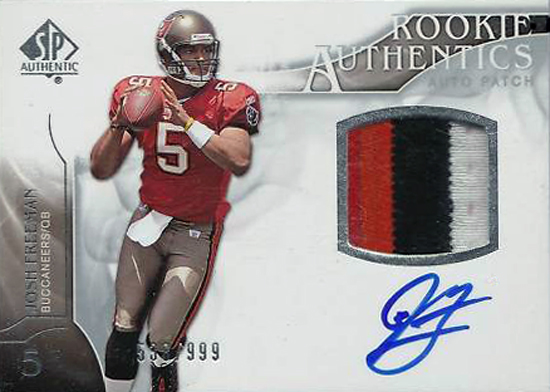 But go ahead and keep ignoring him. He’ll just keep putting up numbers, getting better and, barring injury, help the Tampa Bay Buccaneers return to the Super Bowl. And he’ll be doing it all while flying under the radar.