Hockey sensation Taylor Hall is 6′ 1″ tall and weighs 190 pounds. He’s also the No. 1 overall pick from last June’s NHL Entry Draft, selected by the Edmonton Oilers. Much hype surrounded Hall’s No. 1 classification and so far this season, he’s living up to the billing. The burly 19-year-old center has already tallied nine goals and six assists for the Oilers, who are currently battling for the top spot in the Western Conference’s Northwest Division. Get in on the ground floor of Hall’s surefire professional hockey career by landing this autographed puck from Upper Deck Authenticated signed by the standout young gun during September’s NHLPA Rookie Showcase, which was held in Toronto. Come to think of it, he just scored the game-winning goal in Saturday night’s 2-1 overtime victory against St. Louis, so what are you waiting for? Place your order today! 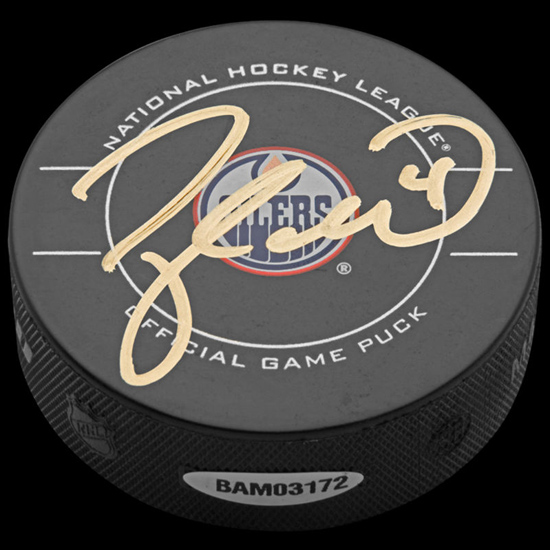 When it comes to blistering slap shots, look no further than Taylor Hall's powerful lifter.