Need a cool, affordable holiday gift for the basketball fan in your life? Why not give him this unforgettable shot of Michael Jordan? Upper Deck honored its longtime basketball spokesman’s selection in 2009 to the Basketball Hall of Fame with this memorable image of MJ taken during the 1991 NBA Finals.  It was June and Michael and the Chicago Bulls outplayed a formidable foe (the Los Angeles Lakers) to earn their first NBA championship banner.  This image highlights the classic confrontation between Michael and Magic Johnson during that year’s NBA Finals. The unframed photo, which features a special Hall of Fame logo, measures 11″ wide x 14″ high, is limited to 500, and retails for just $29.99! Order yours today! 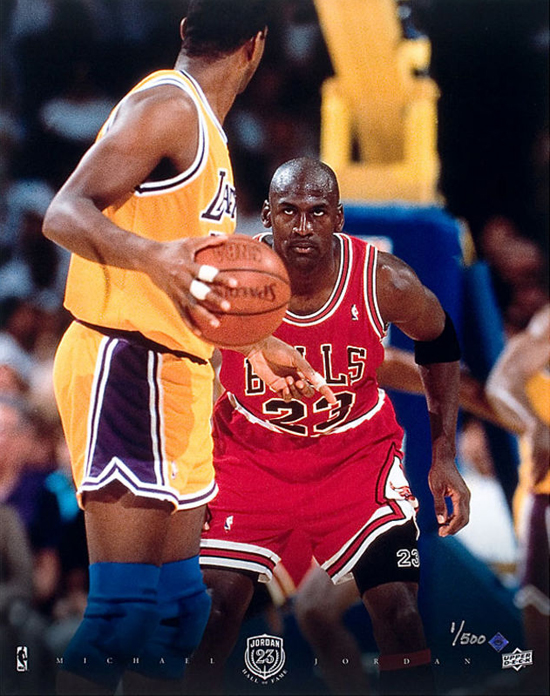 Eyeing the Prize: Michael Jordan outplayed Magic Johnson and the Lakers in the 1991 NBA Finals.