Shakeups are nothing new in NCAA Division 1 Football. There are always new teams making runs up the national rankings ladder and then fading the next year, replaced by whichever team has the hot hand and the most talented roster that season. However, the sport also remains fairly top heavy. While an upstart team can go from a losing record to nearly undefeated in one year, there are also the traditional powerhouses who accept nothing less than a major bowl game every year, and anything less is considered a major disappointment. It’s actually more surprising to see one of these powers struggle through a season than it is to see a smaller school come out of nowhere to find national success.

Schools like TCU and Boise State getting so high in the BCS rankings is not the only surprise to come out of this season. Part of the reason those teams and other non-traditional powers like Oregon and Stanford are ranked so high is due to the struggles of some traditional powers that normally would have a stranglehold on the national rankings this time of year. They aren’t there at the top this year, so the door has been left wide open for new teams to emerge. What teams left the door open? There are several, but here are three of the biggest disappointments so far this season:

Florida (2008 Final Ranking: 2nd/2009 Final Ranking: 5th/2010 Current Ranking: NR): Urban Meyer wins games, period. He has done it since he started coaching, and let’s not forget that before Boise State, TCU, etc., were crashing the BCS, Meyer made news at Utah by taking the first non-BCS school to a BCS bowl game. Plus, he won that game for good measure. Meyer took that success to Florida, and the team has been in the national championship hunt every year since. Well, until this year that is. Coming off an embarrassing loss to rival Florida State, this will mark the worst season the Gators have had under Meyer. They are barely bowl eligible, and it will be a surreal scene to see them in some lowly bowl game that nobody cares about instead of heading to New Orleans or another major bowl site. Like any powerhouse there is plenty of talent on the roster, but apparently leaving the Tim Tebow era was a lot more difficult than anyone down in The Swamp was hoping for. John Brantley was a highly regarded prospect and seemed an adequate replacement, but Tebow he is not. 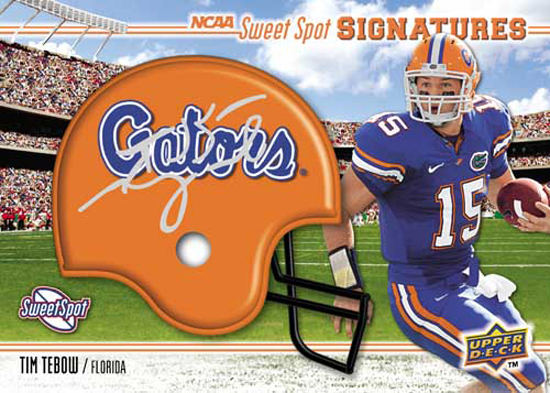 Without Tebow behind center this season, the Florida Gators have fallen on tough times.

It actually hasn’t been the worst season as most of the Gators’ losses have come against legitimate, ranked opponents in the always brutal SEC, but losses to teams like Mississippi State and South Carolina have raised some eyebrows. This is not the kind of season that a perennial powerhouse should have. A bad season for Florida should be finishing ranked in the teens or the bottom half of the top 10, not unranked completely. Many people forget that Florida wasn’t always this good, and they used to play third fiddle in Florida behind Miami and Florida State. The next couple years will say a lot about whether they remain top dog in the state and in the national rankings or if they fade back into a good but not elite team.

USC (2008 Final Ranking: 5nd/2009 Final Ranking: 24th/2010 Current Ranking: Not Eligible): Well, it’s gone about as bad as one would expect considering the severe penalties imposed on USC by the NCAA. And yet, it wasn’t supposed to be this bad. Many top recruits, most notably Matt Barkley, decided to stick with USC through the sanctions, and most figured USC would still hold its own this year. Fast forward to the present and USC isn’t even among the top couple of teams in its own conference, a conference USC has gotten quite used to owning every year. Slowly but surely schools were catching up with them, and the NCAA sanctions fast forwarded that process and shot Pac-10 teams like Oregon and Stanford past them. Schools like Oregon State and Arizona are also right there with USC now, and even when they come out from under their sanction it will be clear that they no longer own the Pac-10, or Pac-12 as it will have become by then. The Notre Dame loss really put an exclamation point on the Trojans’ poor season, and a loss to UCLA could incite full panic mode among the Southern Cal faithful. 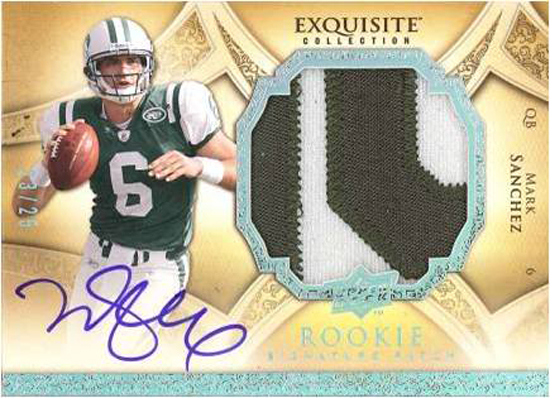 Former USC Trojans quarterback Mark Sanchez got out of Dodge just in time.

It remains to be seen if Lane Kiffin can turn this slide around. We will have to wait and see what kind of recruits he can bring in under these sanctions. He’s considered a solid recruiter and headed the recruiting efforts during his last tenure at USC, so it’s possible he can use the infinite resources at USC to bring in the top recruits that can turn this around. If he doesn’t, his time as head coach will be short, and the conference will be wide open for the first time since before former USC Coach Pete Carroll got the Trojans rolling.

Texas (2008 Final Ranking: 3nd/2009 Final Ranking: 2th/2010 Current Ranking: NR): Easily the winner of the overall most shocking fall for a powerhouse, the Longhorns have been on the doorstep of national titles the past couple years. This year, they have plummeted to a losing record and a hideous 2-6 record in Big 12 games. Kansas State, UCLA, Baylor, now these are not teams the mighty Texas Longhorns are supposed to lose to. Heck, these aren’t teams they would expect to beat by no less than 20 or 30 points!  However, as in Florida, they have had quite a bit of trouble replacing a franchise QB. This was supposed to be a pretty smooth transition from the great Colt McCoy to blue chip prospect Garrett Gilbert, but Gilbert has become a turnover machine. This is compounded by the fact that the Longhorns defense has been pretty bad, and with the offense turning it over the defense has been on the field quite a bit looking downright awful. 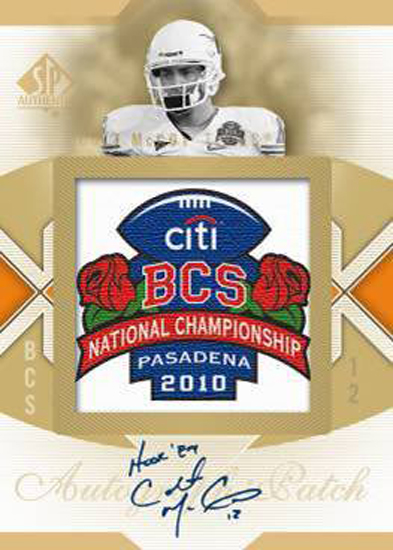 Without Colt McCoy, Texas will not be vying for the national championship this season.

Like Florida and USC, Texas has way too many resources to think they can’t recruit their way out of this mess and insert four- and five-star recruits to fill their needs. However, like USC in the Pac-10, one has to wonder if this is the end of a dominating run that will cause Texas to still be competitive but fall to the back of the pack. The same can be said for Florida. One thing that stands out about all of the losses each of these teams has suffered is that most of them have come against ranked opponents. It just happens that they have run into a good four or five ranked opponents each in a year where they are only fit to beat non-ranked teams. They can recover, but what if those other teams are still improving and they have to face this many ranked opponents every year? Can they go back to beating everyone or will upstart teams continue to play them tough and pull out wins?

All three of these schools are facing a gut check going into 2011. History says they have the ability to turn things around and once again be elite, but in the ever-evolving recruiting landscape they could endure one more down year before being back with the pack. If that happens they will have no choice but to step aside and allow other teams to take their vacated spots as national powerhouses while they try to rebuild. Fans of these schools can hope for the best, but they may need to get used to spending a few years waiting for that next national title shot.