Last week we challenged our thousands of fans on the Upper Deck Facebook page to post pictures of themselves in costume with an Upper Deck trading card. We received in a variety of great submissions as we were giving away some great prizes like an autographed puck from Devin Setoguchi, an autographed baseball by Fred Lynn, a Peyton Manning autographed mini helmet, a LeBron James autographed basketball, and a 2010 NFL PLAYERS Rookie Premiere multi-signed autographed helmet.

Here is a small sampling of the images we received in: 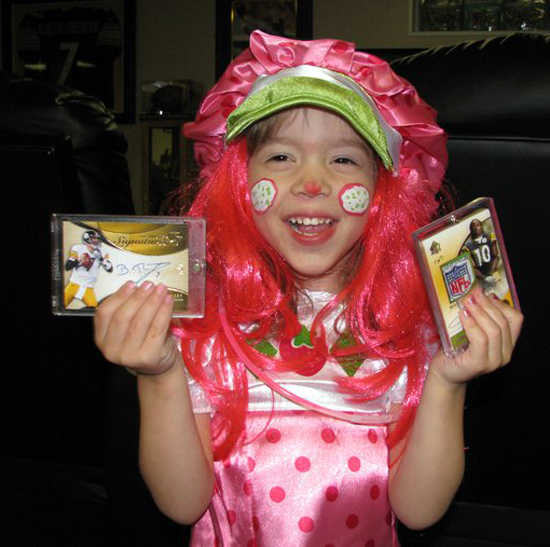 The only thing sweeter than Strawberry Shortcake is these cards! 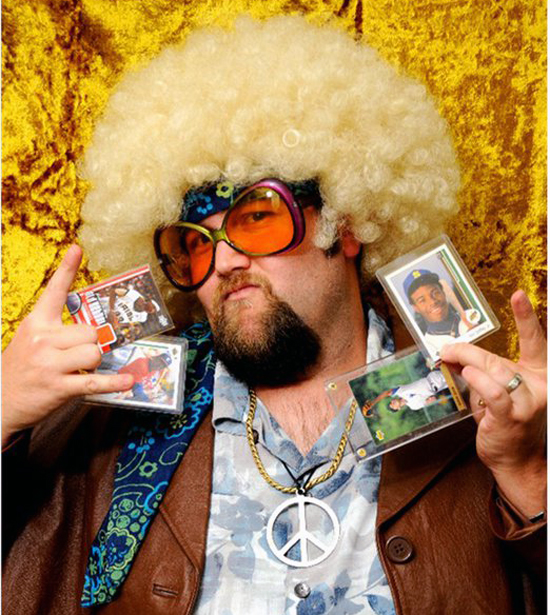 Looks a lot like our good friend Dr. Wax Battle! 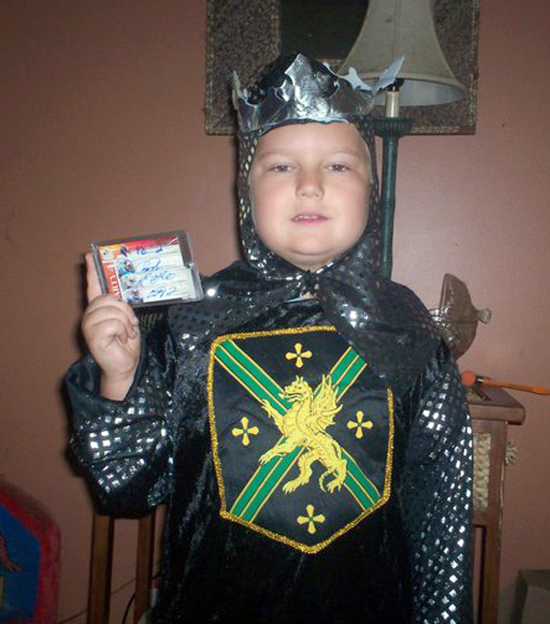 A good knight with a great card! 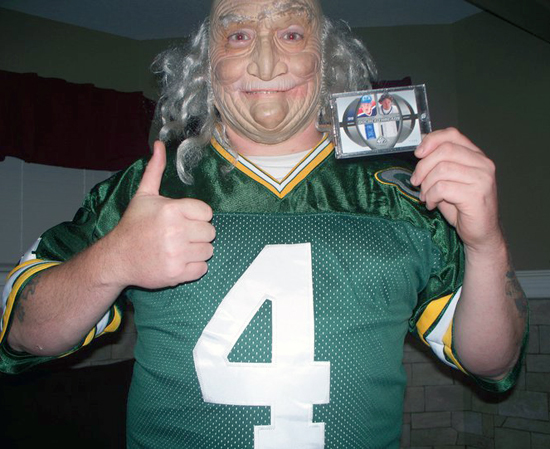 What Brett Favre will look like if he plays for a few more seasons. 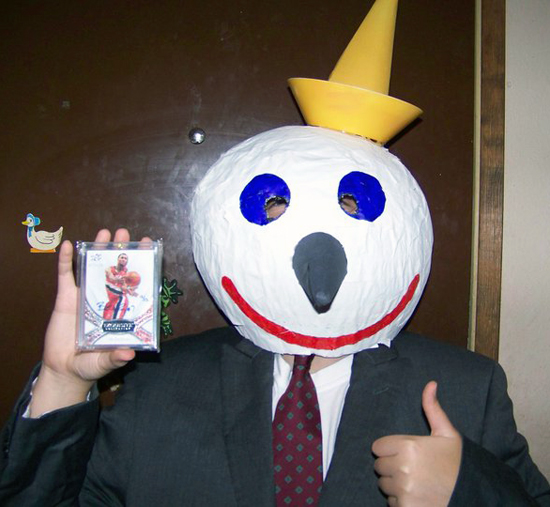 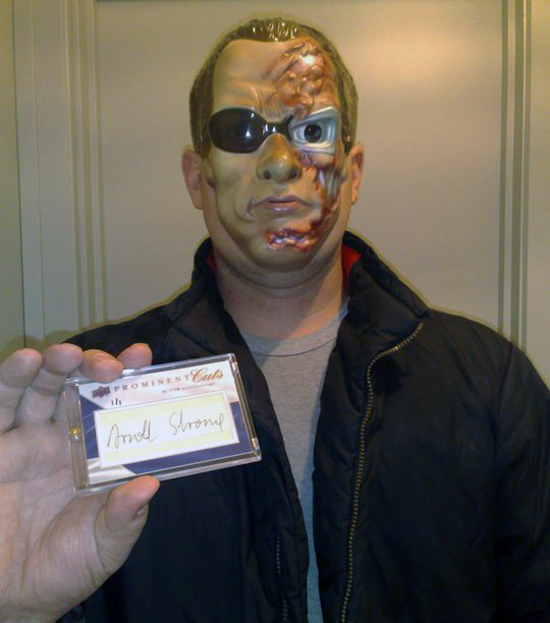 The Terminator holding an autograph card of The Governator! 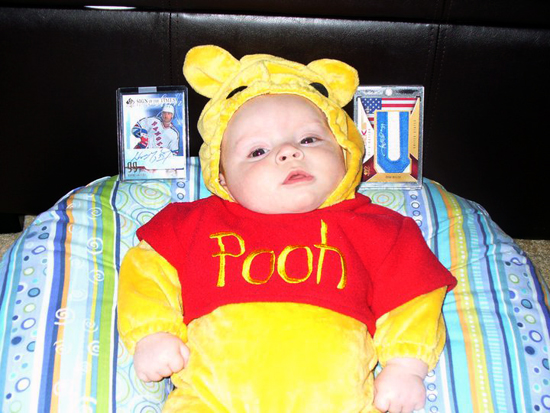 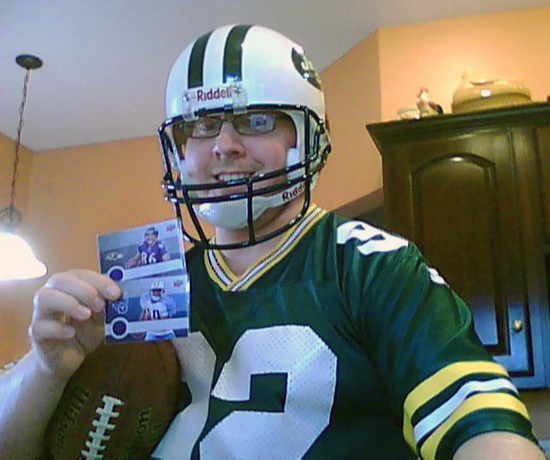 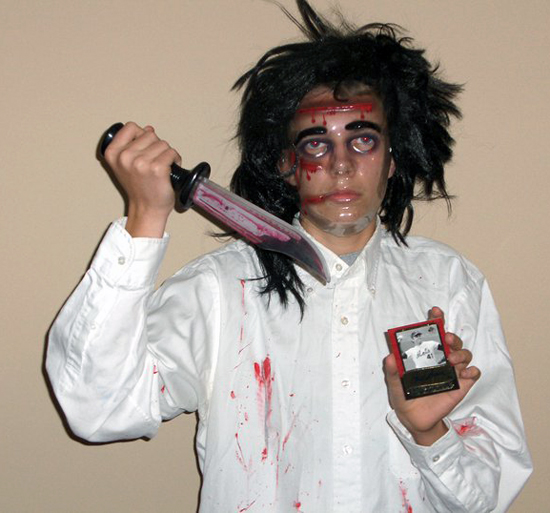 Now this is a killer card... 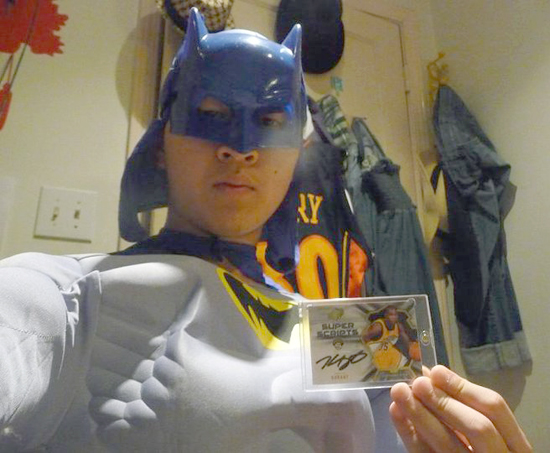 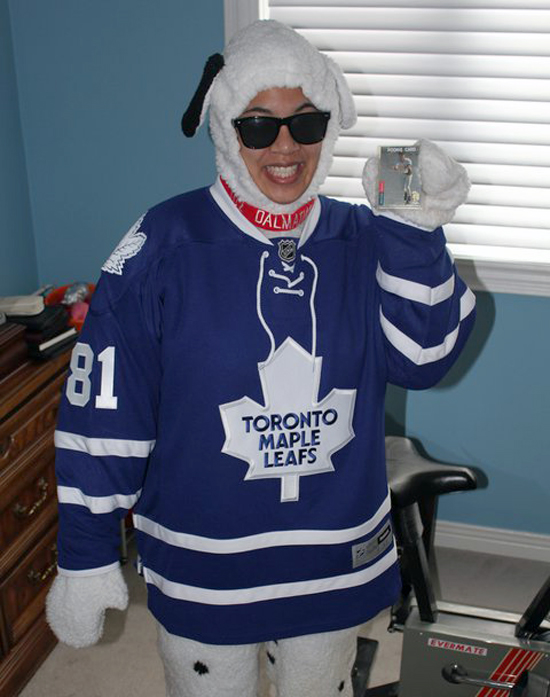 The Leafs have been hot this year, so is this Jeter rookie! 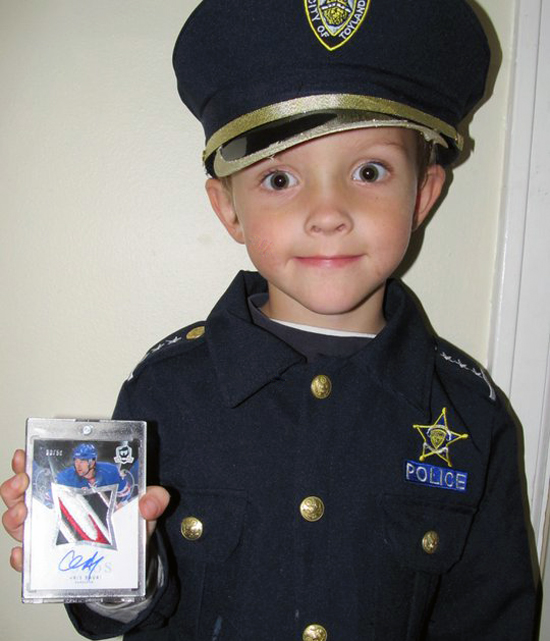 You're under arrest, for having a great card! 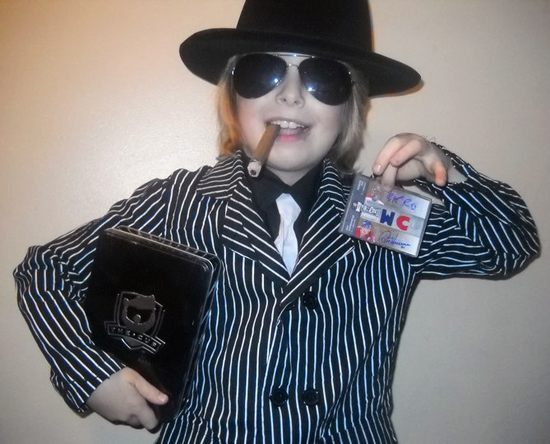 That tin of The Cup looks great on you! 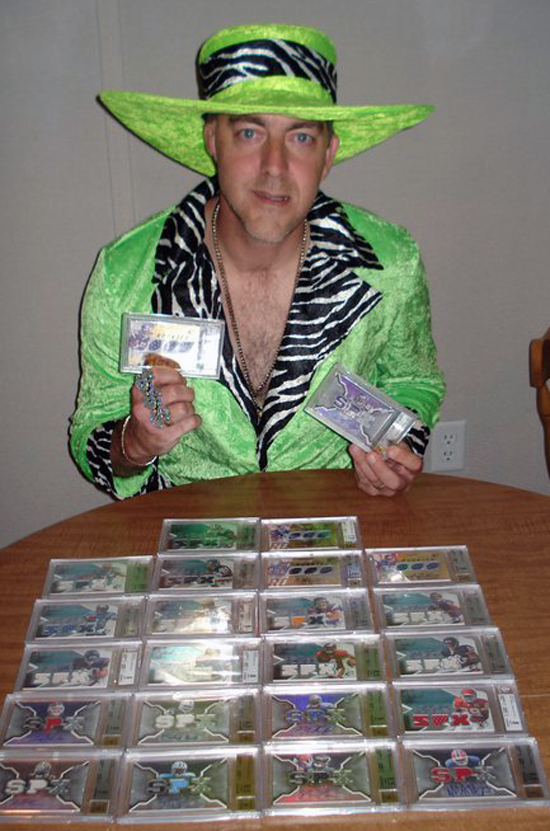 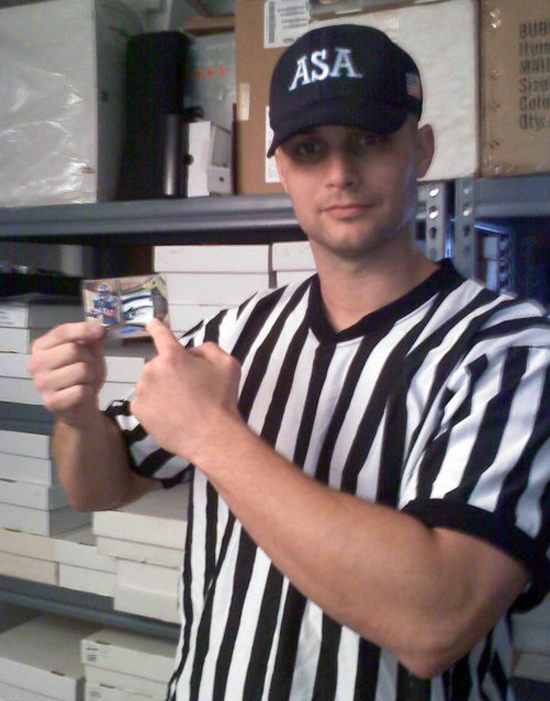 Time Out - To check out this great card! 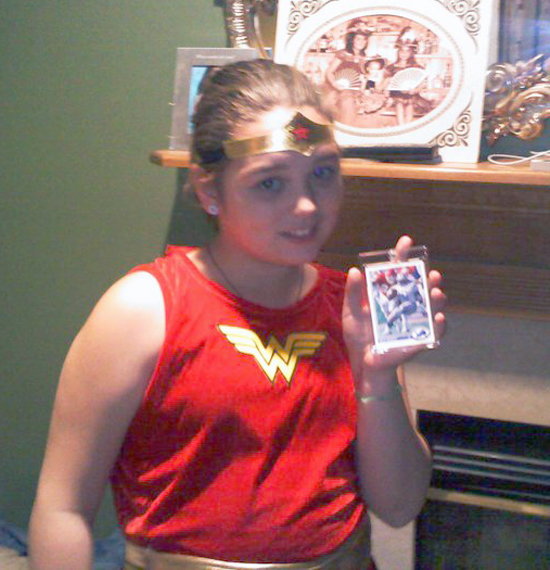 Wonder Woman's jet may be invisible, but her cards are not! 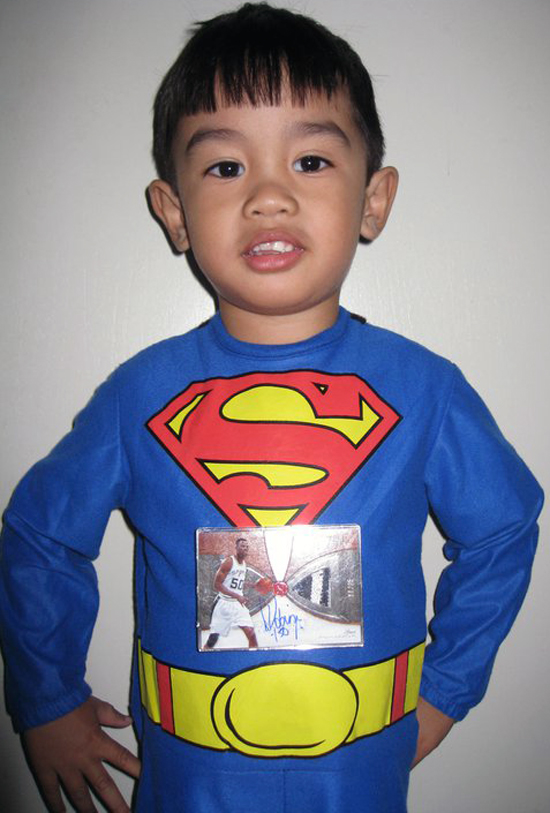 What a Super card! 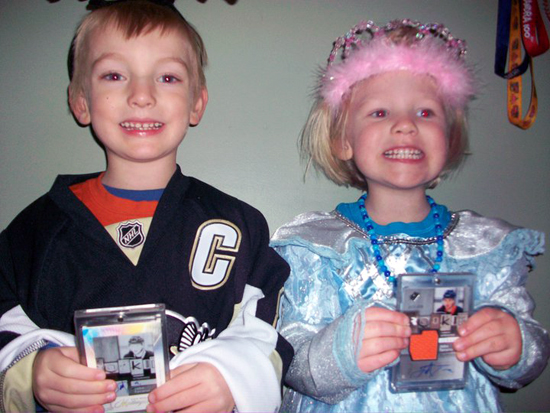 One of our favorite collecting duos!

And our absolute favorite came from Ryan Murphy who actually made himself into an Upper Deck NHL Young Guns card. Perfect timing too since the new 2010-11 NHL Young Guns are coming out in just a few short weeks. Although he wasn’t selected as a winner in the promotion, we had to put together a package for him as well because of his unique creativity. 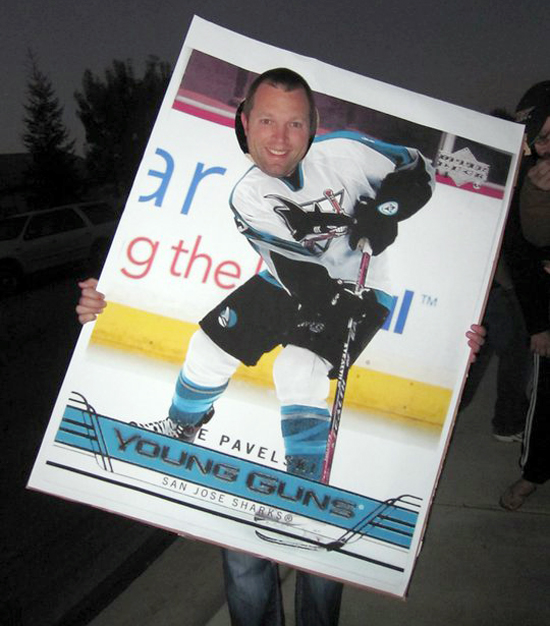 We frequently do giveaways through the Upper Deck and Upper Deck Authenticated Facebook pages, along with our Twitter account. So make sure you’re watching those accounts so you can try to get some of the great items that we give away to our fans in an effort to thank them for their support.