The Start of the NHL Season

The 2010-11 NHL season is well underway, so what do we know? With the first month of the regular season nearing completion, the short answer is nothing. Preseason pundits are hoping to rest on the laurels of good teams being good, and bad teams being bad.

As of right now, your division leaders in the East are Tampa Bay, Toronto and the New York Islanders.  Now raise your hands if you thought you would hear that at any point this season (and for those of you with raised hands, you might want to go buy a lottery ticket at this point, because that is luck if I have ever heard it…or you lie). In the West, you have defending Stanley Cup champions Chicago, along with Dallas and Colorado. Sure there are some ties, and some teams have played more then others, but being at the top of the division is still being at the top of the division. It is certainly a better spot then being at the bottom.

Just ask Colorado, which got off to a hot start last season and turned that into a surprising playoff spot, or Phoenix, which rode a fast start into a mighty fine season when nothing was expected of them if they take away the points that you get in October come April when the games are very competitive. Two points at this time of year are just as important as two points in the springtime, and one might argue more so, as you can turn success now into momentum going forward as the Coyotes did last year.

Ask Toronto, which after five games this year, have yet to lose in regulation, and have nine of a possible 10 points. After their first five games last year, the Leafs had but a single point, having lost all of their games. It took until November 21 to get their fourth win of the season, so the Maple Leafs are starting to put things together.

I am as far from a Toronto fan as possible – my favorite team is actually Montreal – but having a competitive team in the Big Smoke is a great thing overall. Toronto fans are some of the most rabid and vocal in the league, and with them all talking junk to the rest of us is actually kind of refreshing. Having been so bad since the lockout, it has at times made teasing Toronto fans way too easy. It is great to see them off to a hot start, and to see how long the fan-wagon holds up.

As for the hobby, it is starting to get amped up for the season. Upper Deck already has had Victory hit the shelves, and with Artifacts releasing this week, it should be a fun start to the season. Here are some players you may want to keep an eye on if they can translate their hot team starts or personal-best starts into great seasons. 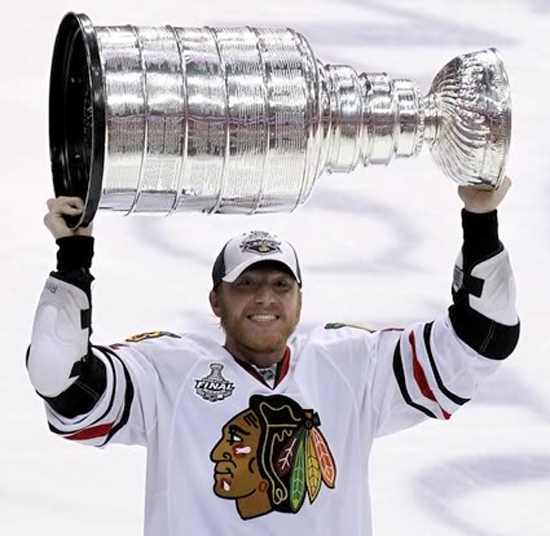 Hossa has long been a star of the league, but this year he seems to be playing like he has something to prove. Finally, after three years, he’s a Stanley Cup champion and is certainly showing why the Hawks invested so heavily in him.

Currently leading the league in points and tied for the league lead in goals, expect to see lots of Hossa in this year’s product releases. This should be a fun season to see some of the combinations of cards as well with a cast that includes superstars Patrick Kane, Jonathan Toews, Duncan Keith and Marty Turco to name a few. 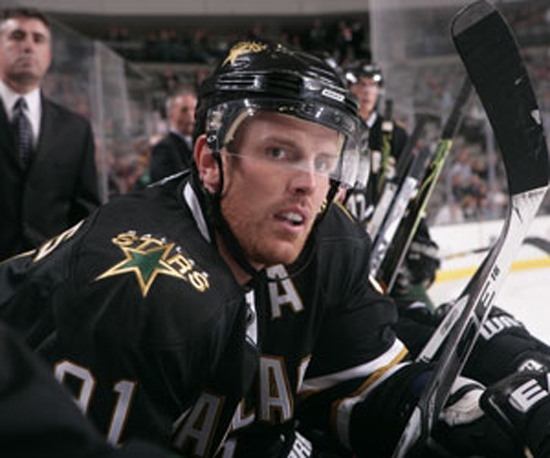 Currently leading the league in scoring with two points a game, Richards returned to prominence last year after recording 91 points. This year, he seems to be a better two-way player as evidenced by the fact that he currently leads the league with a plus 8 +/- rating, and has tallied 10 points after just five games.

Dallas has made some changes recently most notably in net with Kari Lehtonen taking the reigns from the exited Marty Turco. If he can continue to show the promise that made him a No. 2 overall pick in the draft and Richards can continue to put up points with quality help coming from Loui Eriksson, Jamie Benn, Brendan Morrow and James Neal, this team can ride good play into a great season. Watch for it; when expectations are low, professional athletes have a tendency to get a bit of a chip on their shoulder and go out of their way to prove people wrong.

Look for the same thing happening in Toronto as we examine another pair of players who are going to be playing this season with a chip on their shoulder. 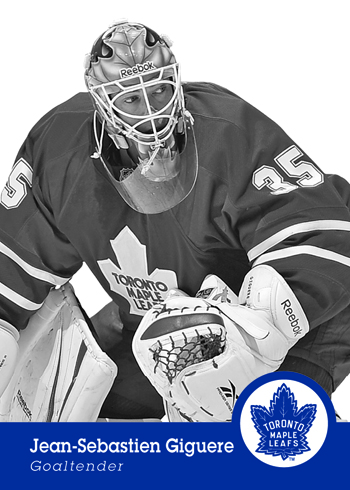 J-S Giguere has done a lot in this league. He has won a Stanley Cup and has even won the Conn Smythe Trophy as the playoff MVP (when he didn’t win the Cup). This year seems to be a bit different though. He has something to prove. Basically he was cast aside by Anaheim last year to make room for a younger, cheaper option (granted, they probably also thought better), and sent packing to the Toronto Maple Leafs. Giggy responded right out of the gates with some solid play. This season though, he is out to prove that he is not yet washed up, and playing for a contract can certainly do that for a player. I expect a solid year from the Leaf netminder, and he will probably have a lot of cards to chase being the man in the pipes for Toronto. 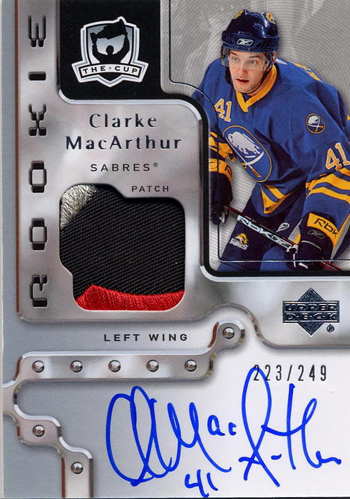 Clarke MacArthur is a bit different. He is off to a torrid start so far scoring five goals in five games.  I don’t even think his mom would have expected a start like that from the veteran. What he is though is another guy with something to prove. He went to arbitration over the summer was awarded a pretty nice raise, but then Atlanta walked away from the ruling leaving MacArthur a free agent.  It took a while for him to find a home and had to settle for a one-year contract. For a player to take a one year contract the way he has shows that he wants to prove to people his legitimacy as a player. Looking for a long-term deal, playing time, and if nothing else, the opportunity (which it seems both the management and coaching staff seem committed to doing thus far) are great reasons to believe a career season could be in store. I am not saying that he is going to be a 50-goal scorer or anything, but look for a big spike in numbers, and as a result, look for the fan base to take notice, and a spike in some of his rookie cards in particular on the secondary market.

Next time out, look for a post on the teams and players that have started slowly as optimism is the name of the day today. Next time, I want to take a look at early season disappointments. Sometimes you can unearth some great treasures when a guy starts cold, and I want to see if I can help find some. Which players do you think are off to the slowest starts that will pull it together later?