The Crosby Files: In Pursuit of Sidney

In 2005 the NHL was coming out of a lockout and I can remember racing home from work to watch the NHL Draft Lottery on one of the ESPN stations in order to see which lucky team would win the right to select Sidney Crosby of the Rimouski Oceanic. I had been listening to a great deal of chatter about Crosby as he had been anointed as “The Next One” by many media outlets and scouts, and I was hopeful my hometown Rangers would somehow walk off with the first selection. 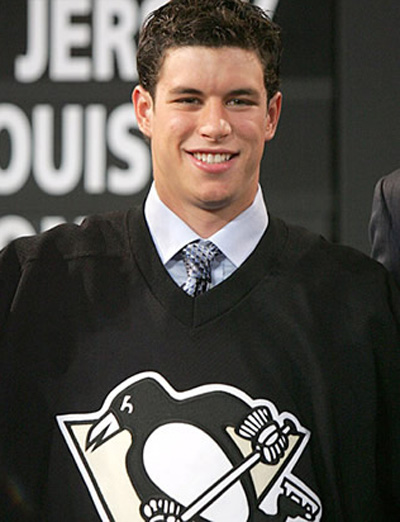 The Next One: Sidney Crosby was destined to be a special player.

A couple of months later I was felled by a major health crisis and was hospitalized for close to six weeks. During a long convalescence at home, I received a New York Mets team card set as a gift from a friend and I instantly became fascinated with collecting again after many years of being away from the hobby. As the months passed and I recovered slowly but surely, I re-entered the trading card arena. I read magazines and visited countless websites. Then in 2007, I purchased one box each of 2004-05 and 2005-06 hockey cards (made by one of UD’s competitors). Going through each pack I pulled several Sidney Crosby Oceanic and Team Canada cards. I remember thinking to myself how cool it was to pull cards of Crosby and quickly placed them into an Ultra 9 pocket sheet. I had no inkling of what kind of an insane journey I was about to embark upon. 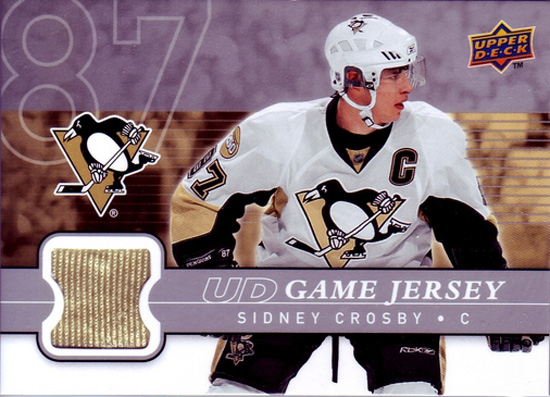 The Sidney Collection: Do you think you could collect every one of The Kid's cards?

Once I returned to my job, I dabbled in collecting and enjoyed talking “puck” with co-workers. One afternoon, I bought a box of 2005-06 Upper Deck Series 2 Hockey cards and ran back to the office to open that bad boy up. After going through the first few packs, I saw a certain card and could not believe it. There in my hand was a Sidney Crosby Victory rookie card (#285). It was my first Upper Deck Crosby so I made sure I stored it safely until I got home. Once there, I added this beauty to my burgeoning collection. Over the next few weeks, I spent most of my free time researching Crosby and his cards. One morning during this all encompassing research project, I happened upon a website where a collector was showing off his entire Crosby collection. There were probably only 20 cards displayed but I went nuts. I was hooked and the fuse had been lit. I made the decision to forgo all other cards and start building my own Sidney Crosby personal collection. 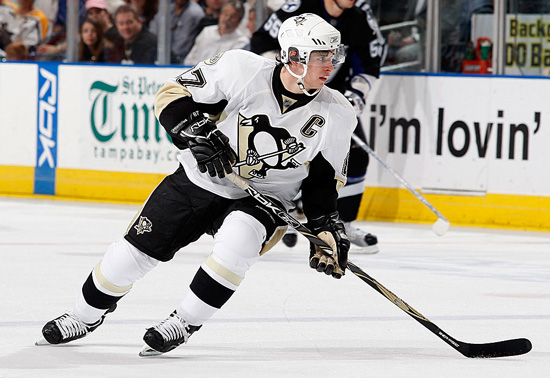 Lord Stanley's Cup: Crosby has made a big splash in a very short amount of time.

Well, that was more than three years ago and looking back I had no idea how hard it would be to together a personal collection of just Crosby cards. I had not considered the cost or availability and had no clue as to the level of commitment putting a serious collection together would take. Today I am one of Sid’s biggest fans and have painfully learned that there are a lot of Crosby cards available and many of them remain totally out of my price range.

I originally began assembling the collection through buying boxes and was able to pick up singles from Beckett and through hockey card site trades with other collectors. By doing this I learned a great deal and made many terrific friendships with fantastic people. Inevitably, my passion has led me to eBay and I have been active there for quite a while. So, 1,100-plus cards (plus duplicates) into the personal collection, my passion to collect Crosby burns deeper than ever. I have resigned myself to the fact that I’ll probably never own all of Sid’s cards but the fun I’ve had and the people I’ve met, keep me trying to get as close as I can.


Me too brother I have 11 crosby autos, 26 GU and well over 300 different base cards and parallels!

Now I have an authentic alternate jersey for my collection!


Great read Chuck! Nice to see such a great guy doing some writing and getting some exposure!

Keep on keepin’ on.