The Allure of Collecting Hockey Cards

Hockey has always been “my” sport. Whether it’s watching it, playing it, talking about it, or one of my favorite pastimes, collecting hockey cards! Ever since the ripe age of four, I’ve played hockey. Starting with the Tim Horton’s “Timbit” league and eventually moving on to some more serious hockey. Why hockey? Well to tell you the truth, I don’t really know. It must be the on-ice passion. I don’t think there are many sports out there with the genuine excitement I feel when I’m at a hockey game or even watching a game with friends and family. I really wish this was something everyone could feel at least once in their lives. It’s just so empowering. Everybody – regardless of age, religion, race or opinion – rejoicing to watch some good ol’ hockey! 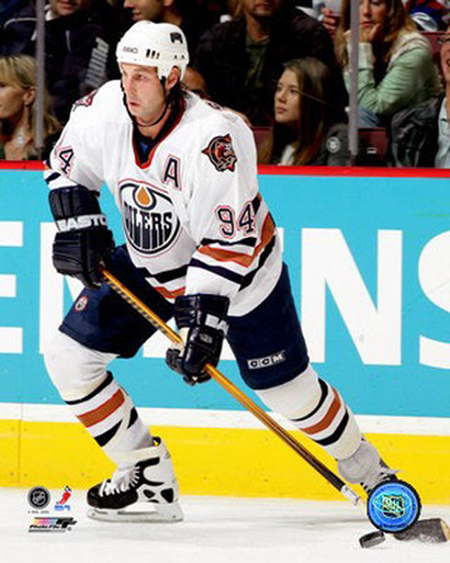 Ryan Smith's 36 goals and 30 assists for Edmonton in 2005-06 were enough to inspire the author to pursue hockey.

I’m a 15-year-old from Winnipeg and I’ve always collected memorabilia. I was an autograph hound starting at a young age when the local Manitoba Moose of the AHL would hold autograph sessions. I suppose this is what eventually ignited my love for collecting as well! I’ve always found it so neat to meet the players off the ice. Realizing that they are real people too and that the sport is their job is really inspiring. Somewhere during those formative years, I found my favorite team: the Edmonton Oilers! My first year of really following hockey would have been the 2005-06 NHL season. I had cheered on the Oilers since the beginning of the year. I modeled my own play after the team’s gritty winger, Ryan Smyth. When Edmonton lost Game 7 of the Stanley Cup Finals to Carolina that season it marked the saddest moment of my young life. Nothing before that had ever made me cry so hard. It seemed as though everything came crashing down. 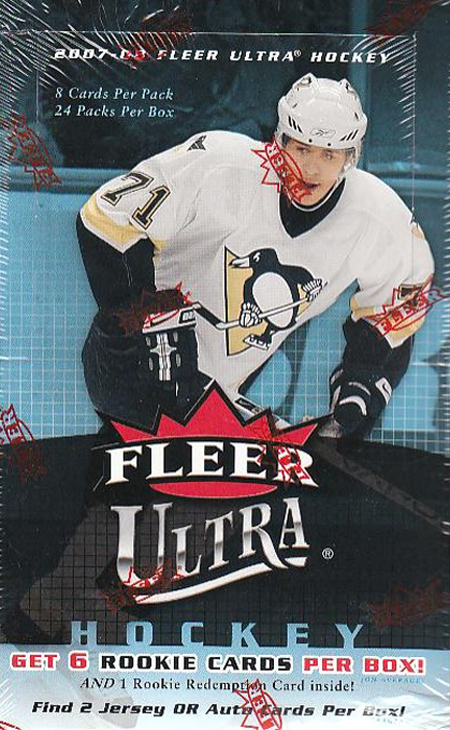 Opening a pack of 2007-08 Fleer Ultra Hockey cards was the catalyst to kick-start the author's passion for the hobby.

I still remember the first pack of hockey cards I ever opened. Strangely enough, I really didn’t find out about the hobby until the 2007-08 NHL season. The first pack I opened was a retail pack of 2007-08 Fleer Ultra. I was hoping to get a rookie card of my still favorite player, Sam Gagner. Unfortunately, I didn’t pull that redemption. However, I did notice that the pack was a little thick! I opened it up and lo and behold, I had my first ever jersey card! Of course now that I’m into the hobby a lot more, I am not nearly as excited as I was at that time. The card was of Marc Denis. I didn’t care that he wasn’t the best player out there, but I thought it was so cool that the card featured a piece of his authentic game-worn jersey! I got my first full hobby box that year for my birthday. Of course, I chose a box of 2007-08 Fleer Ultra! Ever since then, I’ve been hooked. I currently trade online under the name of “Gagner4God.”

This hobby has turned into a really great pursuit for me as it’s always nice to get home after a hard day at school and see a yellow package in the mail for me! I hope that I can still enjoy this hobby for another 20 years and maybe even pass it onto my children. It really is a great way to make friends as I’ve made countless acquaintances through my experience of trading online. I encourage anyone who enjoys hockey as much as I do to get into the card-collecting hobby.

As a Newbie, I am always searching online for articles that can help me. Thank you