As a serious sports fan, nothing disappoints me more than a professional athlete showing poor judgment. I don’t know about anyone else, but if someone offered me the chance to be rich and famous with the only requirements being play sports and don’t do anything stupid, I would probably end up locking myself in my house between games just so I didn’t make a mistake and mess up what a good deal I had going for me!

With football season well underway, fans are being presented with a new crop of rising superstars. So which players among these young NFL stars represent the combination of right attitude and athletic prowess that could make them the chosen few, the ones who we will be remembered decades from now as the best of the best both on and off the field? Here are my three favorite rookies who I predict we will look back on as the best of the best from the year’s draft class; not just as athletes, but as ambassadors of what is good in sports: 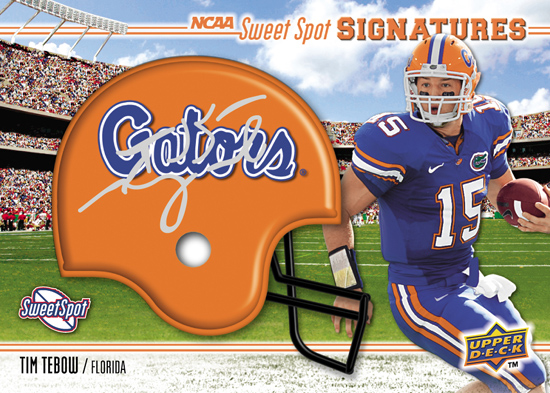 By all appearances, Broncos quarterback Tim Tebow looks to be a player kids can look up to.

Tim Tebow, quarterback, Denver Broncos: His off-the-field behavior doesn’t need to be scrutinized (he’s squeaky clean). Tebow, however, does possess ability on the field that can allow him to be more than an off-the-field sideshow. While not blessed with traditional passing mechanics and a playing style that is in some dreaded no man’s land between a pocket and a scrambling quarterback, many believe Tebow has the intangibles that will allow him to make good decisions under pressure. There’s no reason why Tebow can’t turn into a good game manager who knows exactly the right time for a pitch, shovel pass, or quick scramble that can turn out to be a game-changer. 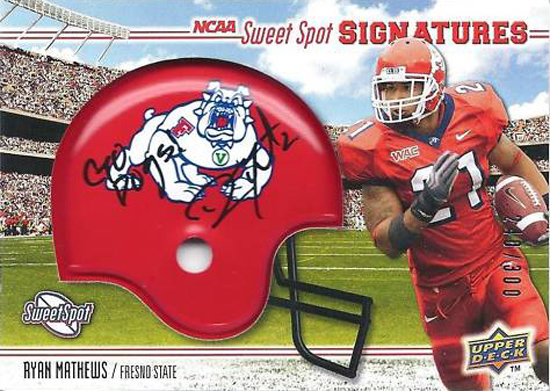 Ryan Mathews, running back, San Diego Chargers: Mathews is the real deal. He’s quick but stocky, built to take a hit and keep on running. He has the potential to become the kind of grinder that die-hard fans love; a guy who gets nicked up now and then buts keeps on going. He already showed this potential when he was taken out with an ankle injury against the Jacksonville Jaguars. Expected to be out for the rest of the game, he came charging back onto the field. Only the coaches’ collective hesitation with their No. 1 draft pick kept him from getting back out there. Not only that, he comes from humble beginnings as his mother delivered him at a very young age and had to raise him as a single parent. No doubt his humble upbringing will keep him grounded and his desire strong. 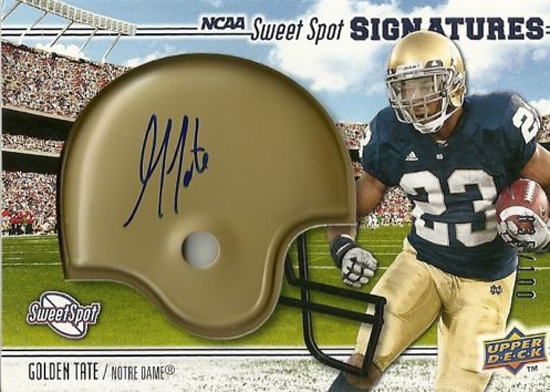 A former Golden Domer, Golden Tate is now running his routes for the Seattle Seahawks.

Golden Tate, wide receiver, Seattle Seahawks: When a guy’s greatest offense is trying to score a tasty doughnut at three in the morning, you know he’s is only out for some good clean fun. Tate has attended private school all the way up to his collegiate career at Notre Dame, so you know he was focused on sports and academics more than he was parties. Not only did he have a great football career at Notre Dame, but his talents on the baseball diamond prompted him to be drafted multiple times by MLB. Guys like Tate who could have had legitimate pro careers in different sports are rare, and he’s already getting looks as a return man and wide receiver in Seattle. He may not be an athletic freak like Calvin Johnson, but he has the ability to be sneaky good, and a career as a slot receiver/return specialist seems like a nice niche for him.

All of these guys have the potential to post solid careers in the NFL. However their true appeal is that they seem likely to stay away from the dark side of being a famous professional athlete, and these days that counts for a lot. I feel like when I collect cards, I like to own cards of guys who have the potential to have great careers, but also will not betray me and make me embarrassed to own a bunch of cards of a guy who isn’t exactly a great human being. Hopefully there will be more and more guys like these coming up in the future; sports could use a few more good guys if you ask me!