Collector of the Month: Tim Danielson

Each month Upper Deck spotlights one of its valued collectors to showcase their collection. The great thing about sports collectors is that they are all very different in what they collect, how they collect their items and what they do once they have them. I first came in regular contact with Tim Danielson when Upper Deck announced the Yankee Stadium Legacy (YSL) program in 2008. The 6,600-plus insert card set was the largest baseball card set ever produced and he set a goal to complete it. What set Danielson apart from the thousands of other collectors who wanted to put the set together was that he didn’t want to put it together for himself. 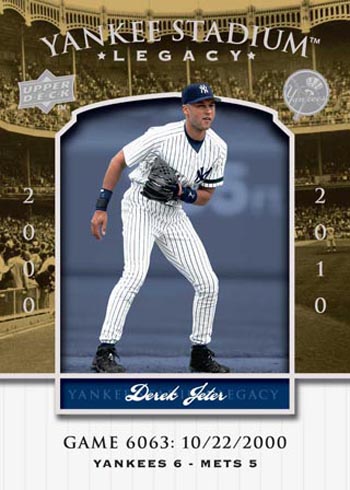 Tim has been instrumental in leading a charge to collect UD's entire Yankee Stadium Legacy set to donate to charity.

Tim’s goal was to complete the set by receiving donations of the Upper Deck YSL cards through an online trading community known as “The Bench.” For two years now Tim and members of The Bench have been working dutifully to assemble the mammoth set in the hopes of selling the completed set and donating the proceeds to “The V Foundation,” a non-profit organization dedicated to curing cancer. Tim’s passion and drive have served him well on this quest and I am very excited for the day when they get the final card to complete their mission.

Now when Tim isn’t chasing down leads for collectors who may have some extra Upper Deck YSL cards, he uses cards for another reason: to strengthen the bond with his children. Tim and his wife Jessica have a daughter (Jordan) and a son (Jayden), but he and his wife made the decision to adopt a child as well. Earlier this year they adopted a son (Gabe) from China and this is Tim’s story.

After my wife and I made the decision to adopt a child, our path led us to China and as a family we were all very excited about this great opportunity. I love that my wife and daughter have just been soaking up every bit of information on China they can. My daughter can probably teach a college level class on Chinese history based on all the time she has spent researching where her new sibling came from. For me, however, it’s a little hard to feel “connected” to China just through research. As a passionate trading card collector, I thought it might be fun to get a better understanding of China through sports cards. And wouldn’t you know it has not only been a lot of fun for me, but for the whole family.

My family really enjoys watching baseball games together, especially the Detroit Tigers. I have a large collection of trading cards and my kids have always enjoyed opening, sorting and having fun with the cards along with Dad. My son Jayden actually puts his Tigers and Brewers cards onto “teams” and has them play make-believe games. But don’t tell him they are make-believe as to him it is as real as what we see on television.

Attempting to collect cards of Chinese players seemed like a fun way for me and the kids to learn more about our new son’s birth country, but to also help him feel a connection to us through a hobby we all very much enjoy. I also felt it would be a fun way to start him along with his very own baseball card collection.

In 2006 and 2009 the World Baseball Classic (WBC) tournament brought together a great collection of superstars from around the globe. Playing for country instead of a major league team helped create a sense of National Pride for the fans who watched their teams compete to prove they were the best in the world. Upper Deck produced insert cards of players from all 16 teams in the WBC back in 2006 and these were a great place to start collecting baseball cards of Chinese-born players for Gabe. They are easy to identify with the Chinese flag on the front and they also have some interesting highlights on the card backs that talk about their history with the Chinese team. 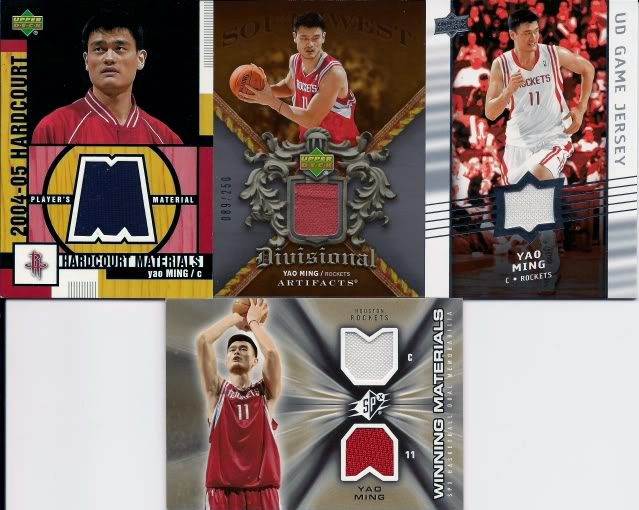 Yao has always been a great ambassador for the game. He is even helping to bring Tim's family closer together.

Just this past year four Chinese-born baseball players were signed by MLB teams and I’m sure more will join the majors soon. But it’s not just about baseball for Gabe’s collection. We’ve also started to pick up basketball cards of Yao Ming. We even have a cool event-worn swatch card of actor Jackie Chan! In addition to sharing the joys of this hobby to future generations, it is an awesome feeling to see Gabe’s face light up when he sees a card of a player from China! To us trading cards have become much more than just a pack of cardboard, rather a way to connect, relate and strengthen our family. And for that I am forever grateful. 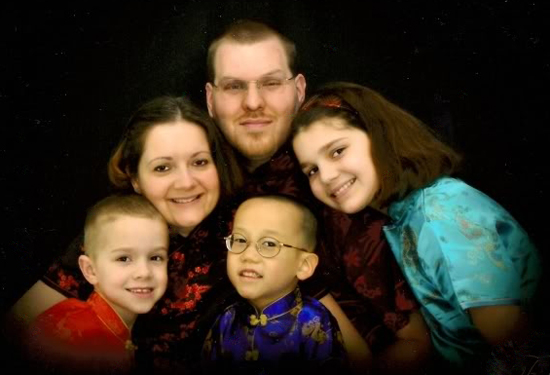 Living proof that a family that collects together, stays together.

Tim is looking to continue growing the bond with all of his kids by collecting trading cards with them. If you happen to have any cards of the Tigers, Brewers, Chinese players or those last elusive Upper Deck Yankee Stadium Legacy cards, please e-mail Tim at talliasen@charter.net as he would love to discuss trades. For more information on The Bench’s Upper Deck Yankee Stadium Legacy charity drive, please click here.


Great story about a amazing person. I have been fortuante to have called Tim a friend for severaL years as a member of The Bench. Tim is a workhorse on our site. His work on the Jimmy V charity has been unbeliveable. Tim I cant think of anyone who deserves this honor more.
Congrats my friend..


Thanks for a great read!