At Upper Deck, we’ve experienced a lot of success with producing some of the most-sought-after, high-end trading card products in the industry. When it comes to NHL trading cards, the release that every collector gets fired up about each year is The Cup. With each pack containing rare autographed memorabilia rookie cards, autograph cards of NHL stars and the opportunity to find even more unique cards, The Cup is consistently the most anticipated release of the year for Upper Deck.

This high-end product typically retails for anywhere from $325 to $425 per pack based on supply so when collectors are spending that much on a product, it is important for Upper Deck to deliver value and excitement in every pack. To do so, we package the product in a completely different way than other releases. Instead of using a mechanized process to sort and package the cards, Upper Deck uses the company’s top hockey staff to package the product by hand.

The process takes several days to complete with staff typically working over 12 hours per day. Their goal is to make sure each pack and case is sorted randomly, but also delivers superior value for collectors. The long hours and hard work pays off as the team assembles each pack knowing its loyal fan base will have a great experience when investing in a product like The Cup.

One of the best parts for the team is to get up close and personal with all the amazing cards they worked so hard to build. This week the team has been busy completing the packout for 2009-10 NHL The Cup. Check out this rare behind-the-scenes look at some of the most inspired and innovative NHL cards of the year. 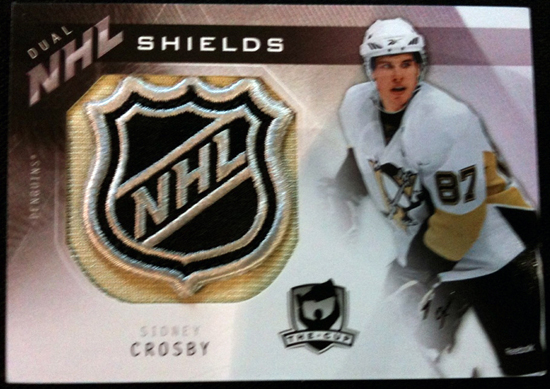 This is a very limited card where we take the NHL shield from the jersey and embed it into the trading card. And on the other side... 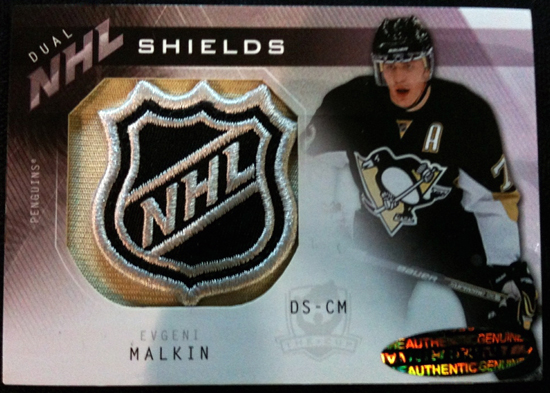 you have another NHL shield from a game-used jersey of a top star like Evgeni Malkin.

Here is a unique assortment of limited Alexander Ovechkin game-used patch autograph cards. When you put them together, you can get a feel of what it looked like before the patch was cut. 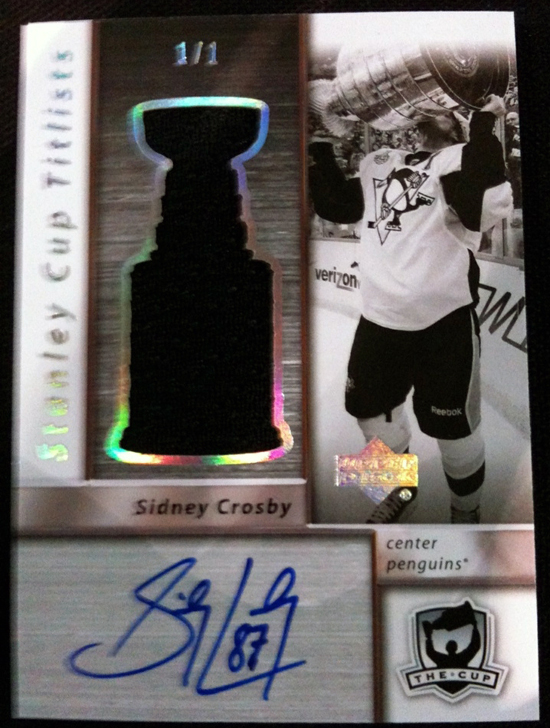 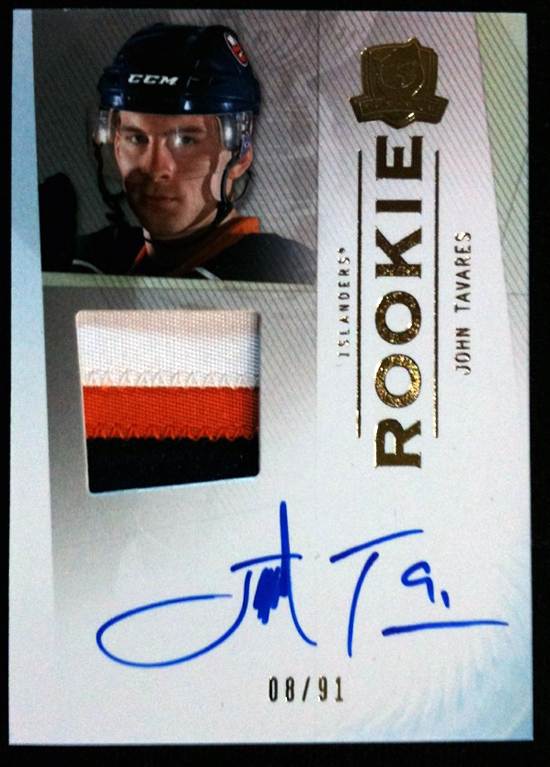 The rookies from the 2009-10 NHL rookie class are a big draw and one of the most popular is John Tavares. 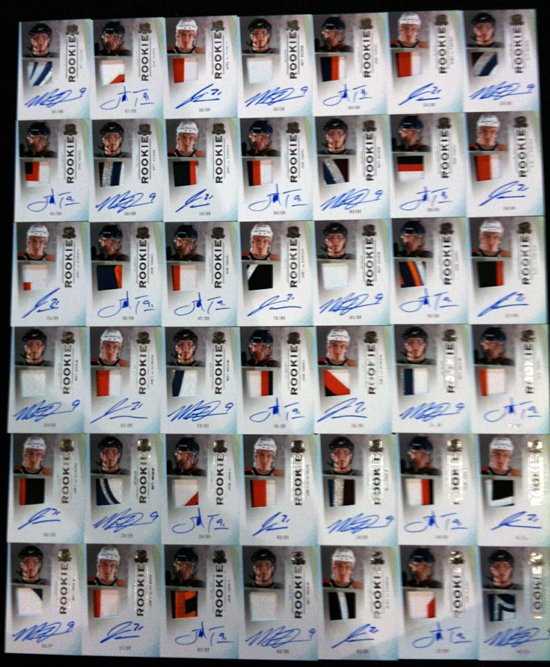 John Tavares, Matt Duchene and James van Riemsdyk are the three rookies with cards limited to just 99 copies in the base set. 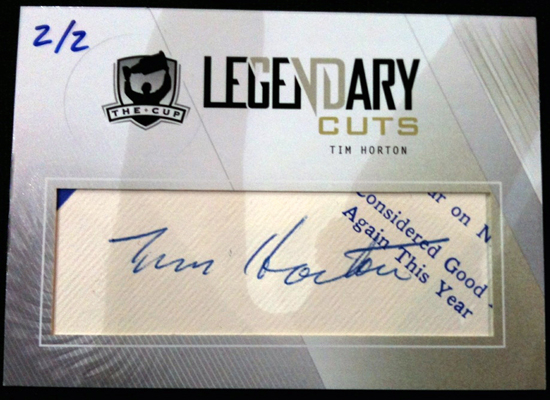 The Cup is not just about rookies. It pays homage to some of the greatest names in NHL history. 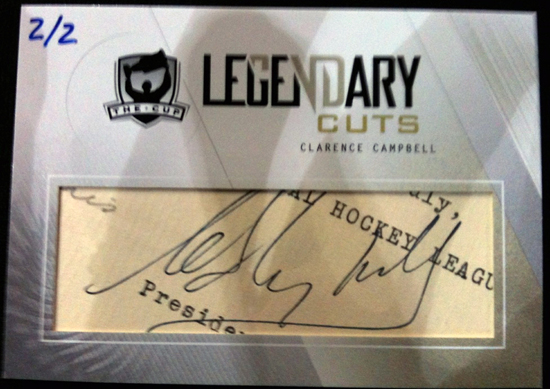 Cut autographs of deceased legends are embedded into 2009-10 NHL The Cup cards. 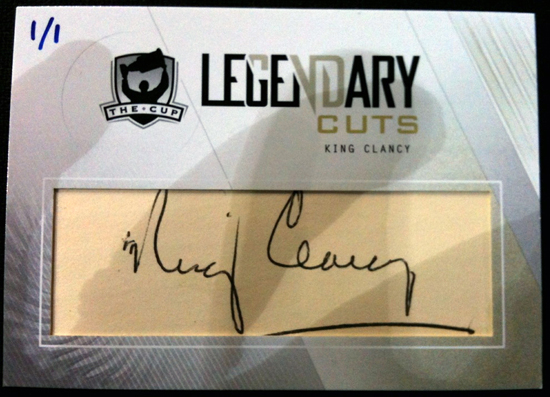 These super rare collectibles typically trade for big money in the secondary market. 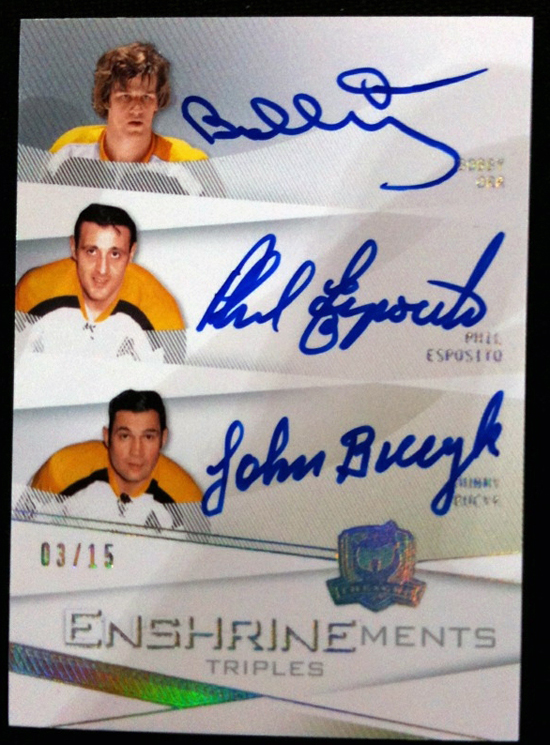 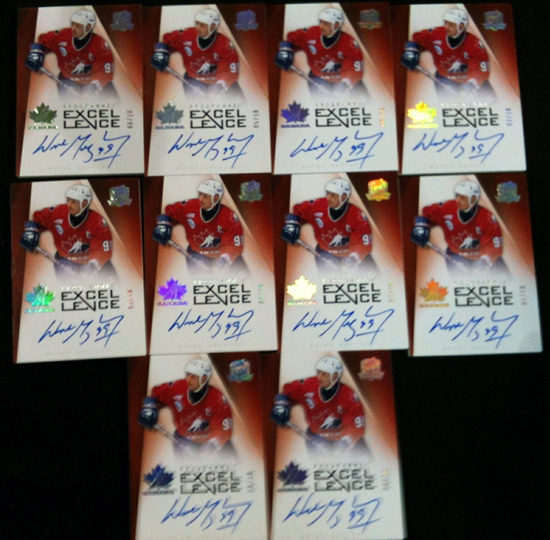 Wayne Gretzky autograph and game-used cards can only be found in Upper Deck products. 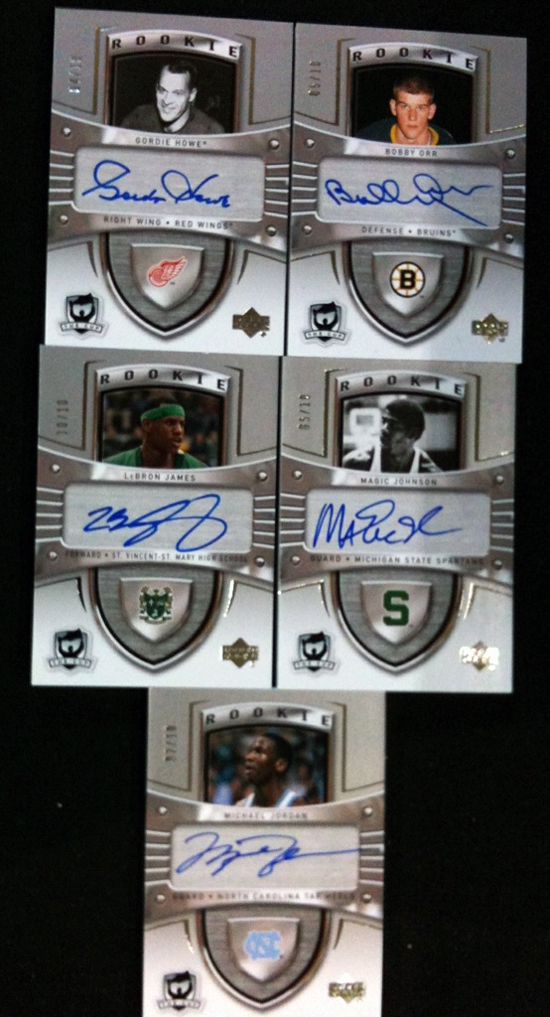 Here are signatures from a few other exclusive signers for Upper Deck like Gordie Howe, Bobby Orr, LeBron James and Michael Jordan. All who will have autograph cards in 2009-10 NHL The Cup. 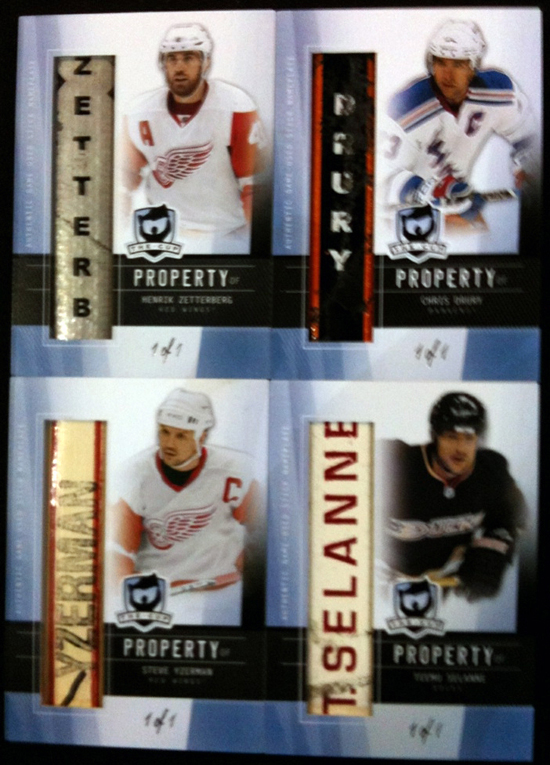 The "Property Of" cards from The Cup are very popular every year. 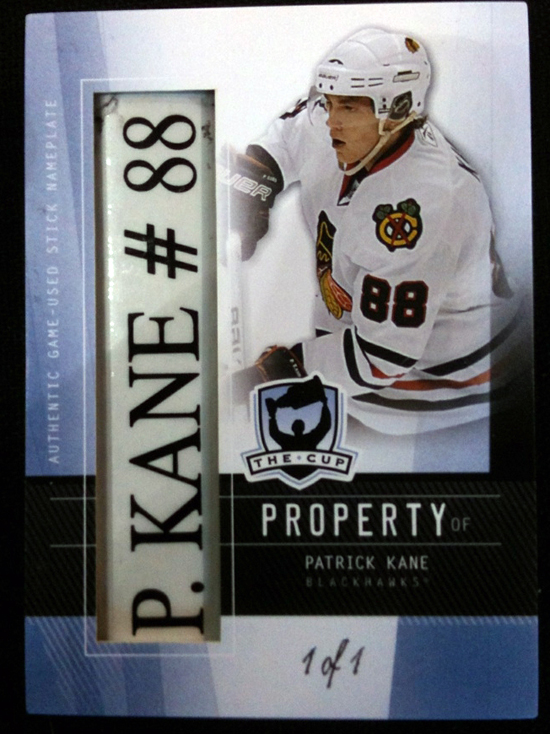 We cut off the nameplate from their game-used sticks and use it for this insert set. 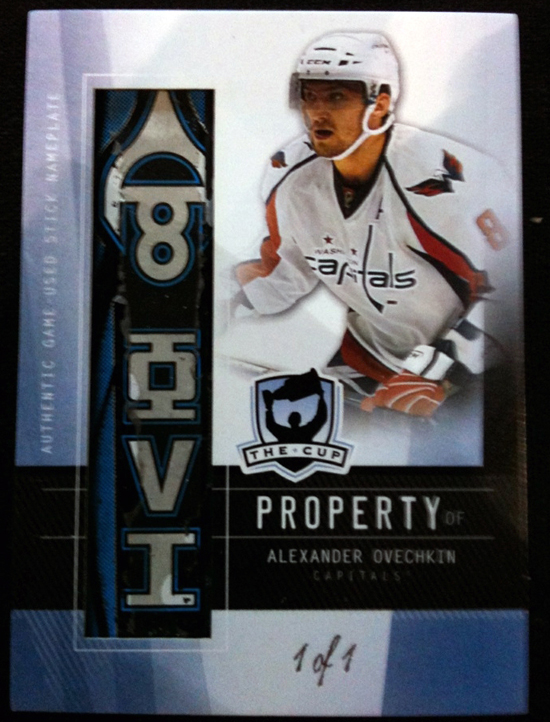 This is a great one of Ovechkin.

Here are a few more of these very unique cards. 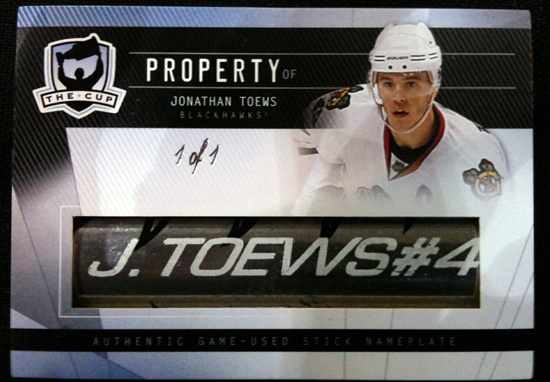 A great "Property Of" card of the new Stanley Cup champ and Olympic gold medalist. 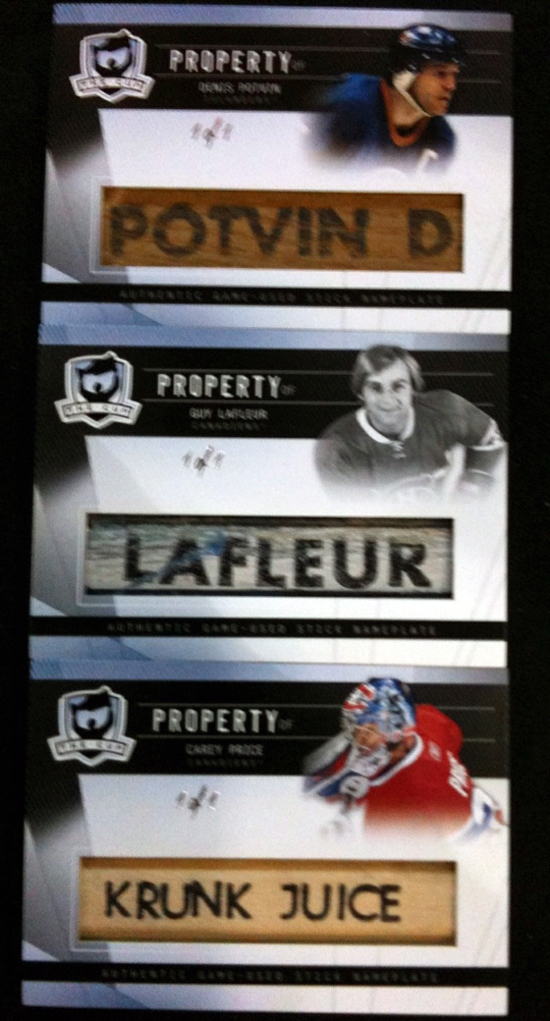 And a few more of the "Property Of" inserts. 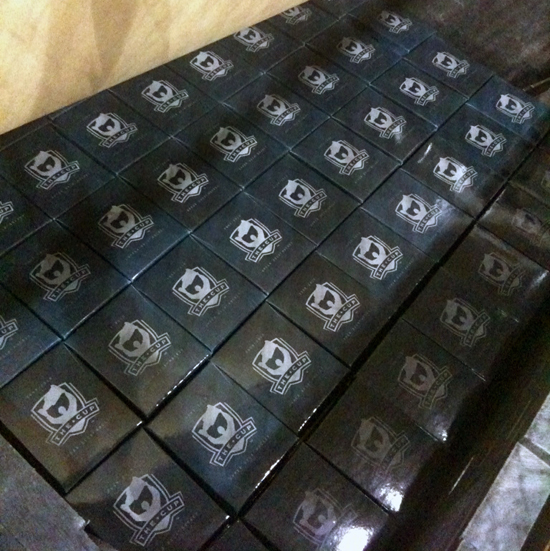 Here's a look at some of the completed packs of 2009-10 NHL The Cup. There should be a lot of smiles when these are opened starting October 1.

You won’t have to wait much longer to get your shot at opening packs of 2009-10 NHL The Cup as the product arrives in stores on October 1. Hopefully you’ll be able to add some of these choice cards to your private collection in two weeks! For a more complete gallery of the 2009-10 NHL The Cup cards, click here.