Attack of the Baseball Cards

Each month Upper Deck spotlights one of its hobby retailing partners and shares a few reasons why you need to visit their store. If you haven’t been to a card store lately and are in the New Jersey area, make sure to visit our Retailer of the Month.
Attack of the Baseball Cards

Shop owner Steve Mandy grew up in Hillside, New Jersey, the home of Yankees’ great Phil Rizzuto. When he was just five years old, he began visiting “the Scooter’s” home several times a year where Rizzuto would bring Mandy and his buddies into his trophy room to recount his playing days. There were times when Mandy and his friends would arrive so early on Saturday mornings that Rizzuto was still in bed following a late night game that he had just called as a broadcaster. On those days, Rizzuto’s wife would take the gang into the trophy room, put cartoons on the TV and feed them breakfast. After a while Phil would walk in, still in his robe and slippers, and spend some time. Steve also met other Yankee legends who would visit Rizzuto on occasion, like Yogi Berra, Mickey Mantle and even Joe DiMaggio. Those meetings lit the fire; his passion for autographs and collecting was born. 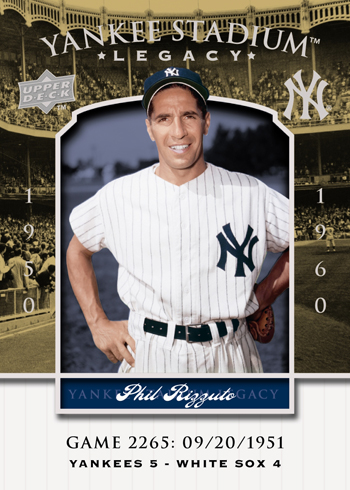 In 1982, a close friend – a Red Sox fan in fact – told Steve that she had seen a newspaper ad about an upcoming baseball card show where Ted Williams would be appearing. She asked Steve to go with her and he agreed. After taking just one step into the card show, Steve had an epiphany that this was what he wanted to do as a job. Two months later, with Joe DiMaggio as the scheduled guest signer, Steve rented a table at his first card show and displayed some of his cherished autographs. 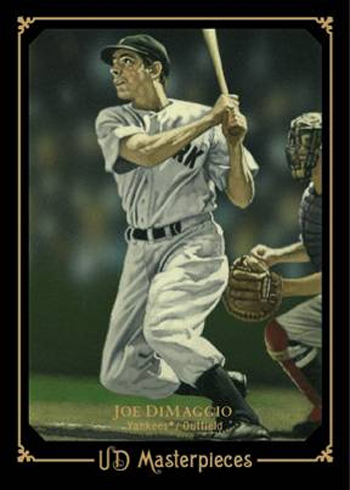 Joe DiMaggio also had a profound impact on getting Steve Mandy into the business.

Through the years he expanded to cards, new and vintage, memorabilia and more. He promoted shows in the late ‘80s and was a partner in his first store during that same time period. In 1994 he retired from his longtime occupation as a publication artist and art director, to become a store owner full time.

Steve still has many of his most cherished autographs from Rizzuto, a signed “Mr. Coffee” coffee pot from DiMaggio, and even the original program from Mickey Mantle’s funeral in 1995. Steve loves being a part of the trading card industry and tries to pass his passion on to everyone who walks into his store, Attack of the Baseball Cards. 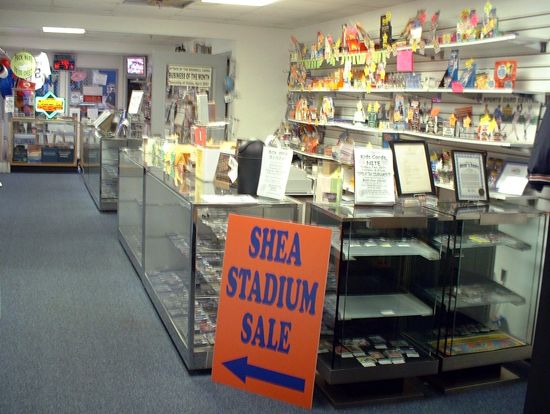 Plenty to see at Attack of the Baseball Cards, make a point to stop by!

“A lot of people ask me why I named the store Attack of the Baseball Cards,” said Mandy. “While spending an evening with friends, my task for everyone was to come up with a trade name that would start with an ‘A’ so I would be listed first in the phone book. We blew out names for almost an hour before getting tired and moving on to watch television. Well a PBS channel happened to be on with the cult film ‘Attack of the Killer Tomatoes.’ Someone said that we should call the store ‘Attack of the Baseball Cards’ where you can have giant baseball cards chasing people down the block. Everyone laughed except me and I took that idea to the bank. In fact my first ads showed me covered with baseball cards with only my face and hands sticking out. Needless to say, the name stuck and no one ever forgets it.” 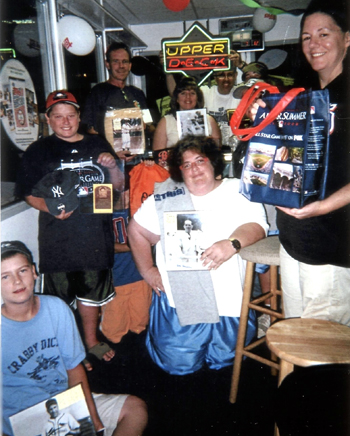 Upper Deck has run several promotions in conjunction with Attack of the Baseball Cards.

Mandy brings more than 28 years of hobby experience to help customers with their every need. Listed in “Who’s Who In America” Mandy has been a guest speaker at schools, hobby conventions and seminars throughout the country. He’s also done appraisals of private collections and estates for tax purposes and insurance companies and law enforcement agencies. In 1999 and again in October 2004, Mandy was honored by the Township of Union (NJ) with the Mayors Award for contributions to the community and children in the area. In April 2007 the Township of Union (NJ) once again honored Attack of the Baseball Cards. 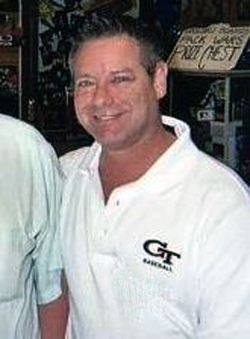 One of the good guys, Steve Mandy constantly works in the best interest of his customers. 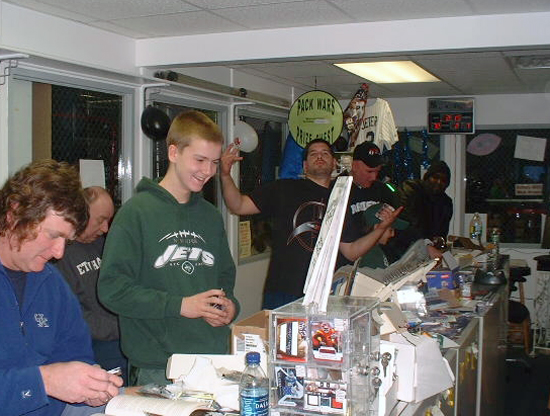 People always have fun opening new cards at Attack of the Baseball Cards, stop by!