The Curious Case of Ilya Kovalchuk

The NHL and the NHLPA are at it again. This time over the validity of the monster, 17-year contract the New Jersey Devils and Ilya Kovalchuk agreed to on July 19, 2010. The league, weary of teams trying to circumvent the annual salary cap, has deemed that this contract goes too far. Kovalchuk is scheduled to make $95 million of the $102 million of the contract over the first 10 years of the agreement and only $7 million (yes I said only…) during the last seven years, which would have him playing until the ripe old age of 44 (must be on the same off-season training program as Chris Chelios). 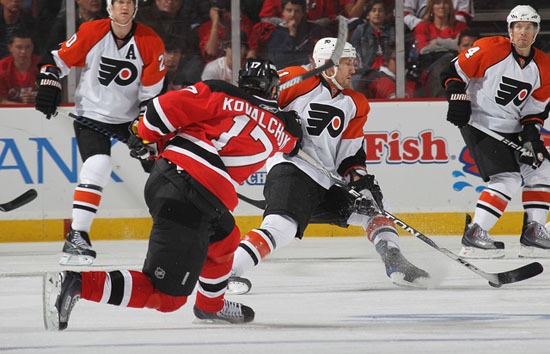 NICE SLAPPER: The Devils are trying to lock down Kovalchuk for the remainder of his career.

Richard Bloch, a 67-year-old New Jersey native who is said to have served as an arbitrator and mediator in cases involving the NHL, MLB and the NFL, will rule on the Kovalchuk hearing.  A final decision is expected to be reached Monday after hearing arguments from both sides this past week. Here’s hoping the New Jersey native can leave any hometown bias out of the equation. Taking a quick look at what Bloch must decide on is if the agreement was signed in good faith as well as if it indeed does circumvent the National Hockey League’s Collective Bargaining Agreement (CBA).

The current NHL CBA explains circumvention as the following in section 26.3:

(a) No Club or Club Actor, directly or indirectly, may: (i) enter into any agreements, promises, undertakings, representations, commitments, inducements, assurances of intent, or understandings of any kind, whether express, implied, oral or written, including without limitation, any SPC, Qualifying Offer, Offer Sheet or other transaction, or (ii) take or fail to take any action whatsoever, if either (i) or (ii) is intended to or has the effect of defeating or Circumventing the provisions of this Agreement or the intention of the parties as reflected by the provisions of this Agreement, including without limitation, provisions with respect to the financial and other reporting obligations of the Clubs and the League, Team Payroll Range, Player Compensation Cost Redistribution System, the Entry Level System and/or Free Agency.

This is not the first time that the NHL offices have looked into long-term, front-end-loaded contracts. The contracts involving Marian Hossa’s 12-year deal and Chris Pronger’s seven-year deal are among the most notable. The problem being that it becomes very difficult to prove if they were or were not negotiated in good faith. That is where things get a bit dicey. It seems as though the NHL head offices have decided to take this stand against this type of contract to protect the owners from themselves. These types of contracts have become increasingly prevalent over the past couple of years as teams try and work the salary cap to their benefit.

Another caveat is this: the current CBA states that a player who signs a contract before the age of 35 can retire and have his contract come off a team’s salary cap. However, teams must negotiate the contract in question in a good faith effort to have the player remain in the league for the duration of his contract. This is where it becomes difficult for the league office to determine what is and is not negotiated in good faith. To Kovalchuk’s credit, the former No. 1 overall pick in 2001 has said all along with conviction that playing to the age of 44 is “not a big deal.” Making a long story short however, if Kovalchuk decides to retire at any point during the contract, it will come off of the New Jersey payroll and not count against the cap. 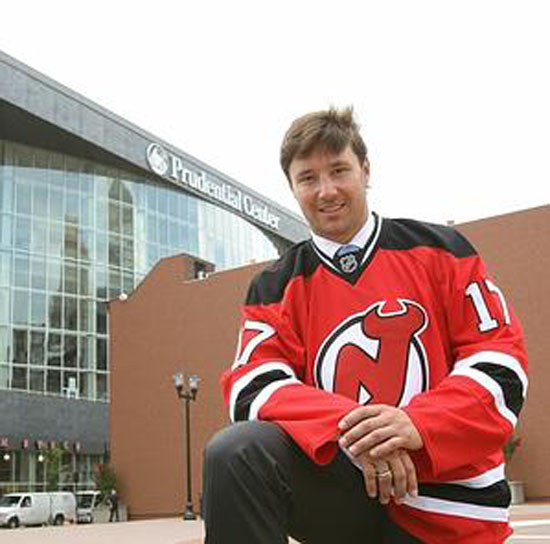 PRIME TICKET: Kovalchuk was selected as the NHL's top overall draft pick back in 2001.

When Bloch does come to his decision, it essentially comes down to one of two results: either the rejection is not valid and so the contract will be accepted as-is (Kovalchuk is a New Jersey Devil under contract for the next 17 years at an annual hit of $6 million); or the NHL’s rejection is valid, meaning the contract will be voided and Kovalchuk goes back to being an unrestricted free agent. That’s it.

As a final quick aside, I believe the Devils and their genius GM will have to move some contracts if they are to stay under the salary cap for 2010-11. It should be a fun (and important) few days for the league, the PA, and certainly the fans of the New Jersey Devils.


It is so blatantly obvious what the Devils were doing, how could they possibly think that the NHL would let it happen ? Now they are looking at other contracts as well. What a disaster this salary cap thing is. Has it really made a difference ? Well I guess for the Black Hawks because they won their Cup and then had to dump players who got them there. Thanks but no thanks.