It Never Hurts To Ask

Playing on the theme that it never hurts to ask, Upper Deck is inviting hockey fans to ask the 2010-11 NHL Rookie Class a question through the company’s official Facebook page. Proving that it never hurts to ask, the company will also be giving away some new Upper Deck Hockey product to select fans who contribute questions. Click here to ask your question.

So how is Upper Deck going to get star rookies like Taylor Hall (Edmonton Oilers), Tyler Seguin (Boston Bruins), Kyle Beach (Chicago Blackhawks), Brayden Schenn (Los Angeles Kings), Nazem Kadri (Toronto Maple Leafs) and all the other top rookies from the upcoming season in one place to ask them these questions? It’s simple; the company will be attending the 2010 NHLPA Rookie Showcase and Photo Shoot in Toronto next weekend. 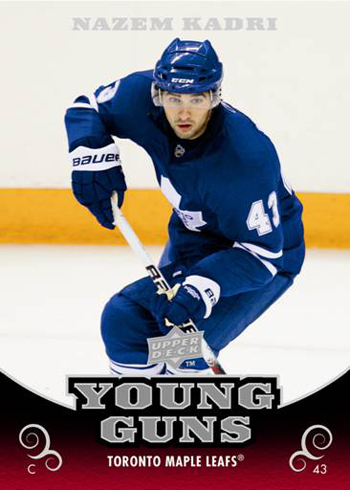 At the event, Upper Deck will capture images of these hot young guns for use in its new trading card sets like 2010-11 NHL Upper Deck Series One, which will arrive on stores shelves in November. Upper Deck will also collect some video of these young stars by putting them through “Rookie Boot Camp” to get them ready for playing in the NHL, but mostly to help fans get to know them better. Check out one of the videos from last year’s event.

Upper Deck will also be gathering some pertinent information about the players to use for their biographies on the back of 2010-11 NHL Upper Deck trading cards. We make trading cards for the fans, so why not ask the fans what they want to know about these up-and-coming players? So through the use of social media, Upper Deck is doing just that and fans seem to love it. We had more than 30 questions posted within the first 30 minutes of sharing this promotion on Facebook so it’s abundantly clear hockey fans are excited about the 2010-11 NHL Rookie Class. 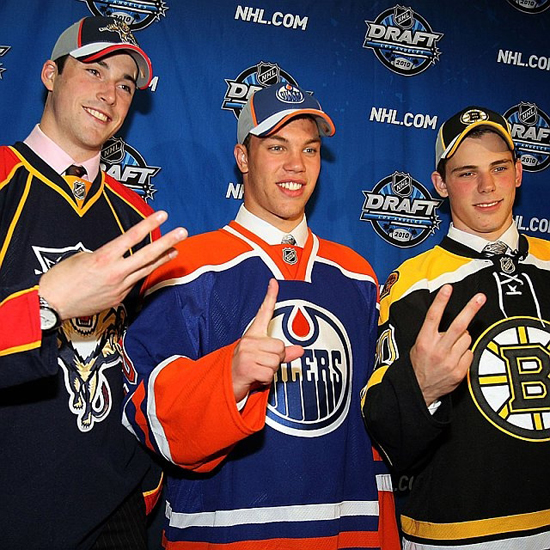 Taylor Hall (drafted #1), Tyler Seguin (drafted #2) and Erik Gudbranson (drafted #3) are the next generation of super stars in the NHL and fans can ask them questions through Upper Deck's Facebook page.

Thanks to everyone who took the time to post questions and look for updates from the 2010 NHLPA Rookie Showcase and Photo Shoot right here on the Upper Deck Blog, on our official Twitter page and on our official Facebook page next week!

Upper Deck Young Guns Rookie cards are VERY popular. Who will be the next great rookie from this class?