Each month Upper Deck spotlights one of its hobby retailing partners and shares some of the reasons why you should visit their shop. I can’t put my finger on the first time I met Mark and Donna Rubin. It is not whether or not they are worthy of remembrance (they are), but rather the fact that I’ve been working with them for so long, I’m just very used to them always being there. And thank goodness they have been. You will be hard pressed to find two individuals more committed to helping their customers, running fun events in their store and serving as an inspiration to many other shops. I’m excited they can share a little bit about what makes their shop so special. 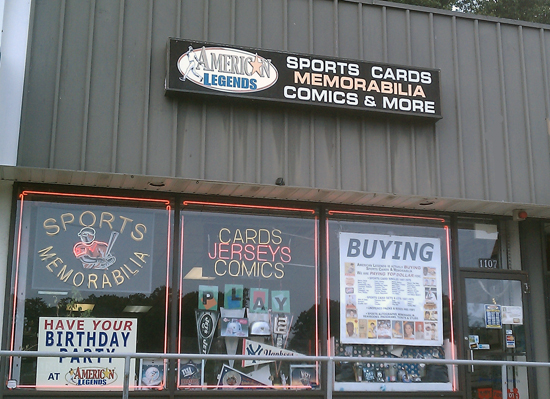 “Our store offers everything for the collector including single cards from the early 1900s to the present as well as sealed card boxes of the latest releases as well as older issues, complete sets and packs; a huge selection of sports signed items from past and present icons; team fan collectibles, comics and comic and card supplies. We are actively purchasing vintage sports cards pre-1970 and before.

“Mark has been in the card business for more than 30 years and boasts expert knowledge of all things trading cards. His most recent purchases include two rare 1941 Play Ball 24-card uncut sheets comprising two thirds of the complete set including Joe DiMaggio, Bill Dickey and the rookie card of Pee Wee Reese and amazing run of complete pre-war hockey sets including the 1912 C57, 1933 OPC Series A, V252 Canadian Gum and V357 Ice Kings Sets. 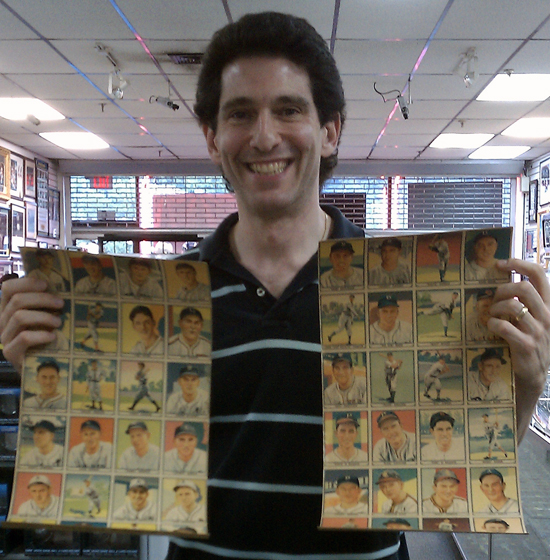 Mark showing off an exciting purchase.

“Over the years we have hosted numerous athletes for public signings including baseball Hall-of-Famers Tom Seaver, Johnny Bench, Jim Palmer, Duke Snider and Pete Rose; basketball’s Walt Frazier, Joakim Noah and Rudy Gay; hockey’s Adam Graves, Alexei Kovalev and Eddie Giacomin; New York Jets star cornerback Darrelle Revis and rookie running back Shonn Greene, New York Giants Super Bowl Champion Aaron Ross and many, many more. Some of our signings have been to raise money for various charities and people in need because we feel it is important to give back to the community that has given us so much. 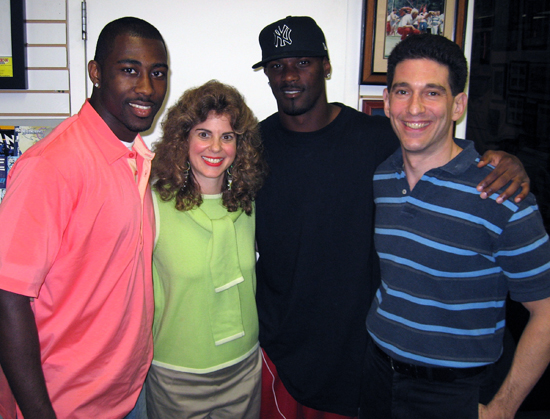 You never know who is going to be stopping by American Legends!

“We also hold case rips every month featuring cards from all of the major sports. These events see many of the same loyal customers and many of them have gotten to know each other, which makes for a real fun-filled atmosphere. We have also hosted appearances by Jim Spence Authentication (JSA), conduct children’s birthday parties featuring the pack attack game and are always looking for new promotions to excite our customers. 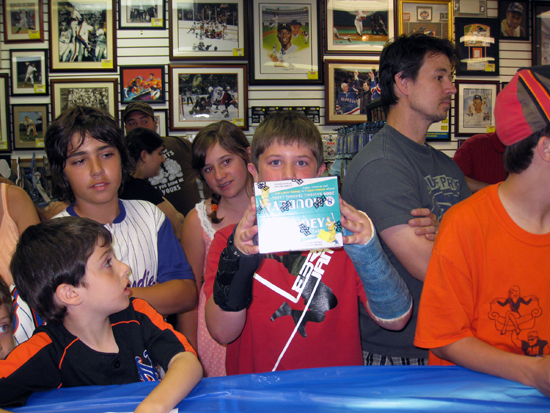 An excited young man shows off his Upper Deck Goudey box at the shop. Hopefully he didn't hurt his arms opening packs... 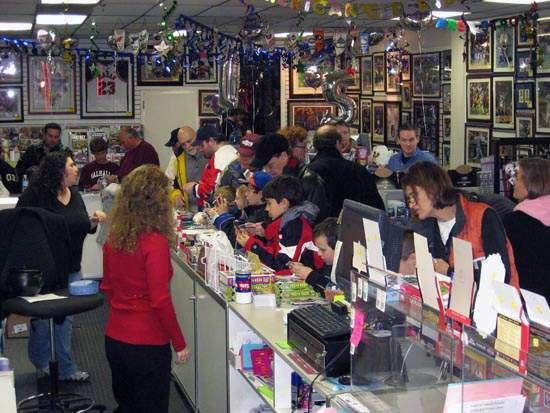 There is always something happening at American Legends. Be a part of it and stop by today!

So, if you’re in the NY area and haven’t yet found us, we invite you to visit us any time. If you plan to make a trip to NY in the future, definitely look us up. You’ll be glad you did!”


What a great store! Mark and Donna are such great people too! Congratulations you guys!