The annual ESPY Awards have almost become the Academy Awards for sports. Like most sports fanatics, I tuned in last night to watch the greatness that transpired over the last calendar year. It was a very entertaining show with moments of comedy, amazement, sadness and inspiration which is basically everything we look to sports for. One of the things that made me happiest while watching the presentation was seeing a man receive the attention and appreciation he deserves for always trying to do things the right way. The athlete I’m referring to is Drew Brees.

I remember watching Drew Brees playing for Purdue at a USC game when he was younger. He was awesome back then, which is why he was a two-time Heisman Trophy finalist. At the time, I never realized he would become the player he is today or that several years later our paths would cross and Drew would bail me out of a serious jam. 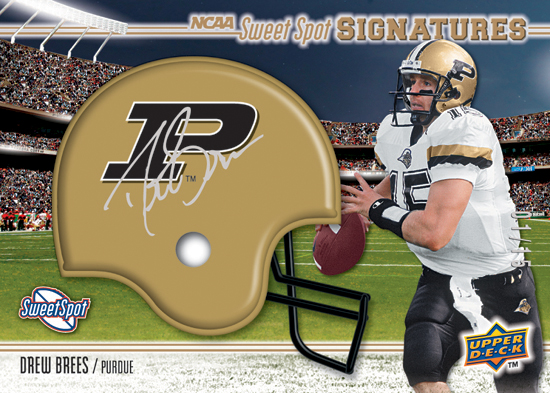 The 2010 Upper Deck Sweet Spot Signature Drew Brees cards will be in packs in late August.

It was 2007 and I was hosting an event for Upper Deck where we brought in around 70-80 of the top collectors in the world to say thank you to them for their support. We had a tour planned of the corporate headquarters, presentations set up to go through new products, a trip to Petco Park to take in a Padre game and the big event was a meet and greet with a famous athlete. I found out only a few hours before this special meet and greet that everyone was looking forward to, the athlete we had booked was not going to make it.

That’s a pretty stressful situation as I knew I had a lot of great customers counting on us to provide them with a very special experience. Our Legal team immediately went to work to find a replacement and luckily in planning for this event we had the perfect person already in mind. Drew Brees was playing for the Saints then, but he was still living in San Diego during the summer. He agreed to do the event, but I was still worried because in my experience, most athletes can be a little stuffy or quiet at events like this where they are around so many passionate fans. Within five minutes of Drew’s arrival, all of my fears had been quelled as I immediately became aware that not only was Drew Brees a special athlete, but he was a special man as well. He sat and shared with everyone in attendance as if they were lifelong friends that he invited over to dinner moving from table to table and posing with each member for a picture he later signed. Drew was able to provide those customers with a truly memorable experience, so much so that many began collecting his cards and memorabilia immediately after that night. 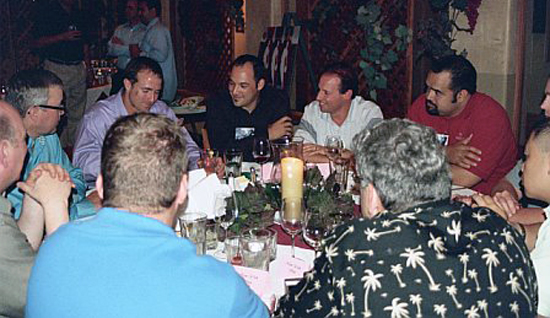 Drew Brees sat with Upper Deck collectors, answered their questions and shared with them his dream of winning the Super Bowl. 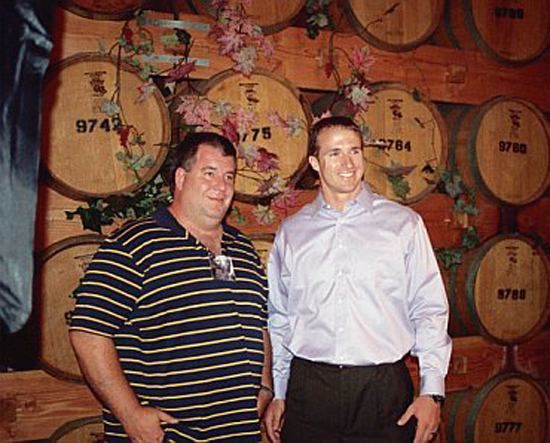 Later in the evening Drew took time to pose for pictures with each of the customers and then later lent his signature them.

What makes this even cooler is that Drew had plans to have dinner with his family that night. So what did he do? He brought them. They ate right outside the ball room while he met with the group. He met up with them right after. He knew we were in a bind and came through for us.

When I had my experience in meeting Drew, he had already accomplished so much as a quarterback having won the NFL Comeback Player of the Year award and twice having been named to the Pro-Bowl. It’s inspiring to see how much more he’s been able to accomplish since then.

Drew and his team had a memorable season this year that helped to heal a lot of wounds for the city of New Orleans and the “Who Dat Nation.” They certainly racked up plenty of awards last night at the ESPY’s. When the award for the Best Male Athlete of the Year came up, I smiled that Drew was included in the category, but surely he couldn’t beat the likes of Kobe Bryant, Albert Pujols and LeBron James. And then I thought, “Why can’t he? Just because someone is a ‘nice guy’ that doesn’t mean they can’t win an award like this.” That little voice inside me was right. 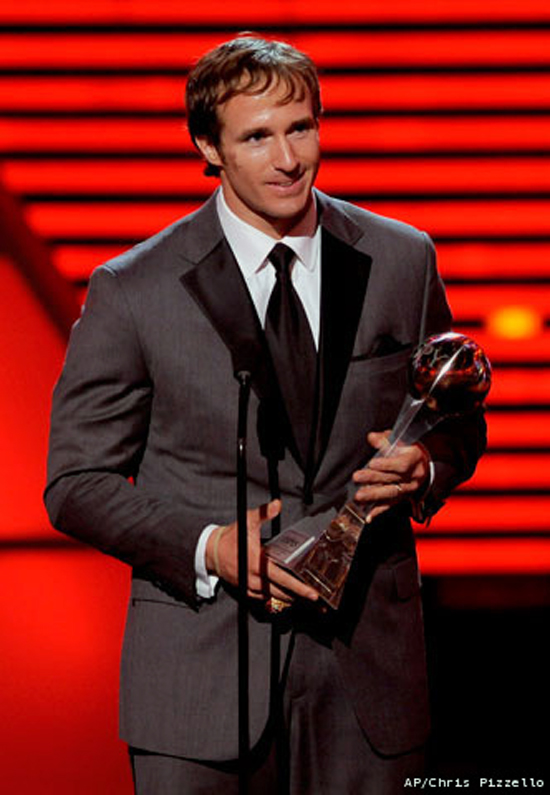 All class, Drew Brees accepts the ESPY Award for Best Male Athlete of the Year.

Drew accepted the award with an honest and humble speech giving thanks to everyone but himself. I couldn’t help but smile. If you ever get the chance to meet Drew, you will be a luckier person for it. He’s one of the good ones and he’ll give you hope that nice guys don’t always finish last.


I hope I get a chance to meet him before my time in Louisiana is up.