On Independence Day, Remember Those Serving in Harm’s Way

One of our country’s Founding Fathers, John Adams, believed that today, July 2nd, would be considered this nation’s Independence Day. Adams once wrote to his wife Abigail: “On July 2, 1776 the Association known as United Colonies of America officially became the United States of America.”

Adams went on to write, “I am apt to believe that it will be celebrated, by succeeding generations, as the great anniversary festival. It ought to be commemorated, as the Day of Deliverance by solemn acts of devotion to God Almighty. It ought to be solemnized with pomp and parade, with shows, games, sports, guns, bells, bonfires and illuminations from one end of this continent to the other from this time forward forever more.” 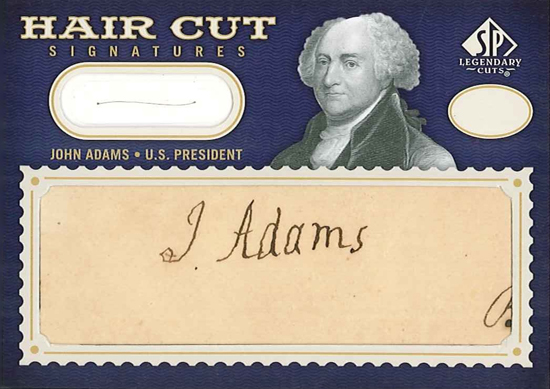 It sounds like John Adams really knew how to celebrate. What he failed to realize however is that there would be a brief debate over language in the Declaration of independence and that it would take some time to have it written up on parchment so that it could be signed by the Founding Fathers. Thus it is July 4 that the Declaration of Independence was signed, but it was today that the blueprint for this country’s future was agreed upon.

So much has come since the days of John Adams. Despite decades of peace and prosperity, our country continues to battle in foreign wars. Brave young men and women continue to serve this great nation at home and abroad. You may question whether we should be involved in these conflicts in far away places, but you certainly cannot question the courage of our troops. Far too often their sacrifices go unnoticed, especially for those serving on foreign soil so far away from those they love. How lonely and worrisome must their nights be wondering if all is well back home and if they will make it back safely to those they love. 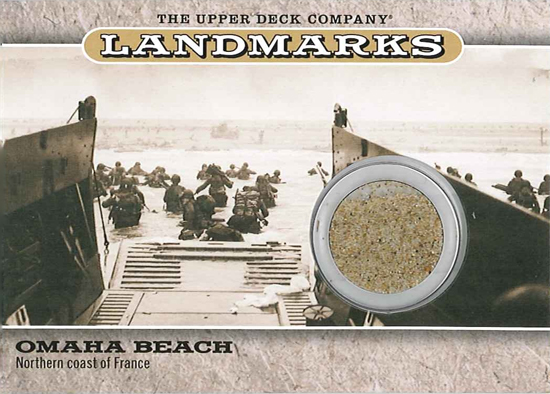 What if you could give those brave men and women a little piece of home? What if you could help take their mind away from all those worries for just a bit? Wouldn’t it be nice to just say thank you for their service?

For the last several months, Upper Deck has been working with Operation Gratitude, a non-profit organization that sends 100,000-plus “care packages” annually to U.S. service members deployed in hostile regions around the world. Upper Deck is asking collectors to donate sealed packs of trading cards to Operation Gratitude that will be included in these care packages. Believe it or not, trading cards really help bring a little piece of home to those serving abroad as it helps them reconnect with their favorite sports. Just read this soldier’s story if you don’t believe me.

To donate you can either visit a participating donation center or send the packs directly to Operation Gratitude at the address listed below:

In the coming weeks we will be doing more to help promote Upper Deck’s Million Pack March for the Troops by sharing a special set we produced for the National Sports Collectors Convention in Baltimore this August. Many of your favorite athletes served honorably in different branches of the United States Military. And some in the set, like LeBron James, are just plain patriotic. Check out a couple sneak peeks of some of the cards we put together featuring them. 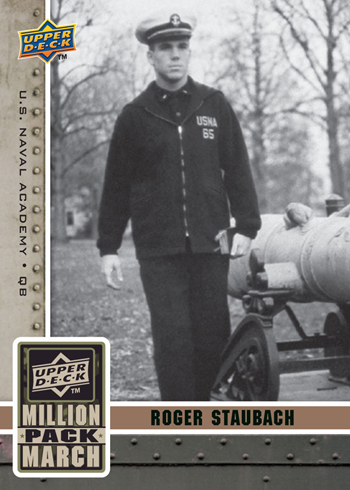 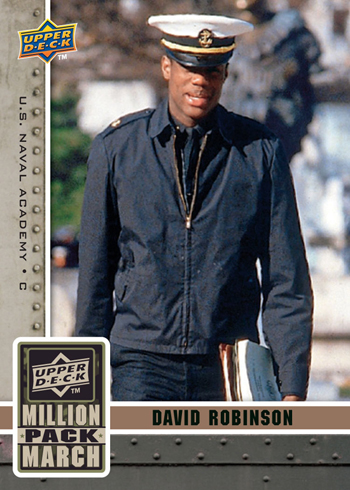 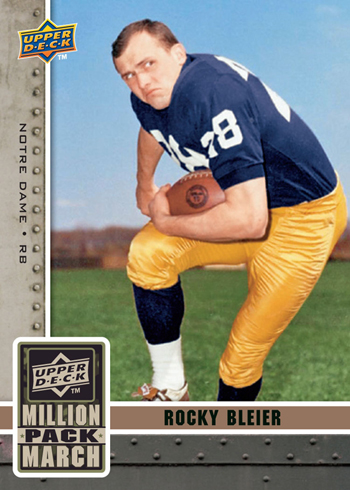 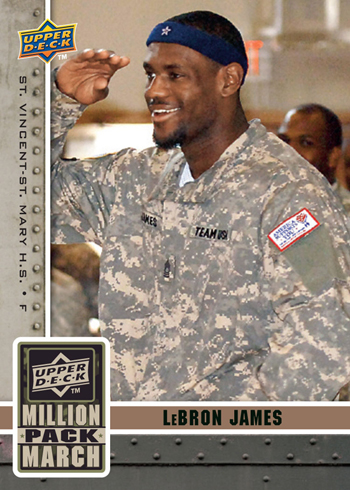 To incentivize our fans to donate to this worthy cause over the Independence Day weekend, we will be giving away FIVE game-used memorabilia cards of the player everyone seems to be talking about right now: LeBron James. These cards are from Upper Deck’s recent “Greats of the Game” Basketball set. 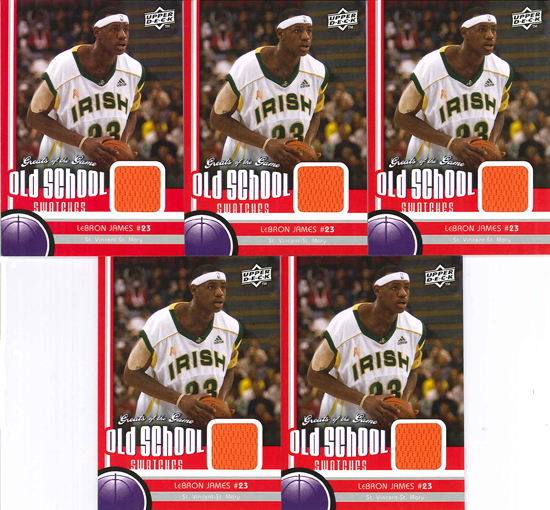 For your chance to receive one of these special cards, all you need to do is take a picture of your donation package addressed to Operation Gratitude or of you giving packs to a store owner at a donation center and post them on the Wall of our Facebook page. We will randomly select five different winners to each receive one of these cards on Tuesday, July 6 at 4:00 PM PDT. So please, donate today! For more information on Upper Deck’s Million Pack March for the Troops, please visit www.millionpackmarch.com.