LeBron James to Stay with the Team

Oh, you thought I meant Cleveland. No, I was referring to the fact that LeBron James remains an exclusive spokesman for Upper Deck trading cards and Upper Deck Authenticated (UDA) memorabilia. We have enjoyed a tremendous relationship with King James since 2003 and that will continue with Upper Deck being the one place where collectors can get authentic, signed trading cards and memorabilia of the league’s reigning Most Valuable Player.

Tomorrow night (6 p.m., PT) LeBron will take center stage in an hour-long special on ESPN called “The Decision” where he will announce which team he will be playing for going forward. Additionally, King James has a new website he will be launching at the same time and is embracing social media by starting his own Twitter account. In just three days and four tweets, LeBron has more than 300,000 followers which is a testament to just how galvanizing this superstar is.

Are we, as a company, going to share our thoughts about where LeBron will be playing next season? Mums the word there. Are we going to share what specific plans we have in store for future items surrounding King James will be? Not quite, but they will be big! What I do want to share however is what I’ve personally seen of LeBron in my time with Upper Deck.

Working with Upper Deck has its benefits. I can remember the first time I met LeBron James at a meet-and-greet session we set up in Las Vegas in 2006 for our top-tier group of collectors known as Upper Deck’s Diamond Club. When LeBron showed up, those in attendance wore ear-to-ear smiles but not everyone noticed that he actually showed up with his good friend Chris Paul. 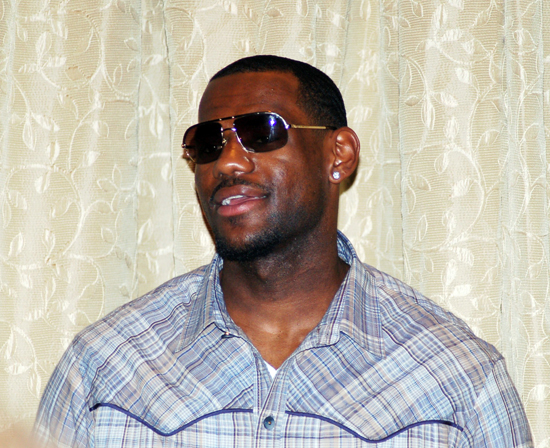 One of the Diamond Club members traveled all the way from Japan for the chance to meet LeBron. His question simple: “LeBron, do you like Japan?”

King James talked for a bit about a visit he had to Japan and how much he enjoyed it. Then after getting a photo with LeBron (that LBJ signed later), I remember this customer was literally on Cloud 9. Not only did he get to meet one of his heroes, but he got affirmation that LeBron really liked Japan. The expense and hassles that fan went through to be there that night were immediately justified after feeling like he was a member of the King’s Court. 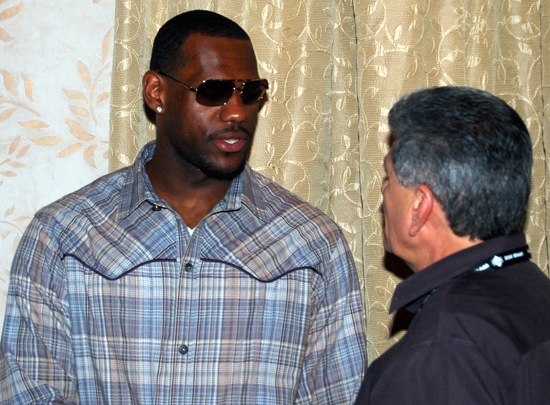 LeBron took time to meet each of Upper Deck's Diamond Club members, take pictures with them and then sign those pictures.

It was not until two years later in 2008 that I saw LeBron again. He came out in September to teach a kids clinic at our Carlsbad, California headquarters. I remember one of my jobs was helping LeBron get his portable microphones on and I just kept thinking, “Man, has he grown over the last two years.”

As imposing a force as LeBron may seem, he has a really down-to-earth personality and was absolutely fantastic with the kids. It was great to see him interacting with his younger fans at this event as he spent time teaching them some fundamentals. They played an abbreviated version of H-O-R-S-E called L-B-J and although the kids couldn’t quite do everything like LeBron, they had the time of their lives. 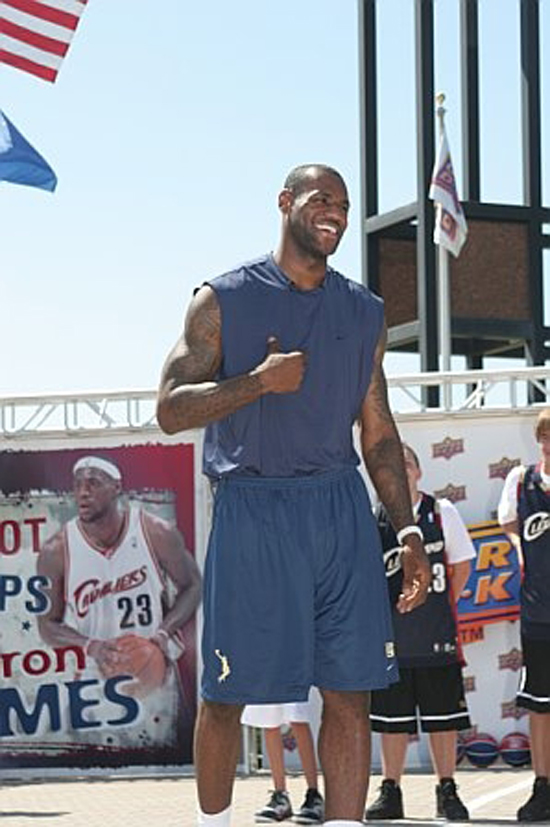 LeBron made sure all the kids had a great time at the clinic Upper Deck hosted in 2008.

There was one young man we had in attendance through our partnership with the Make-A-Wish Foundation. His name was Shermarcus Meriweather from Memphis, Tennessee and he was just the cutest kid in the world. Only eight years old, he was much smaller than many of the other kids who participated. LeBron took to him right away and one of the best moments of the day without a doubt was when LeBron helped him “slam dunk” in front of the crowd which erupted into applause on seeing the memorable basket. It was a day that was likely the greatest day of that young man’s life as he got to see what it was like to fly just like LeBron James. 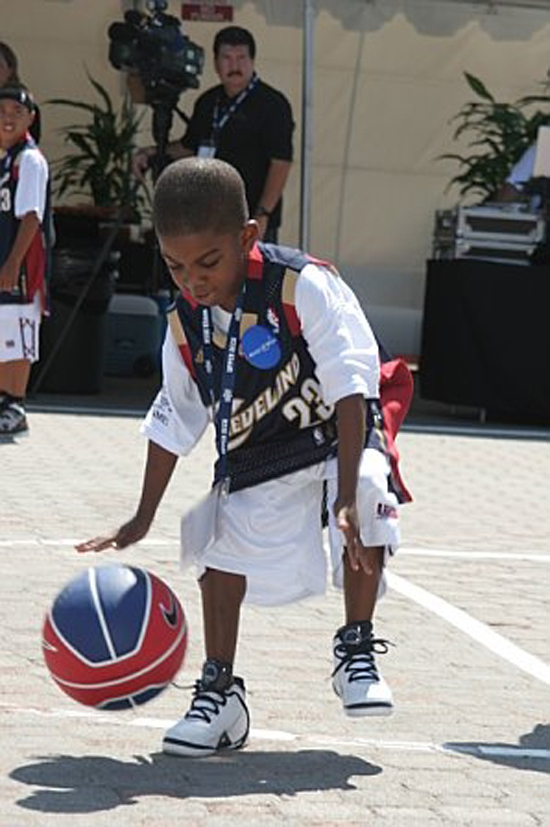 Shermarcus Meriweather, a Make-A-Wish kid, shows off his moves at the Upper Deck LeBron James clinic. 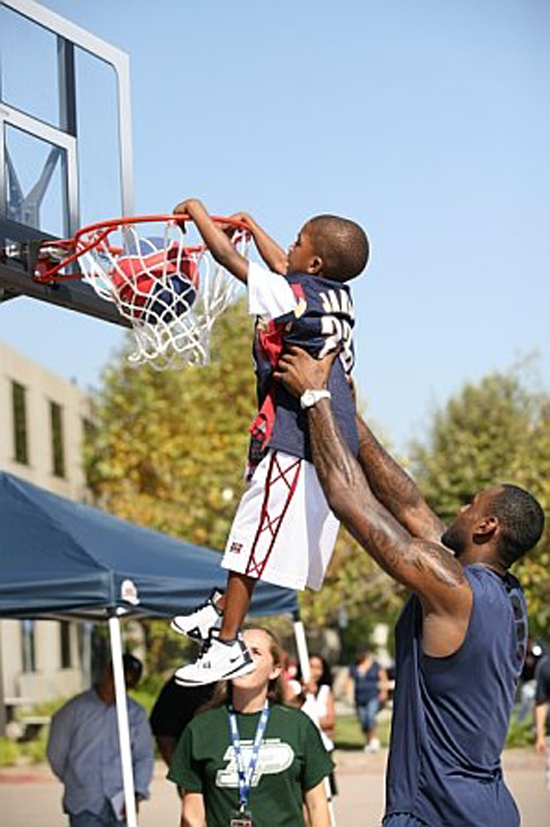 LeBron James makes a wish come true as he elevates a young boy up for his first "slam dunk!"

Those were my two interactions with LeBron and on both occasions I saw him literally make people feel like they were flying. He did it with both young and old. He delivered memories that will last a lifetime. And for whatever team that is lucky enough to land him, I’m sure he will do the same for their fans. In the meantime, I’m just excited for the next time I get to see LeBron make someone feel like they have wings. And know that Upper Deck will be there to bring fans closer to the game and closer to their heroes no matter what uniform they wear.