There are certain advantages to having exclusive relationships during the course of one’s career. And when it comes to securing authentic, unique basketball memorabilia from some of basketball’s greatest players ever (MJ, Bird, Magic, etc.), no company in the world has better connections than Upper Deck Authenticated (UDA). Since 2003, UDA has had two-time reigning league MVP LeBron James on its roster of exclusive superstars from the hard court and will soon be revealing “The King” in a whole new light.

The second “King James” made his well-publicized decision on July 8 regarding his new whereabouts starting next season, UDA’s hard-working crew was fast at work, procuring new Miami Heat-emblazoned merchandise showing LBJ sporting his new No. 6 Heat jersey in more ways than one.

Take a look at some of the soon-to-be unveiled keepsakes that UDA will be rolling out to the masses in about six weeks. Check back at the Upper Deck Online Store in a week or so for pricing and availability. 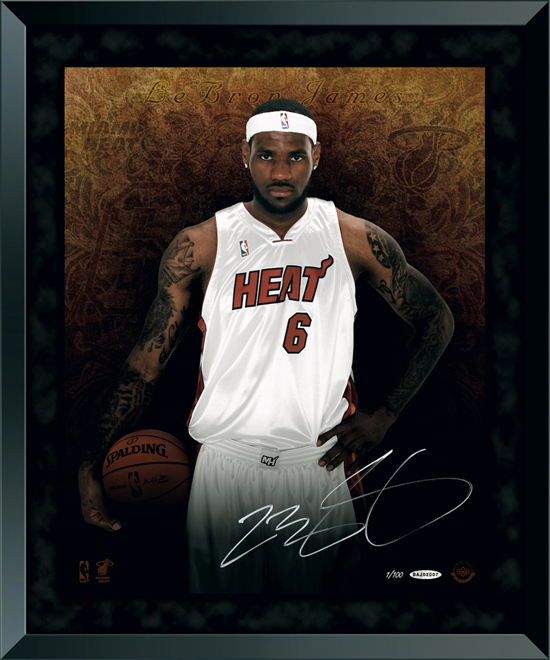 On Fire: When it comes to sizzling memorabilia of King James, UDA has the market cornered. 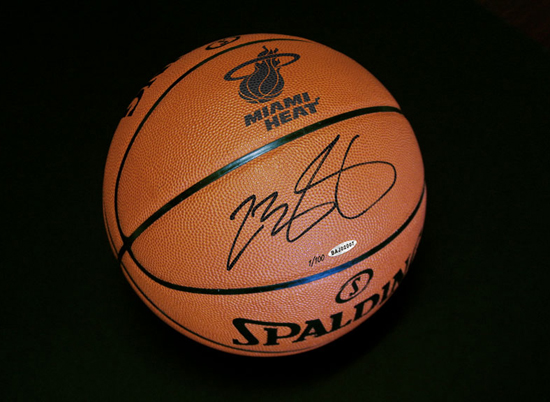 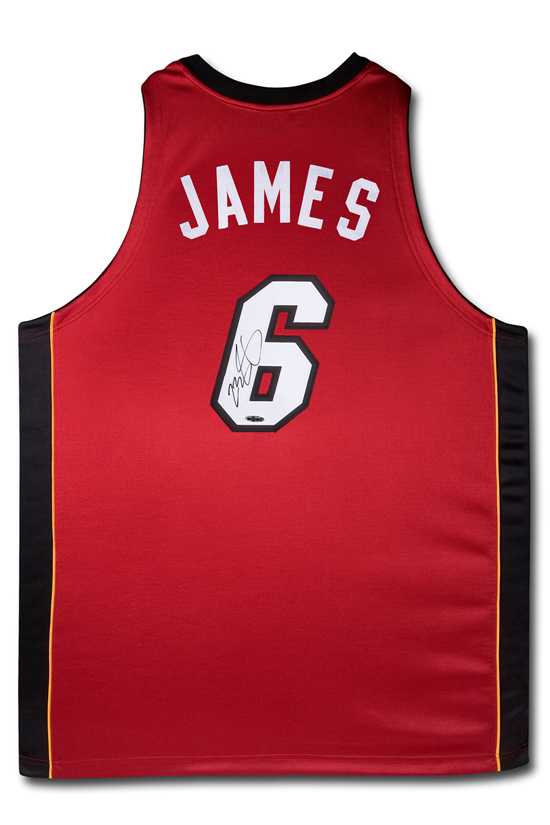 No Substitute: LBJ's signed Heat jerseys will be red-hot in the Miami market.


i will take one of each please! i wish, these are great looking pieces………nice!!!!


Looks like someone forgot what number they wear on the signed basketball!