Some of the team at Upper Deck made a trek up to Toronto this week as we prepare for the 2010-11 NHL season by meeting with some hobby shops, distributors and members of the NHL Players’ Association. We even had a little time to drop in on the NHL Hall-of-Fame which is always a lot of fun to visit in downtown Toronto. There’s plenty to see in this “Hockey Heaven” and it was awesome to check out displays on top Upper Deck exclusive signature card spokesmen like Wayne Gretzky, Gordie Howe and Bobby Orr among others. 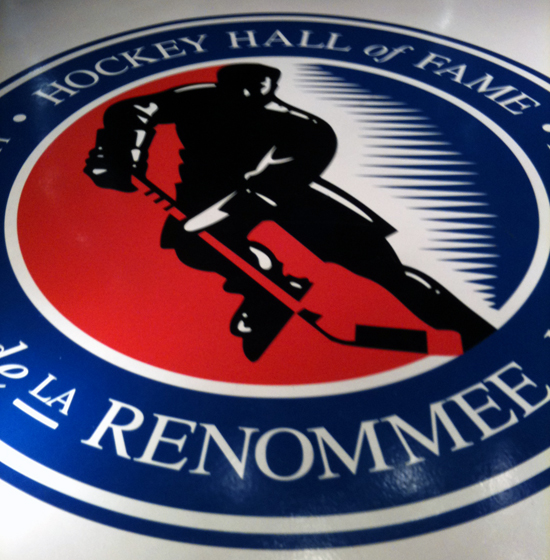 The seal at the entrance to the Hockey Hall-of-Fame sends a signal to puck lovers that they are home. 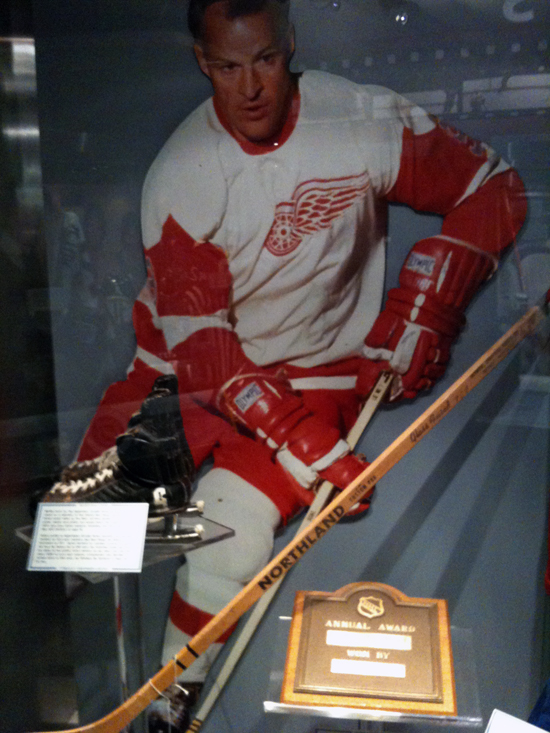 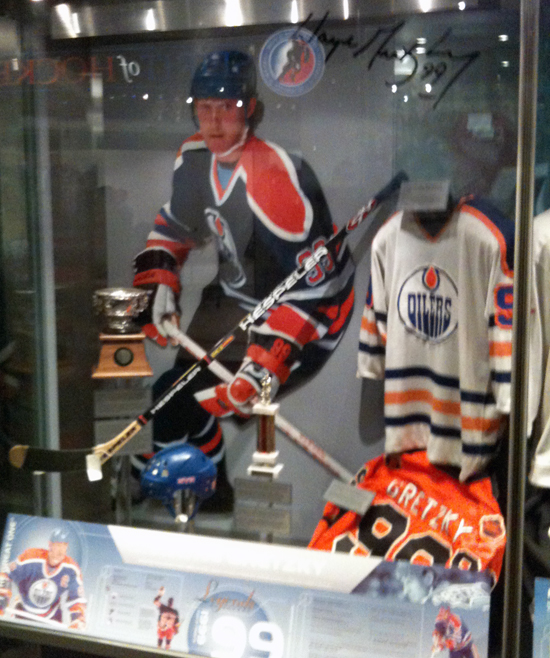 Looking for signature cards of the Great One? UD is the only company that can deliver. 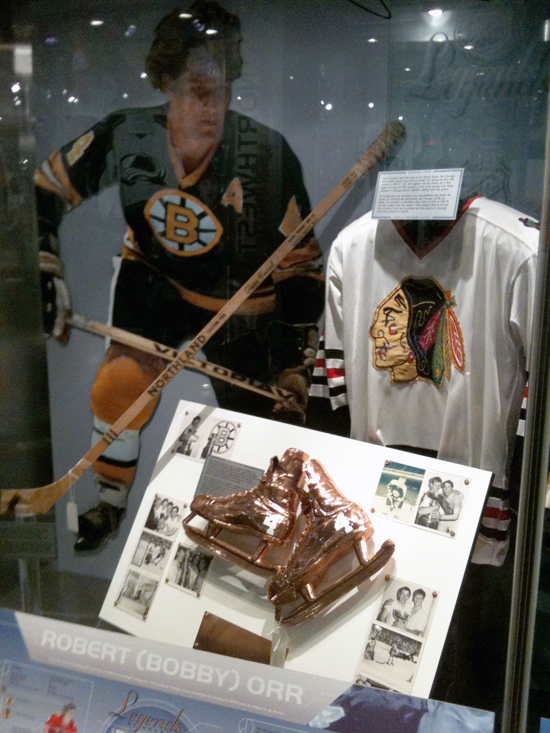 If you want an autograph of the man who scored "The Goal," look no further than Upper Deck! 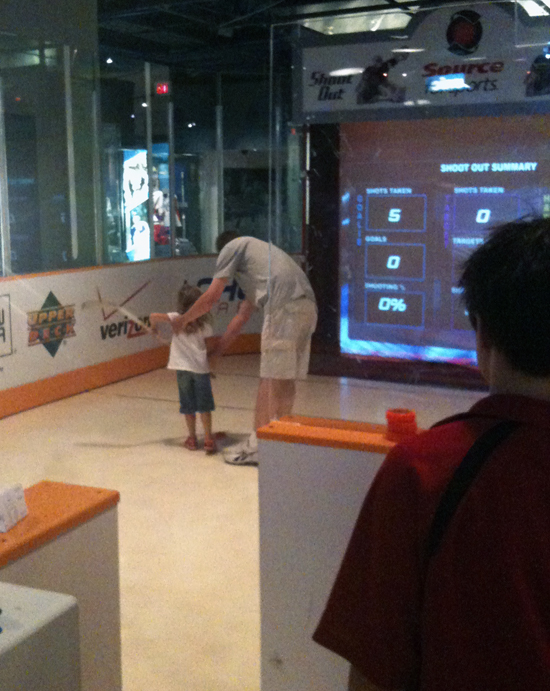 Upper Deck sponsors some of the interactive games at the Hockey Hall-of-Fame. 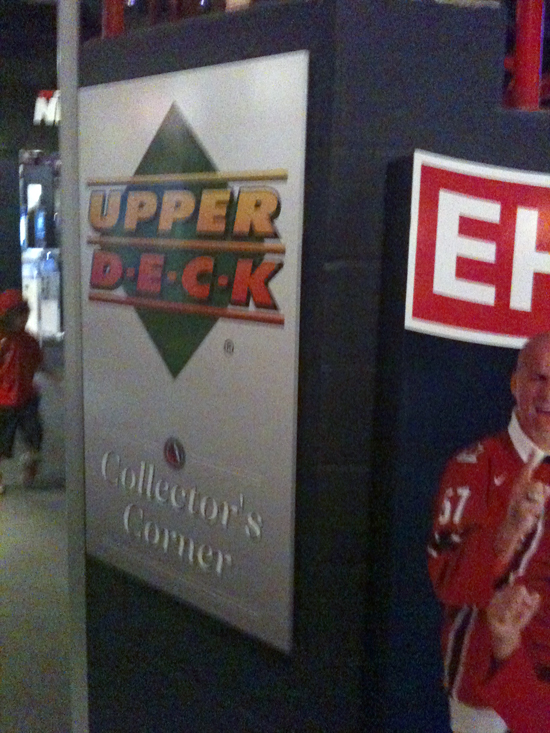 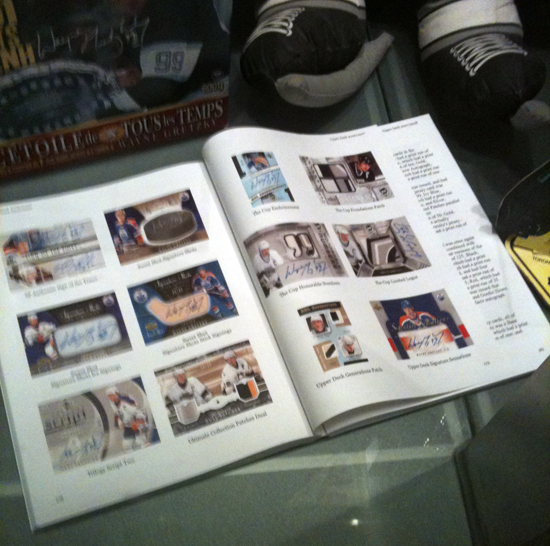 On display at the Hockey Hall-of-Fame is a book showing many of Upper Deck's rare Wayne Gretzky cards.

What is really interesting to note is that not every piece of memorabilia is kept in the Hall-of-Fame. As we found when members of our team ended up at the “Hall-of-Fame Resource Center” in Etobicoke yesterday, there is an eye-popping collection of some very impressive items including meticulously organized program guides, photos, paintings, film reels, trophies, jerseys and more. It was hard to even absorb. What was really impressive was the collection of game-used sticks. What makes this collection so special is that each and every stick was used in a championship game or to score some type of commemorative goal. A few would be cool, but check out how many they have in this secret Hall-of-Fame stash. 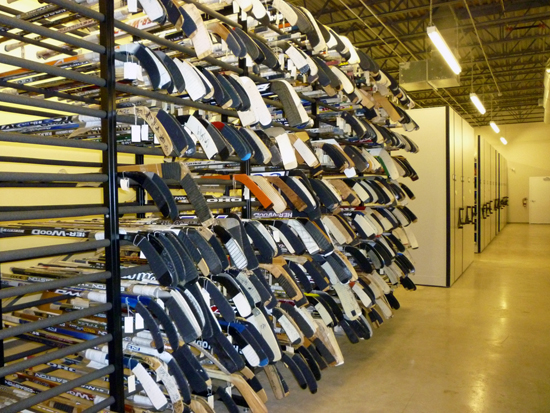 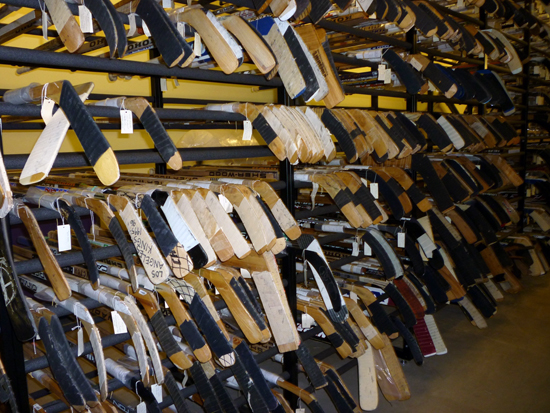 What makes this crazy is that this is only half the racks. We couldn’t get a shot of the other half unfortunately. How do they acquire them? Believe it or not, the vast majority are donated by generous individuals. It was really something quite impressive to go from the Hall-of-Fame to then see all these game-used sticks within the NHL’s private reserve.


That book with all the rare Gretzky cards is made by Jeffrey Griffith and is pretty good. I definitely suggest picking it up, and the title of the book is simply “Gretzky”.


Where can I buy that book? I dont see it on Amazon. Thanks

Jojo – are you located in the US or Canada? Are you on Hobby Insider? My username is gretzkycards on there.