As I sat with friends at one of my favorite Mexican restaurants in Del Mar last night, I kept thinking, “Why do they have this Tampa Bay Rays game on? What about A-Rod’s quest for 600 home runs or Dan Haren’s first start as a member of the Angels?” The audio on the flat-screen TVs was turned way down so I had to wait until I saw a glimpse of the scoreboard to understand the significance of what was happening. Rays right-hander Matt Garza was just six outs away from throwing a no-hitter for Tampa Bay, which would mark the first in franchise history. Our casual conversations came to a halt and we became mesmerized by every pitch he threw over the next two innings.

In years past I might have thought, “I wonder how this one is going to get broken up?” But not this year as 2010 has definitely become the year of the pitcher. Four no-hitters have already taken place this season so it just seemed so much more possible. And while there have been plenty of assumptions in recent years that it is because the ball or maybe even the players were “juiced,” there’s no denying it has been exciting to watch pitchers at the top of their games. 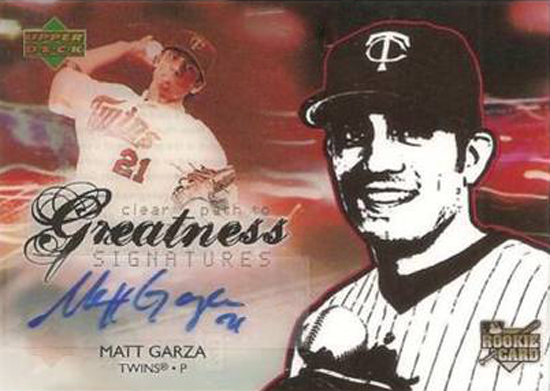 We laughed about how nervous we would be if you were an infielder in this situation and got a line drive directed our way, but you just would have to make the play. And that’s another thing that makes no-hitters so truly awesome; it really is a team achievement as you see players hustle like crazy to make plays for their pitcher and for the team. Rightfielder Ben Zobrist made an amazing leaping catch early in the third inning that will likely be forgotten, but it was critical in helping Garza make history. It just shows how important every play is and if your team is behind you, good things can happen. If you don’t believe me, then just ask Carlos Zambrano how he feels about that. 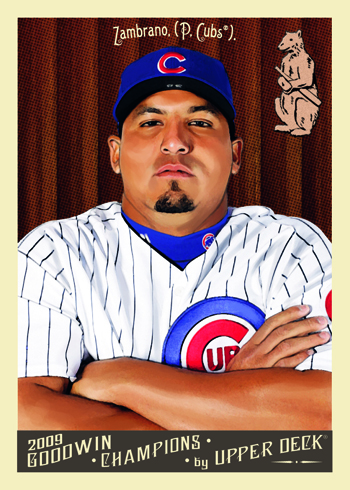 On June 25th Carlos Zambrano launched into a tirade after giving up four runs in an inning because he felt his team didn't have his back.

It was great television as we watched Garza get the no-no. Especially considering the Rays have made a habit of being on the receiving end of no-hitters with Mark Buehrle (White Sox) racking up one against them last season and both Dallas Braden (A’s) and Edwin Jackson (D-Backs) accomplishing the feat against them this season. But with this being the fifth no-hitter of the season – and that’s not even counting the perfect game that Detroit’s Armando Galarraga had stolen from him – one has one has to wonder: Who’s next?

They seem to be striking like lightning this year. And besides Philadelphia’s Roy Halladay, most of the pitchers who accomplished this feat in 2010 are not exactly considered the aces of their staff. So trying to figure out who will be next is like trying to determine when and where the next big earthquake will hit. You just don’t know. 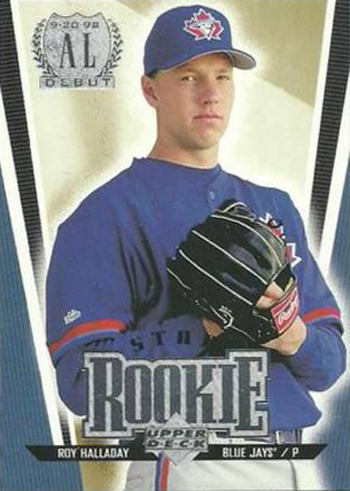 Halladay made history with the Phillies this season by getting his first perfect game.

In the collectibles industry, as more no-hitters and perfect games are recorded during the same season, the trading cards and memorabilia of these players tend to actually depreciate a bit. I guess it seems a little less special the more it gets accomplished. But don’t try telling that to Ubaldo Jimenez or any of the other five players who accomplished the feat this year as I’m sure they’ll tell you it was no easy task. 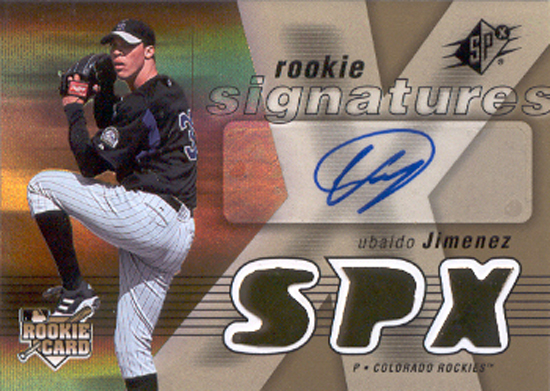 Ubaldo Jimenez registered his no-hitter as a member of the Rockies this season.

We are watching history. It’s a flashback to the pitching dominance of the ‘60s and ‘70s. Embrace it. Collect it. Collecting these players is relatively inexpensive, so why not do it? They’ve accomplished something great in a very special season. There are plenty of rookies this season, but the cost of some of their cards is off the charts (see Stephen Strasburg). Part of the fun of collecting cards and memorabilia is they help bring you back to special moments in sports that gave you goose bumps. There have arguably been six of those moments this year and if you ask me, I think there may be more coming. Just don’t ask me when it’s going to happen next.