This morning I found myself jumping, screaming, shaking and hugging a bunch of dudes. Today I felt pure elation.

Everyone has already heard about the absolutely terrible call against the United States Soccer Team in their World Cup game against Slovenia. The ref called off the game-winning goal of what would have been America’s greatest comeback. The team never got an explanation, and had to face their next opponent in a do-or-die situation. Our boys delivered in a way no one could have imagined. 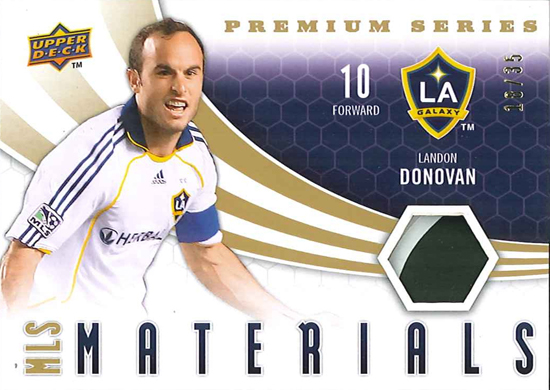 Give us your thoughts on Donovan's amazing goal today and you could win this card. Just click on this card front image and check out our Facebook contest.

The “Yanks,” as they are known around the world, have given up more early goals than any other team in recent history. In the sixth minute of their final group match against Algeria the curse nearly continued. Fortunately for Tim Howard, the American goalkeeper, the crossbar saved the day. One bullet dodged and still more than 80 minutes to play. After that eye-opening moment we never looked back.

Through the entire game the U.S. kept attacking. In the 24th minute Clint Dempsey had a beautiful right-footed goal off a volley, but yet again the ref put down his gauntlet and called Dempsey offside. Arguments can be made about whether or not the call was legitimate, but the resolve of the team was too strong to let it bother them. They kept going. Shot after shot. Near miss after near miss. Surely there had to be a breakthrough.

As the game started to wind down I became more depressed. I was going to have to wait another four years to watch my team battle. This time was worse because the refs had killed us in not one, but two games. I thought for sure there wouldn’t be any stoppage time because the flow of the game had been pretty continuous, but then the fourth official indicated there would be four more minutes. I was shocked and saw only a slight sliver of hope.

In the 91st minute the camera cut away from the U.S. net to show an Algerian player. The camera returned to action just in time to see the ball hit grass and Landon Donovan run on it like a mad man. With perfect skill he threaded the ball to Jozy Altidore who gave a perfect pass in the box to Dempsey. From only six yards out he took the shot, and again, like so many times before, the keeper made the save. This time though the ball just bounced off his gloves, and fortunately for us, Donovan hadn’t stopped running after his pass. He showed up just in time to put the ball left of the goalie and into the net. GOAL! 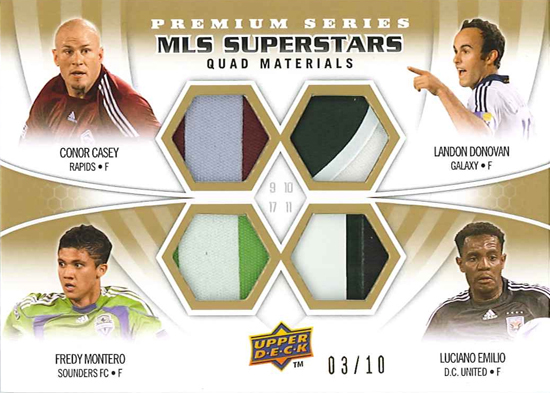 This card will go up tomorrow's on UD's Facebook page as another cool keepsake giveaway!

This is the part where I jumped out of my chair, screamed wildly, felt tingles throughout my whole body and hugged a bunch of guys. I couldn’t believe it. We won!

After the game Donovan went to the podium for his press conference and cried. On Sunday the Yanks take on Ghana, the same team that kicked them out of the first round four years ago. Redemption time? Yeah, I’d say so.

If you haven’t seen the highlights from the game, turn up your volume and click on the link below. In soccer you have to believe. After this…why wouldn’t you?


[…] This post was mentioned on Twitter by Jonathan and UpperDeckBlog.com, Upper Deck. Upper Deck said: RT @upperdeckblog: Thrilling win for U.S.A. today. Read all about it here: http://cot.ag/cwaDuO -TM […]


Great post. This game won over many Americans who may of been on the fence about football(soccer).