It’s kind of interesting that the Chicago Blackhawks met up with the Philadelphia Flyers because these two teams have played in the last two NHL Winter Classic games on New Year’s Day. Both teams lost their Winter Classic games, but none of that will matter if they can bring home Lord Stanley’s Cup. As the exclusive NHL trading card manufacturer at the time, Upper Deck was there this January at Fenway Park when the Flyers took on the Bruins. 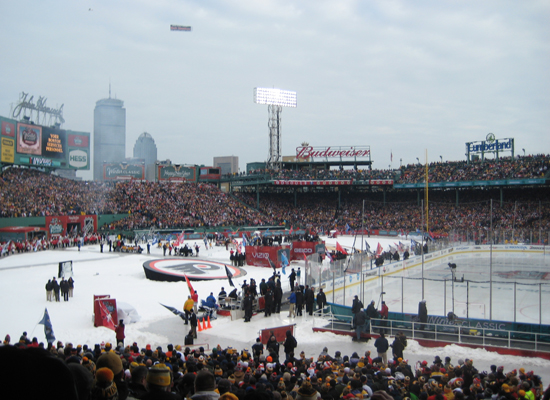 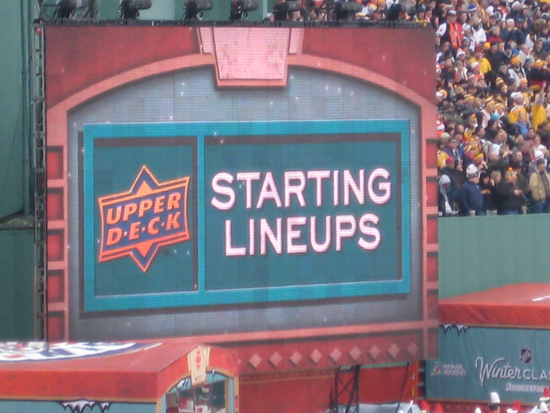 One of the cool things we had around the stadium were some huge blow-ups of some of the different players. I don’t think blow-up is really an accurate term. They were about 15-feet long. Anyway, I was down in the warehouse today and I saw the Patrick Kane banner being packaged to go to a distributor in Chicago to use for a promotion. I had to get them to lay it out for me so I could grab a few shots. 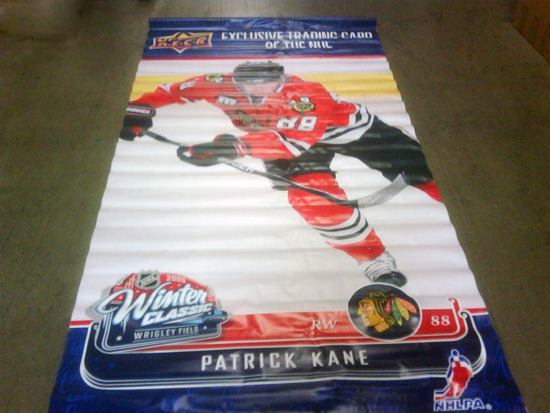 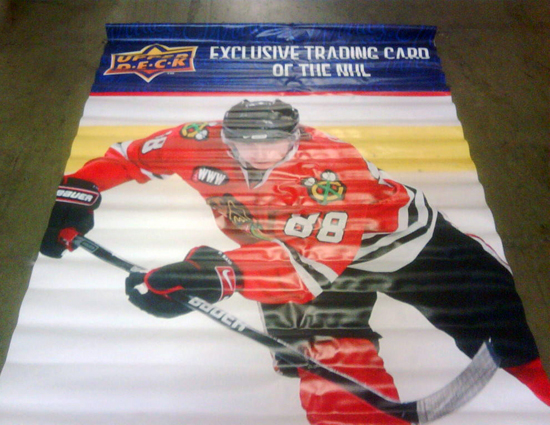 This will likely go to a hobby store owner in the Chicago area which is really cool, just as long as they have a wall that can fit it. The Flyers are starting to put up a fight to make this a series, but if this 10-foot Patrick Kane got in there, it would likely be over after Game 4 tonight…

Worthy of note, the 2011 NHL Winter Classic should be pretty awesome taking place at Heinz Field where Sidney Crosby and the Pittsburgh Penguins will take on Alexander Ovechkin and the Washington Capitals. Should be a great game! 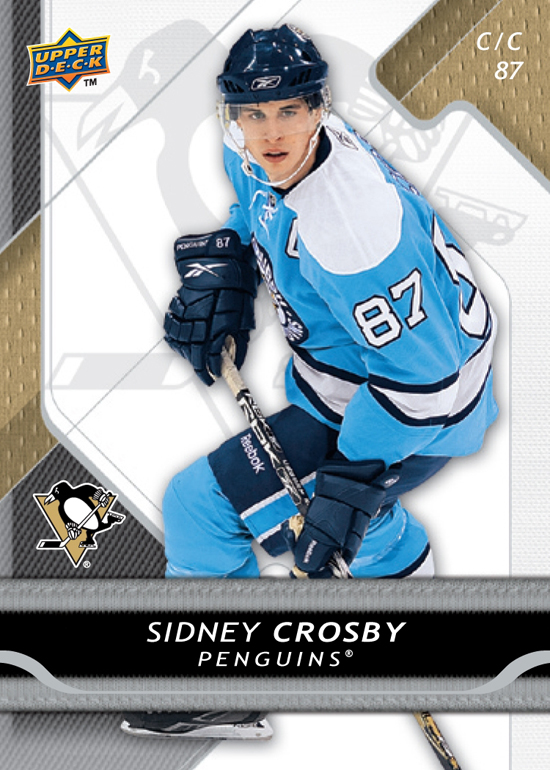