LeBron James and the acronym “MVP” are going to go hand in hand for the next several years. Like Kobe Bryant before him, LeBron was just named the NBA’s league MVP (for the second straight season, no less). He tallied 116 of the 123 total first-place votes. In a word: Wow. It’s always nice to see one of our athletes do so well, but it’s hardly surprising. After all, Upper Deck has consistently partnered with some of the top athletes in their chosen profession for years, so why not team up with a superstar hoops standout like LBJ? We’ve had him under an exclusive autograph contract since June 2003. 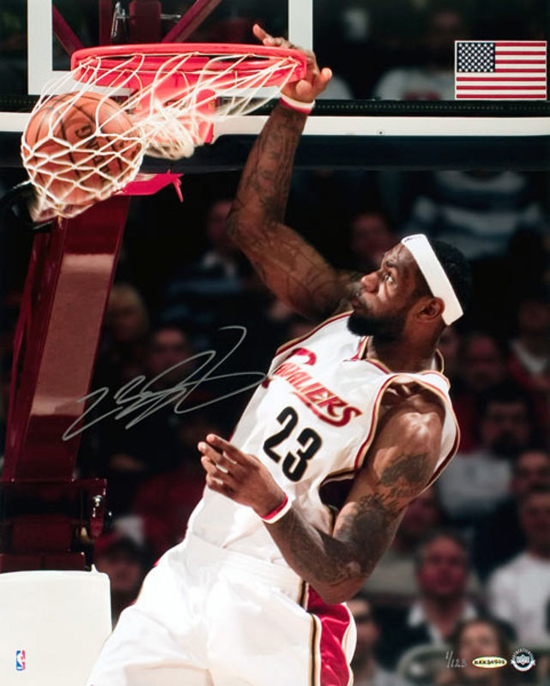 This past NBA season was a study in durability as far as I was concerned. Would Kobe dodge the injury bug? Would LeBron stay healthy? Would Paul Pierce and Kevin Garnett’s 30-something-year-old bodies start breaking down over the long haul? Everybody knew going into the season that it would likely come down to the current eight teams still in contention for the title, but how many of us were secretly hoping that LeBron and Kobe would go head-to-head in the Finals? As a sports fan, I was. But as a Celtics follower for the past 40 years, I was kind of hoping the Big Three (Ray Allen, Garnett and Pierce) would emerge with Beantown’s 18th banner.

As we head into Game 2 of the Cavaliers/Celtics series, we see that LeBron’s twitchy right elbow isn’t so bad after all. That funny bone tweak of his didn’t exactly wreak havoc on LeBron’s high-percentage dunks in Game 1’s 101-93 Cleveland victory. I mean, he only poured in 35 points on 12-for-24 shooting from the field while nailing eight of his 11 free throws. And not one of them required him to try his left-handed shooting touch from the charity stripe. On paper, the Cavs should roll in this series, but it’s the luck of the Irish – and the ghost of Red Auerbach – that makes it difficult for anybody to bet against the C’s. 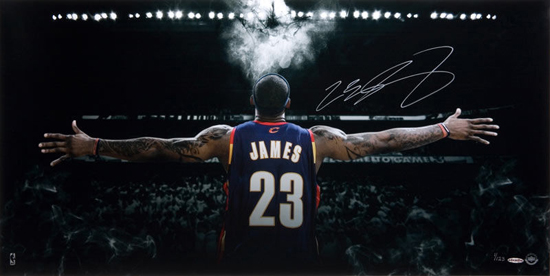 Over in the Western Conference, we see the Kobe-led Lakers starting to take form following a somewhat hair-raising first-round series against the upstart Thunder of Oklahoma City. After outlasting the Thunder, the Lake Crew opened up their best-of-seven Western Conference semi-final battle against Utah with a 104-99 victory. Ever after losing the lead in Game 1 with less than three minutes remaining, the Lakers and Kobe still found a way to win. The fact that Bryant poured in 11 of his 31 points in the final four minutes only added to his legend.

I think it will most likely be Kobe and company squaring of against LBJ and the Cavs in this year’s NBA Finals. But it’s always fun watching the guys earn their plane rides.


[…] This post was mentioned on Twitter by Jonathan. Jonathan said: LeBron Wins MVP: Ho-Hum: LeBron James and the acronym “MVP” are going to go hand in hand for the next several year… http://bit.ly/diEflc […]


Sure he’s been a good revenue maker for Upper Deck, but….
LeBron is a flash in the pan “wanna be” compared to the iron-men of old.
He’s still getting established – for my money he’s just a babe. Gimme Larry, Magic, Hondo, Wilt and Kareem. Those are a few of the standouts who proved themselves again and again and again. Flash forward to 2015 – will LeBron still be holding court??? Let’s see.