Come Down Off the Ledge Cleveland Fans

Many of you may have read some of the posts here from my main writing partner on the Upper Deck Blog, Terry Melia. And as you may be aware, he’s a die-hard fan of all teams that hail from Boston. I couldn’t let him do another story about the greatness of Boston and how the Celtics are playing such inspired basketball so I begged him to let me take today’s column, and I also challenged him to a bet.

It probably wasn’t the smartest bet, but hey, I believe in “The Chosen One.” If LeBron James comes back to lead the Cavs over the Celtics in the next two games, Terry will produce a column next week on the 23 reasons why LeBron is the greatest player in the league right now. In turn, if the Celtics do wind up winning the series, I’ll do a special entry next week on the 17 reasons (one for each Beantown banner) that explains why Boston is the best franchise in the NBA. As a Laker fan I have to say, losing this bet would really suck. 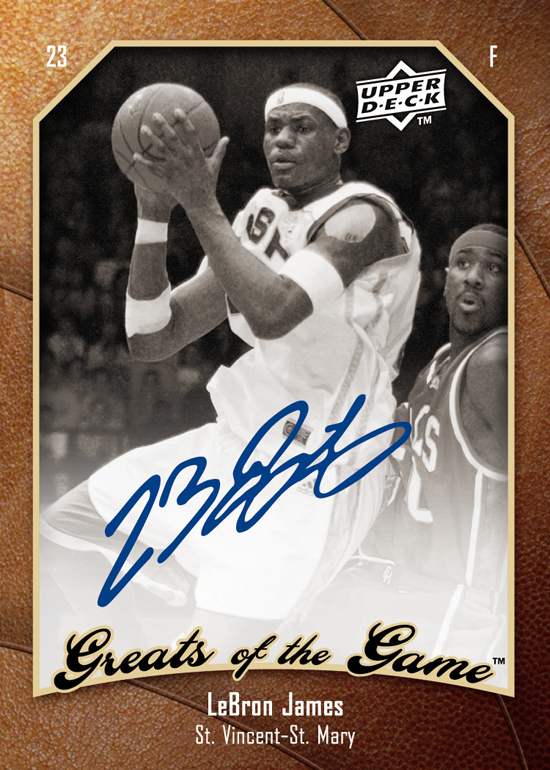 He's been "The King" since high school in Ohio. Don't lose faith in your king Cavs fans.

So for now, I want to confess to you all that I have a very guilty pleasure. I listen to at least an hour-and-a-half of sports talk radio a day. It’s not easy to admit, nor is it something I’m proud of, but it’s a part of my routine and I don’t see it stopping any time soon. And all I could think about as I listened intently yesterday and earlier today was, “ENOUGH!”

To the layperson, you would have thought Cleveland lost the series to Boston on Wednesday night and the talking heads on talk radio (whom I love) were already abuzz about where LeBron would be playing next season. I even heard someone say he’s going to San Antonio. Really? You think the Brett Favre retirement stories are tough? The “Where’s LeBron going to wind up?” story is going eclipse that easily. But here’s the thing: the season isn’t over for the Cavs, the fat lady hasn’t sung and LeBron is still a member of this team.

Yes, King James had an awful Game 5 and he probably didn’t provide the best post-game comments, but he is still the two-time reigning league MVP. He will put the team on his back and get it done in Boston tonight. And I’m not saying that just because I despise Boston. You can’t tell me you’d be surprised if he went off for 40-plus tonight to lead the Cavs to victory and a Game 7 clincher back in Cleveland. Yesterday and today, people have been talking about where he’ll be next year and the fact this season is over because he is playing with a broken elbow. Come on. Enough! 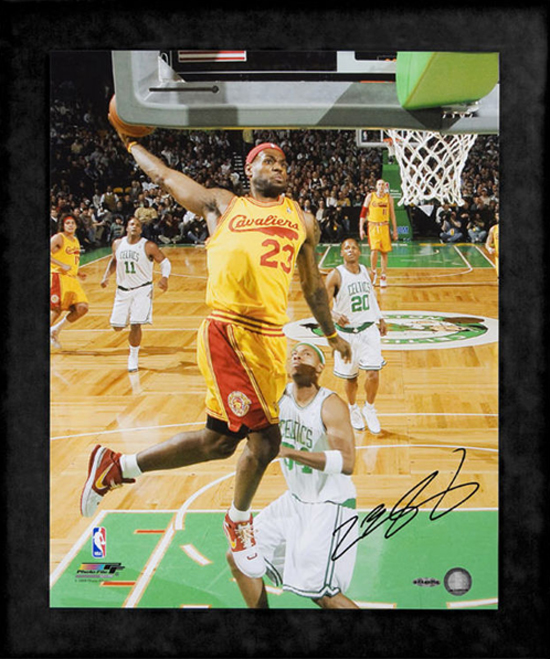 Not much you can do to stop this Paul Pierce!

Come down off the ledge Cleveland fans. You’re still in this. You’ve got the best player in the league playing in a huge game. Embrace it. Enjoy it. And to help inspire you, I am going to share some excerpts from some of the greatest motion pictures of the last century. Let the words of these cinematic legends pour over you and give you the confidence you need to take this series home where LeBron can do what he does best: win!


Pretty cool looking card LeBron card. The Cavs fans need to chill a bit and look forward to a pressure pack game tonight. After all, isn’t this what you want as a fan. An emotionally charged connection to a sporting event. Enjoy it!!!

On a totally dif subject, I suddenly have the urge to run 26.2 miles.