Tiger’s Return: Out of Sorts, Not Out of Synch

If you watched the final round of the Masters on Sunday, you couldn’t help but root for eventual winner Phil Mickelson at the same time you were probably hoping Tiger Woods would catch him. These two great golfers staged incredible final rounds at Augusta, but Phil’s five-stroke lead over Woods in the end was simply too much to overcome. The latter had run out of holes and chances by the time he was walking up to the 18th green. And for us at Upper Deck, it was another chance to root for the guy who has signed autographs exclusively for us since 2001. 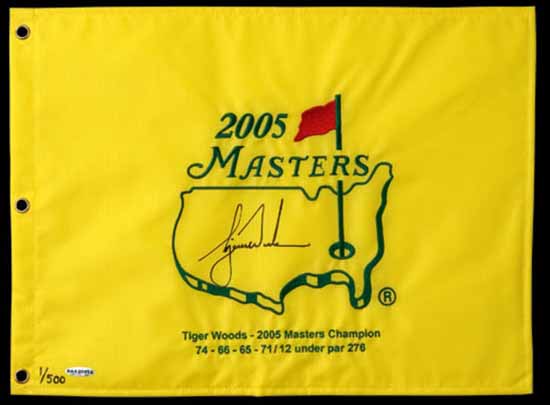 To watch Tiger’s return to Augusta this past week was to watch a man seeking redemption out on the golf course, his preferred sanctuary. Like the Tiger of old, he came out with both guns blazing on Thursday, posting his best-ever first-round score: 68. Despite all the peripheral noise that has enveloped his life since the infamous car crash back on November 27, Woods appeared focused, determined and just four strokes off the lead. It was good to see him back in the thick of things; I couldn’t help but find myself trying to count how many bogeys Phil would need to register and birdies by Tiger to lock things up.

Despite his valiant play, staying in contention but never sitting atop the leader board, Tiger could never close the gap. When Sunday’s final round began, he once again found himself four strokes back, trying to catch the likes of Lee Westwood and Mickelson. He got as close as three strokes off the pace, but couldn’t get any closer. And when he bogeyed No. 14 – putting himself back to -7 – his quest for a 15th major and fifth green jacket had pretty much ended. 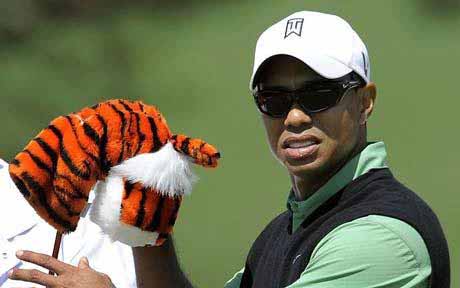 Tiger during Round 2 action at Augusta on Friday.

By contrast, Mickelson, who himself had endured a tumultuous year with both this wife and mother contracting breast cancer and battling just to stay alive, was hitting the shots of his life from the most precarious lies and found himself at -15 as he approached the 18th tee. A miraculous second shot from 207 yards out on 13, a lie that had his ball resting on straw behind a pair of trees, sealed the deal for Lefty. He split the trees and laid it up three feet from the hole. He two-putted, but the MoJo was working. Mickelson would not be denied this day. His third green jacket was just five holes away.

Speaking of five, that’s how many strokes Woods finished behind Mickelson. Not bad for a guy who hadn’t played competitively for 144 days, not since winning the 2009 Australian Masters on November 15. But not enough to put him back atop the golf world just yet.

We’re still waiting for No. 15 to happen, and when it does, watch out. We’ll continue to root for El Tigre. Even with the obstacles, he will win again and when he eventually surpasses Jack Nicklaus’s all-time majors’ mark of 18, the golf world will once again be re-energized. Despite what you think of the man, the competitor named Tiger Woods is good for golf. He brings his “A” game every time out and battles tooth and nail. And in the end, that’s really the reason we watch. Because guys like Tiger and Phil can make magic happen with a golf club.