Not a Slam Dunk Yet

Watching the NBA playoffs over the past two weeks, it’s become painfully obvious that no single team is head-and-shoulders above the rest. In fact, after watching the Lakers get spanked twice in Oklahoma City (the second loss by 21 points), it’s actually been a lot of fun following the early action. You see, I hate the Lakers and I’m not a Kobe Bryant fan, so to see him get called for fouls (any fouls) is a welcome sight. Too often the “Jordan Rules” apply to guys like Kobe, LeBron James and even my guy, Paul Pierce, so to see the league’s elite personnel getting hammered by the zebras from time to time is very cool indeed.

We are watching history once again and it’s not a total stretch to predict the Cavs squaring off against the Thunder in the Finals. Granted, I don’t think that eighth-seeded Oklahoma City will actually win the Western Conference, but wouldn’t that be great to see? After all, 21-year-old wunderkind Kevin Durant did win the scoring title this year (30.1 ppg) and his teammates do appear hungry, especially after feasting on the prime-time Lakers at home. Tonight’s game might spell a different ending as Kobe does seem a bit miffed with all the “no calls” coming his way lately. But we’ll just have to see how things play out in L.A. After blasting the Lakers by a combined 26 points, you better believe the Thunder feel adequately rejuvenated. 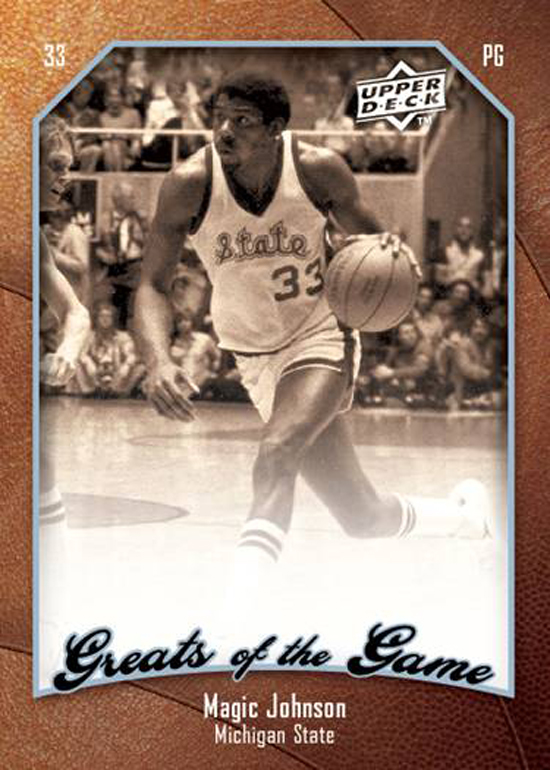 I bet the Lakers and Phil Jackson wish they had Magic on their roster.

With apologies to the remaining Western Conference tandems – Spurs/Mavs, Trail Blazers/Suns, and Jazz/Nuggets – I need to move my rant over to the Eastern Conference where I truly believe this year’s NBA champion resides. And no, I don’t think the winners of either the Magic/Bobcats or Hawks/Bucks series will vie for the coveted ring in June. Instead, it will come down to either my beloved Celtics, who currently own a 3-1 advantage over the Heat, or the LeBron-led Cavaliers, a team that’s never won it all, but has come awfully close.

In theory, the Cavs are younger and – you would think – hungrier than the aging Celtics, but you can’t ever bet against the Beantown Leprechaun. I watched guys like John Havlicek, Dave Cowens and Jojo White perform miracles out on the parquet floor during the ‘70s and then proudly witnessed new miracles being staged by magicians like Larry Bird, Robert Parish and Kevin McHale during the ‘80s. A certain team from Chicago did own the ‘90s, but the Celts have tasted victory in the new millennium and this year’s Eastern Conference winner will go through Boston. I’m certain of it.

Now let’s kick back and see who wants it more. Who’s your team? I’d like to know.